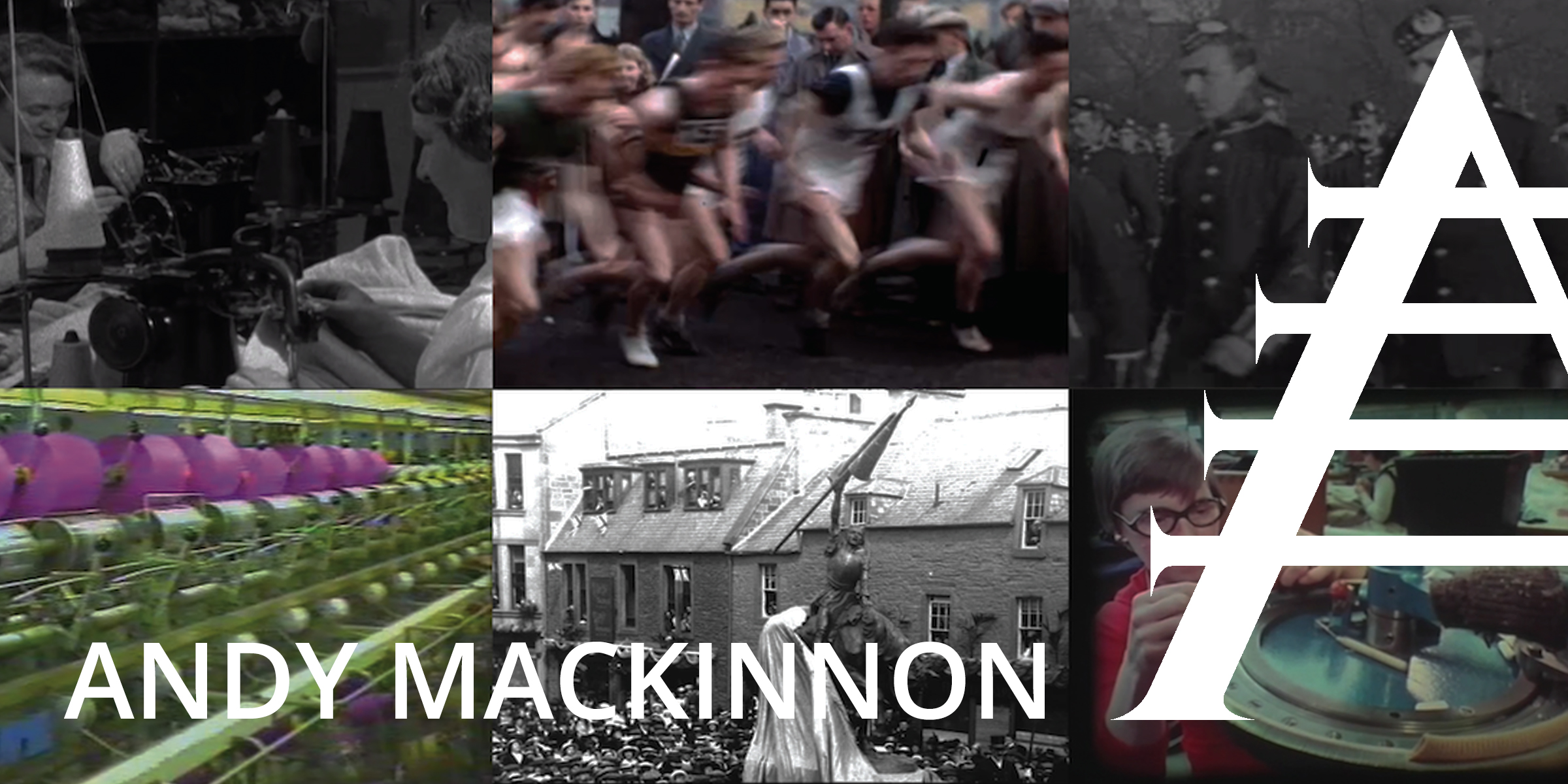 Waterwheel is a permanent film installation by artist Andy Mackinnon, which reanimates the Victorian mill wheel beneath the café bar in Heart of Hawick’s Tower Mill. Inspired by the spinning mill wheel, cinema reels and early cinematograph technology such as the zoetrope, the multi-channel video work brings the waterwheel to life through moving-image projection, including sequences of locally sourced archival film and home movies reflecting aspects of Hawick’s social history and rich textiles heritage.

Waterwheel was commissioned by Alchemy Film & Arts, with support from Live Borders and Creative Scotland’s Performing Arts Venues Relief Fund, as part of The Teviot, the Flag and the Rich, Rich Soil, our programme of residencies, commissions and community engagement exploring the borders, boundaries and lines of Hawick. 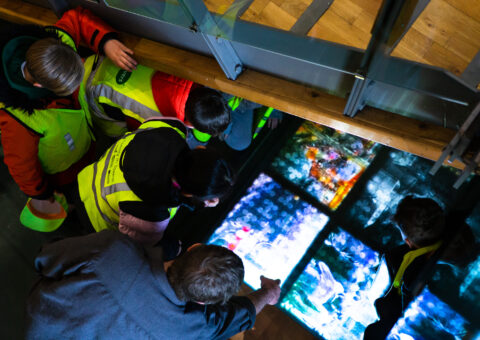 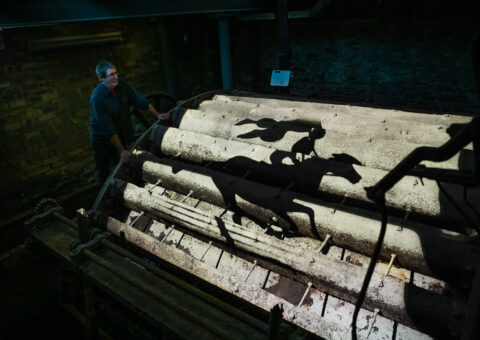 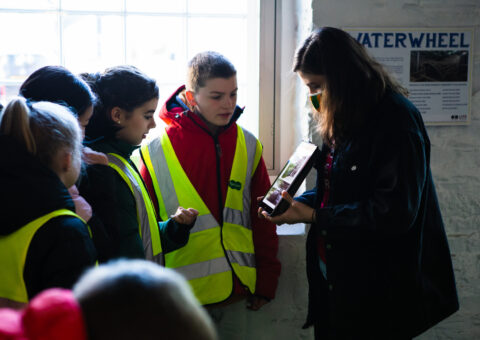 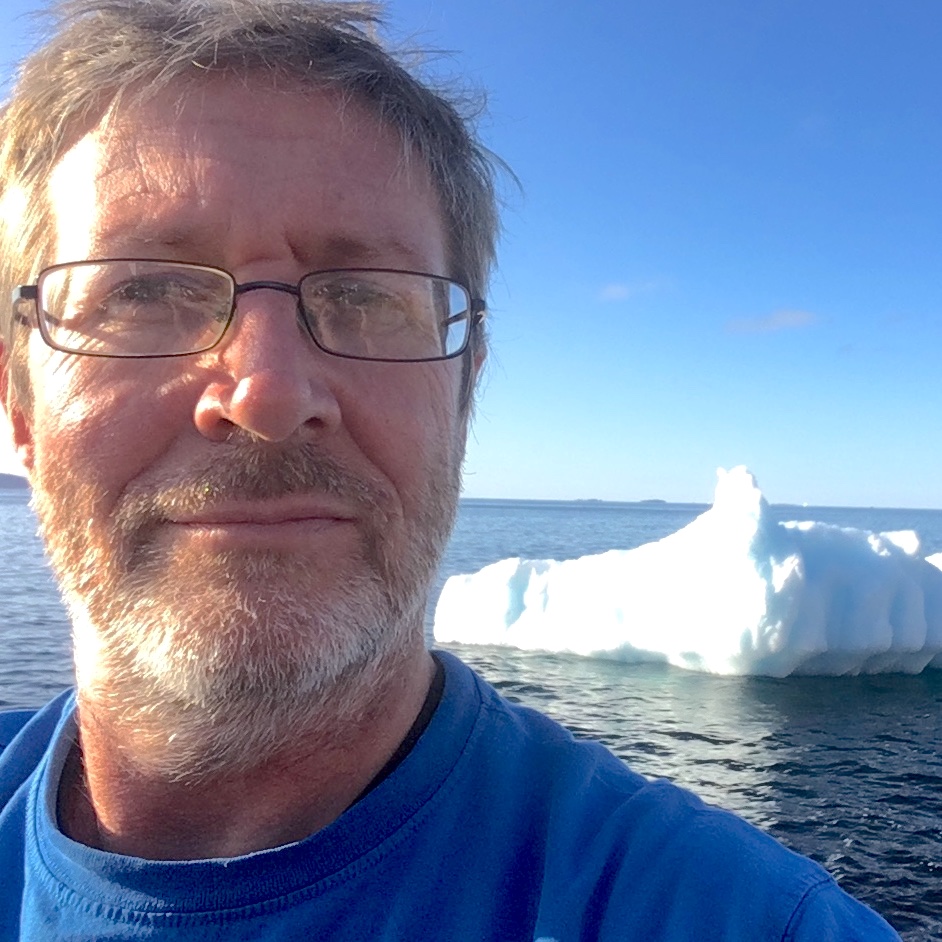 Andy Mackinnon is a filmmaker and curator based on the Isle of North Uist in the Outer Hebrides. He was director, cinematographer and producer of TRANSITION, the first Scottish documentary to make the official selection at the International Documentary Festival Amsterdam in 2000, where it was lauded as “an experimental cinematographic indictment of pollution.” The film was also nominated for a Scottish BAFTA.

Andy has curated the visual arts and moving image programme at Taigh Chearsabhagh Museum & Arts Centre since 2003. Prior to that he worked in creative and collaborative film and video production, and was a key player in the Glasgow Film & Video Workshop (now GMAC) for many years. He is currently developing various creative documentaries around the issues of climate and culture.