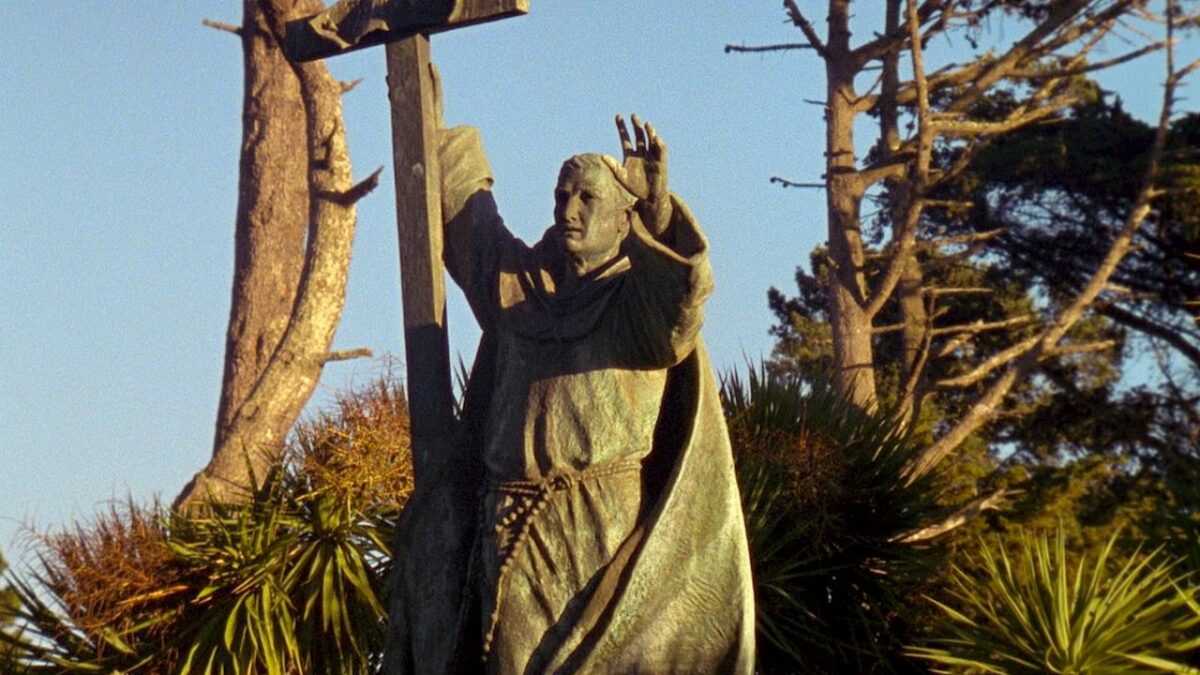 The film will be viewable online for 48 hours from 10am on Friday 17 July. The film will be accompanied by a pre-recorded conversation between Jenni Olson and Michael Pattison, Alchemy Film & Arts’ Creative Director.

SYNOPSIS
More than five years after its first public screening, Jenni Olson’s feature is in some ways the quintessential lockdown movie: a story of longing told through images of quiet, depopulated landscapes in which, as per its own narrator’s words, nothing happens. As an essay film named after an historic, 600-mile route between Los Angeles and San Francisco, however, The Royal Road also takes wry pleasure in its own joyful meanders, exploring connections between love and nostalgia, Hollywood and myth, California and colonialism, as well as the Mexican-American War, Hitchcock’s Vertigo, queer identity, and the Spanish missionary Junipero Serra, whose real-life statue in San Francisco’s Golden Gate Park – as seen in the film – was recently toppled.

The full lineup of DIVE IN can be found here.