belit sağ is a videomaker and visual artist living in Amsterdam. She studied mathematics in Turkey and visual arts in the Netherlands. Her background in moving images is rooted in her work within video-activist groups in Turkey. Her ongoing artistic and moving-image practice largely focuses on the role of visual representations of violence in the experience and perception of political conflicts in Turkey, Germany, and the Netherlands. Her video works are distributed by LIMA. 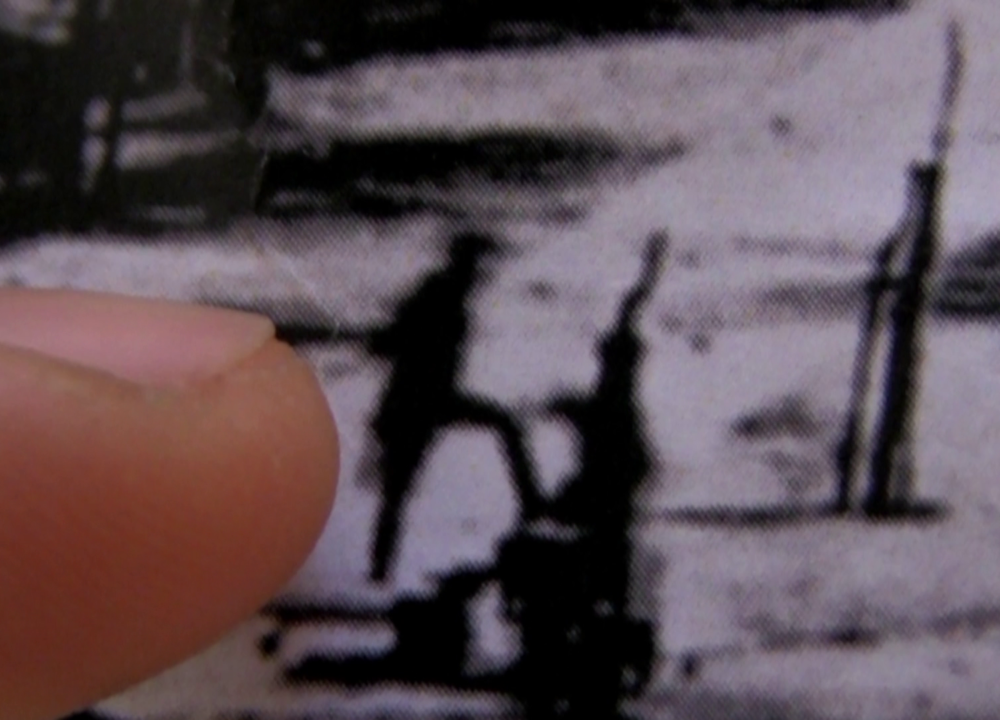 SITDOWN
Listen to a conversation between artist in focus belit sağ and the programme’s curator, Almudena Escobar López, whose contextual essay can also be read below.

A transcript of belit and Almudena’s conversation can also be read here.

All the images filmed by belit sağ gaze back at us. They can be felt, smelt, touched, squeezed and heard. Through re-telling, gesture, collage, and text, she resists institutionalized history, examining how ideology is inscribed in images.

Following Harun Farocki’s analysis of photography as an ideological in/visible construction, sağ questions the ‘truth claim’ associated with the indexicality of photography, negotiating the thin line between reality and constructed truth. Her film essays – or, as Farocki called them, ‘forms of intelligence’ – articulate how visual media shapes experience. They do so in a manner that generates fixed generic audience positions and hierarchies.

This program includes sağ’s video essay work, found-footage short videos and some examples from her time as a member of the video-activist collective VideA during the early 2000s in Turkey. Her origins in direct video practices and her relationships with archives create an open playground where knowledge is generated through the friction between facts and subjective fiction. Her ‘expanded viewing’ invites audiences to develop close relationships with events in which they did not participate. Memory displays itself as a modular space of interconnections, and storytelling becomes a closer way to look at facts. For sağ, images are durational points in time that can be rewound and forwarded. This temporal flexibility explores the hierarchical structures of image production questioning the intake of images, their impact and their later processing by the subject.

Images in contemporary life are seamlessly integrated in our field of vision, a naturalised extension of the body. This reality has become especially apparent given the increasing reliance on screen-mediated social interaction necessitated by the pandemic. Technology is a utilitarian tool to learn and employ reality. In contrast, sağ, with her focus on the interrelatedness between aesthetic and political questions, presents the technology behind image-making as a form of mediation. Her films are a live activation of the archive, an invitation to perform in unison with the images cohabitating the space with sağ herself. By disrupting the circulation of images and questioning their meaning, sağ reminds viewers that they are already inscribed in the image and that their gaze is always determined by political parameters of visibility.

sağ’s focus is not on seeing as a form of truth and meaning, but rather on the im/perceptible formal properties of production and circulation; and on the positionality that they generate.