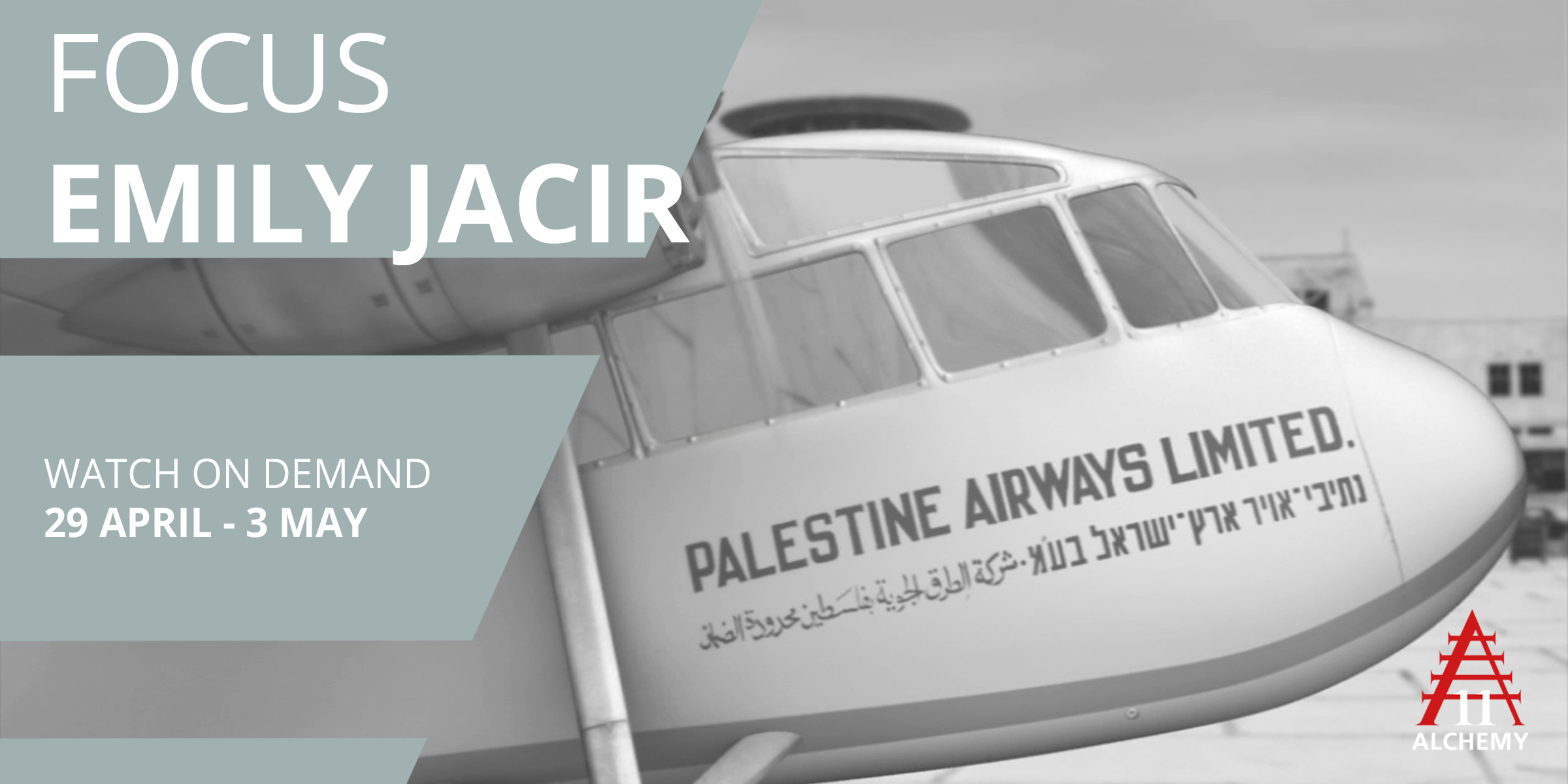 Emily Jacir is an artist and filmmaker primarily concerned with transformation, questions of translation, resistance and silenced historical narratives. Her work investigates personal and collective movement through public space and its implications on the physical and social experience of transmediterranean space and time. Jacir has built a complex and compelling oeuvre through a diverse range of media and methodologies. She is the recipient of several awards, and is the Founding Director of Dar Yusuf Nasri Jacir for Art and Research in Bethlehem. 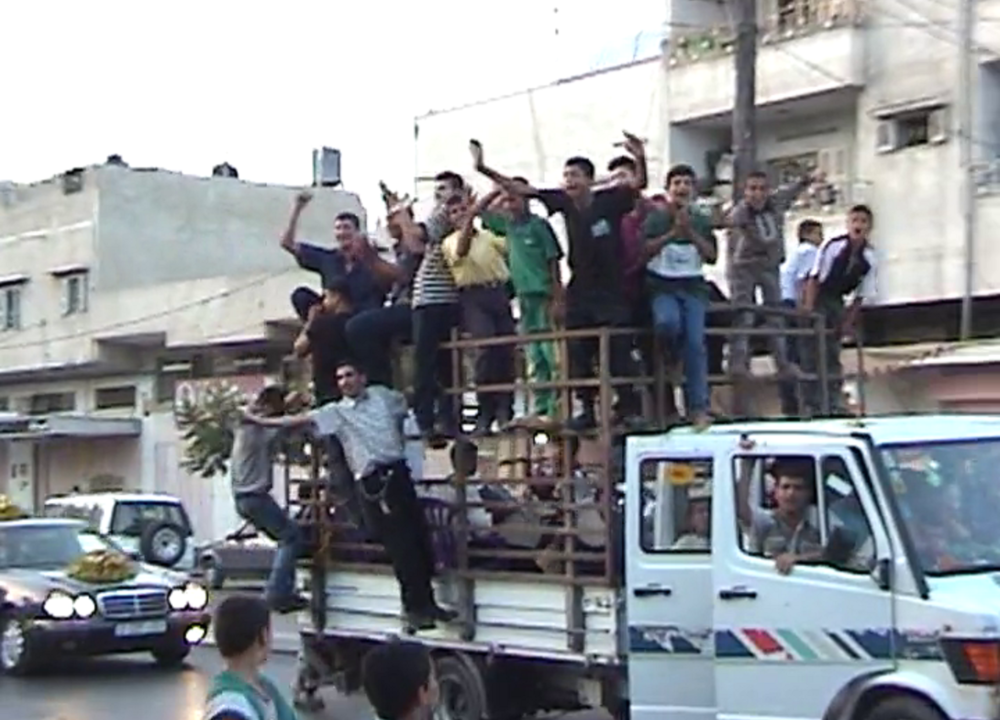 SITDOWN
Listen to a conversation between artist in focus Emily Jacir and writer Yasmine Seale.

A transcript of Emily and Yasmine’s conversation can also be read here.

Things are calm on our street, but I’m not sure how long that will last…
— letter to a friend (2019)

This Focus programme brings together three of Emily Jacir‘s moving-image works, including her first, 15 Palestinian Minutes in Palestine (1999), and her most recent, letter to a friend (2019); the programme begins with a short film that Jacir made ten years after the former and ten years before the latter. Radically different from one another in style, these films – individually and especially together – examine and express the complexities of absence and bearing witness in relation to Palestinian identity.

Jacir’s is a work of ellipsis, and of elliptical cartography – whereby the black-screen interludes that punctuate the moving-image content of the lo-fi debut short included in this programme contain entire worlds of the unsaid and unseen: two concepts, in Palestine, normalised and integrated into everyday existence. Named after a facility built in the British Mandate of Palestine in 1930, Lydda Airport centres on the story of Hannibal, one of eight planes belonging to Imperial Airways that went missing in 1940 over the Gulf of Oman.

The absence is doubled, the ellipsis compounded. Jacir tells the parallel tale of Edmond Tamari, the transport company employee from Jaffa who, it is said, was told to take a bouquet of flowers to Lydda Airport and wait for Amelia Earhart to arrive so that he may welcome her to Palestine. The arrival never happened. Closure forever deferred.

In letter to a friend, which concerns the violence of erasure through Israeli demarcations of territory, a map tells one thing and ‘reality on the ground’ tells another. This line in the film, spoken in voiceover, points to the opportunities, limitations and dialectical character of mediation and artistic intervention: to film a thing is to map it, reframe it, translate it. To perspectivise, in a word, by calling attention to its perspective; consider that shot, at 28 minutes into the film, of a photograph of paparazzi glaring towards the camera snapping them.

The essayistic/epistolary mode of narration lends such an urgency to the dot-joining, the meandering and navigation of dates, images, timelines, checkpoints. The voiceover is calm and unhurried in its delivery, but is underpinned by a hard-earned apprehension towards a need to preserve. One that ends with the counting and collection of footsteps along a street: mathematics as political method.

YASMINE SEALE
Yasmine Seale is a British-Syrian writer whose reviews and essays on literature, art, myth, archaeology and film have appeared in Harper’s, Times Literary Supplement, The Nation, Apollo, 4Columns, frieze, and the London Review of Books blog. She has translated many texts, classical and contemporary, from the Arabic and French. Translations, poetry and visual art have appeared in Poetry Review, Asymptote, Rialto, Seedings, Partisan Hotel, Wasafiri, Two Lines, and anthologies with Comma and Saqi presses. She is the winner of the 2020 Queen Mary Wasafiri New Writing Prize for Poetry.