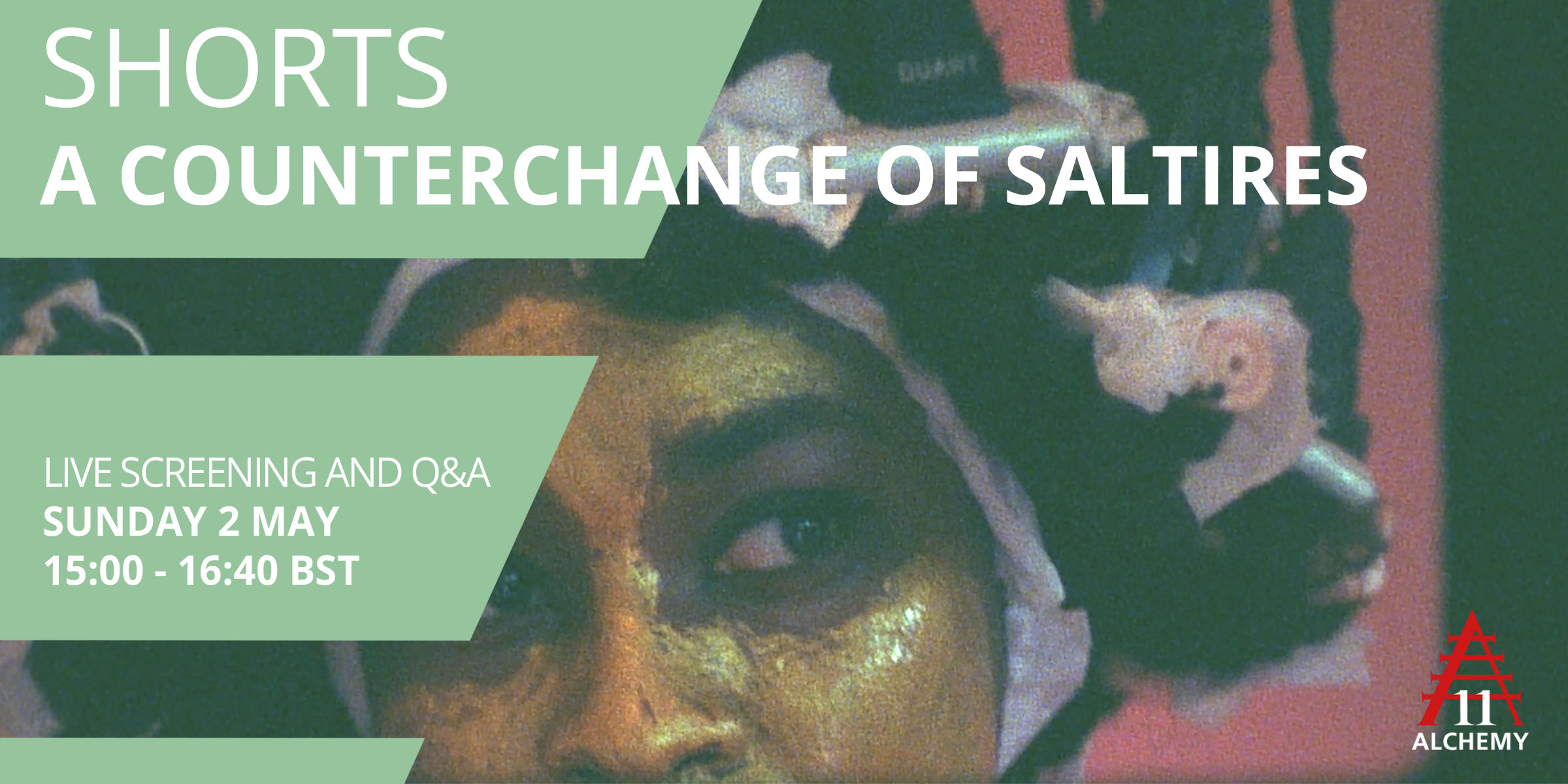 From shorelines to boardrooms, six films interrogate the ways in which identity, institutions and relationships collide.

This programme features six short films examining how identity might be understood, performed and constituted through relationships, sites and institutions. Coasts and seascapes complement offices and salons, in modes including superimposition, animation, drama and re-enactment, and stock manipulation. The programme’s title, which appears in its opening film, alludes to the dualities and intersections each work explores.

We begin at the beach. In Dan Guthrie’s albion, refreshed, an Ankara-print flag in red, white and blue flickers in the wind. Guthrie explores nationalism, identity and xenophobia, and suggests how an alternative patriotism might look when representing a nation shaped by immigration. A repetitive and trudging chorus of ‘Rule Britannia’, a poem of fragmented words from the Wikipedia page for Union Jack and lapping waves at Margate – a seaside resort in proximity to Dover – reinterpret traditional iconography.

Part of a commissioned series around work, Adam Lewis Jacob’s People Meeting in a Room connects a collective of filmmakers and workers with activists associated with Birmingham’s Trade Union Resource Centre in the 1980s. Through voiceover, collage and collaborative practice, Lewis Jacob articulates the importance of listening in, meeting in and occupying space. As a politicised penguin (reanimating and reactivating cartoonist Steve Bell’s original) takes us through numerous political and cultural moments, the film traces the politically empowering benefits of learning to make films together.

In Softer, string music and latex gloves build suspense as Ayanna Dozier highlights the insidious reality of a trip to the beauty salon. Dozier’s use of theatre and spectacle – beauty regime as procedure – make visual the oppressions and contradictions placed on Black women’s bodies, in particular expectations placed on mannerisms, voice and hair. An imposing and discomfiting male voiceover communicates and commands a division between what it means to be female and what it means to be feminine – between a raw state and conditioned identity.

Florrie James’ Red Hawthorn complicates dualities of femininity and masculinity, rural and urban. Movement artist Romany Dear portrays a teenage boy, Hawthorn, lovesick and lonely, living in a village on the West Coast of Scotland. Hawthorn kicks about the sparsely-populated village eating crisp sandwiches and listening to Glasgow’s Modern Institute – an image of anything but rural quaintness. James articulates Hawthorn’s contrasting identities and complex emotional intersections through sudden switches in tone and form: greyscale to colour, quiet to noise, heartache to joy.

In Jennifer Martin’s TEETH – which is also available on-demand, 29 April – 3 May, with audio description for blind and partially sighted audiences – a couple interrogated by UK Home Office agents endures a series of assessments that become progressively performative to evidence their relationship’s legitimacy. The office space becomes a theatre stage for a gruelling audition of acceptability. Awkwardness quickly escalates into surreal horror, while an all-White panel including a man forever grinning/teeth-bearing looks on. Based on the reality of spousal visa application processes, TEETH communicates the emotional labour, scrutiny, and inhumanity of a process designed to evaluate, judge and apply intrusive formulae to the unquantifiable.

In Green Remembrance, William Hong-xiao Wei takes us back to the beach. Manipulated film stocks frame a love story in vivid and vibrant abstract greens, purples, pinks and blues. Wei plays with absence and presence, human and landscape, through fragmented images and dialogue exploring the agency of objects and the reliability of the image. Simultaneously inviting and elusive, the film is a beautiful questioning of storytelling, image-making, authorship and perspective. 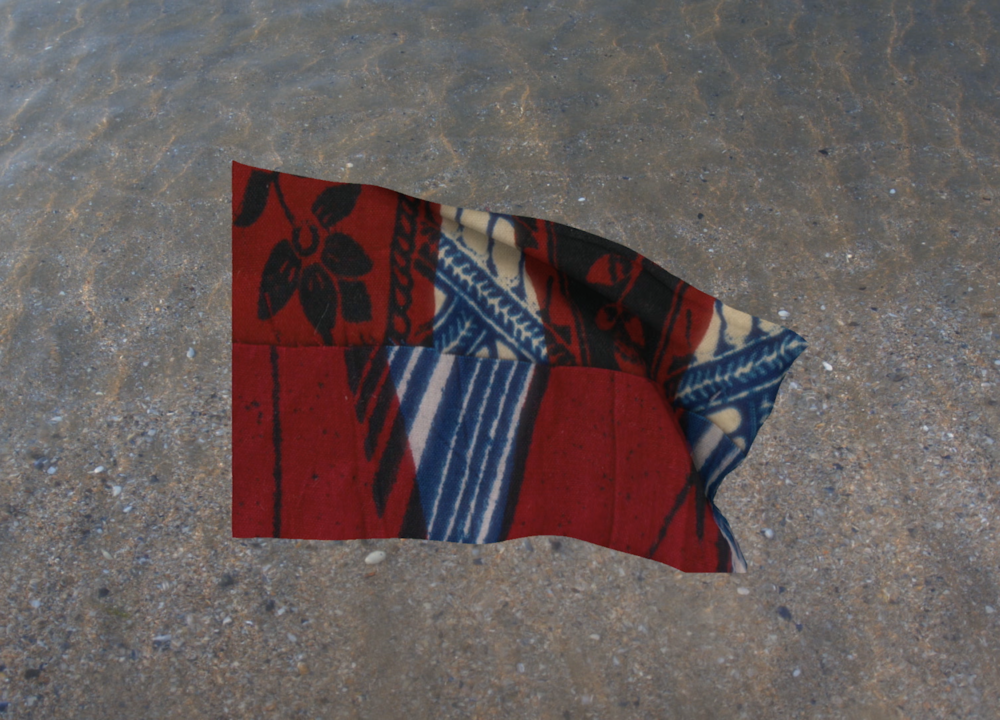 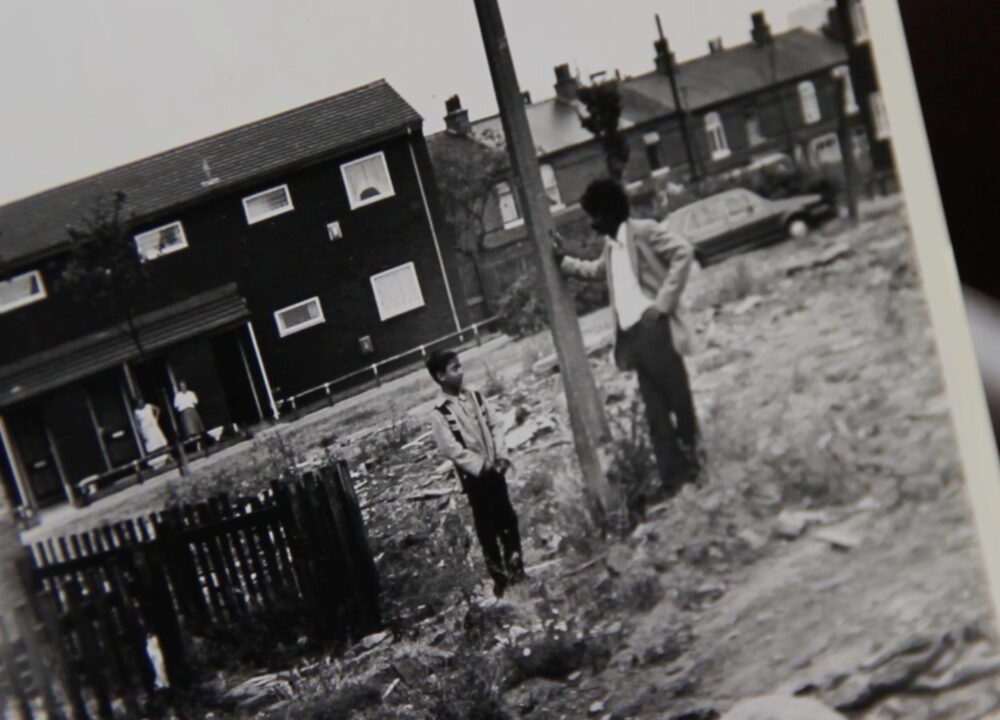 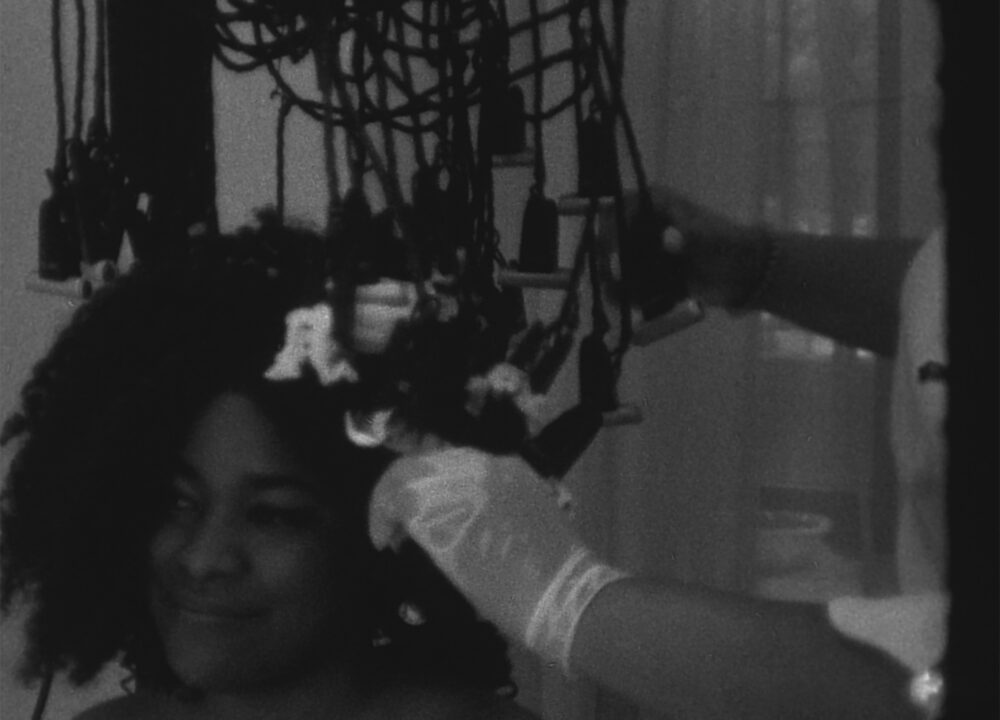 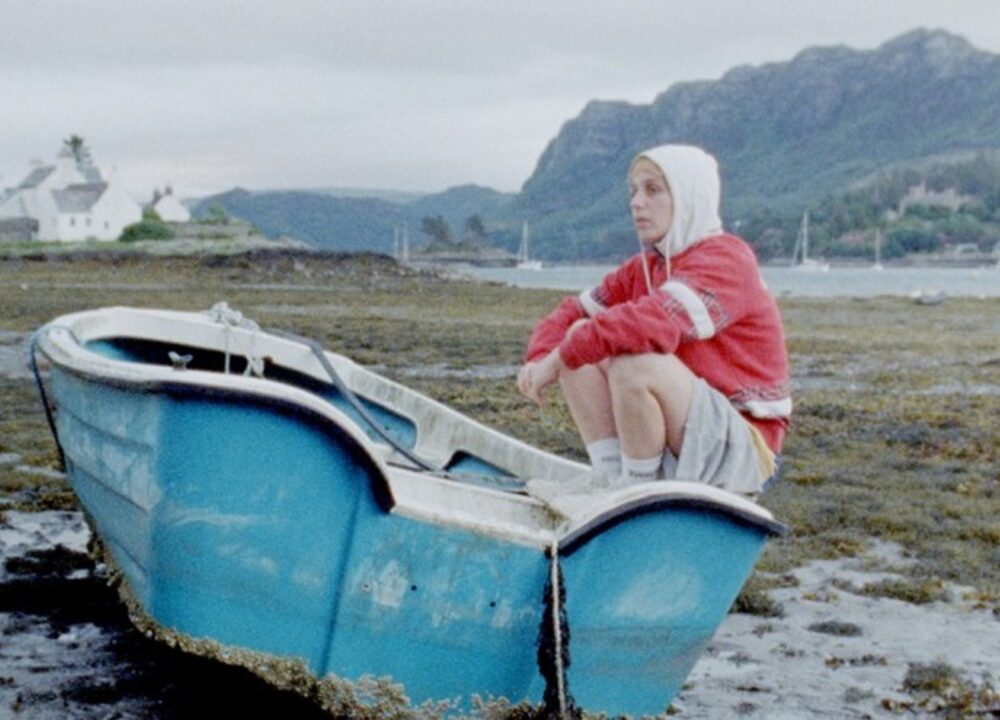 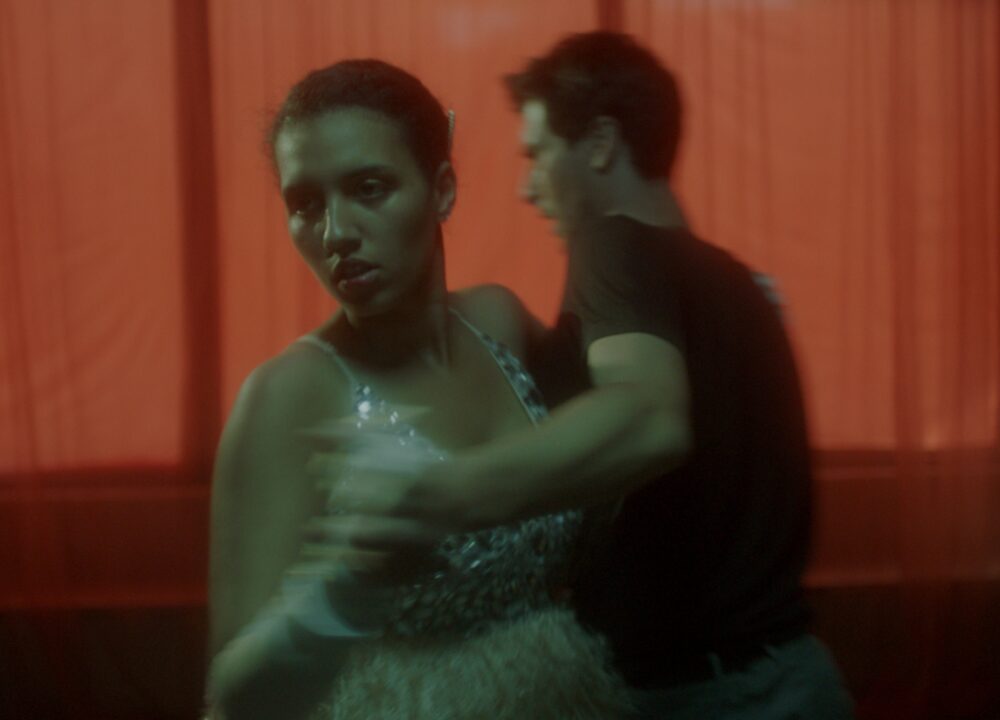 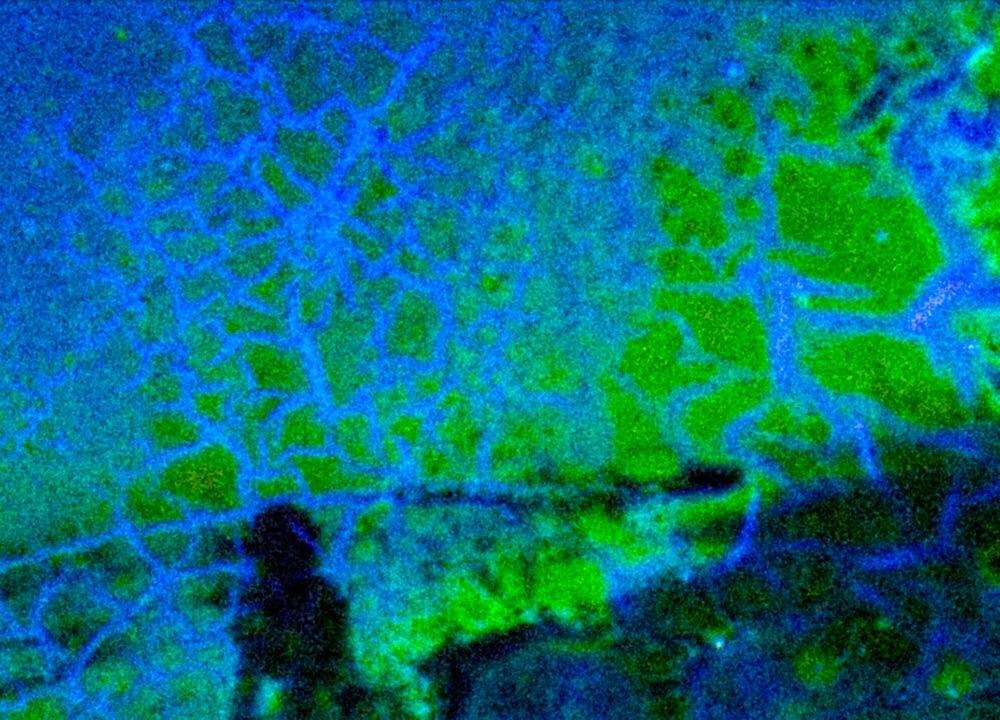