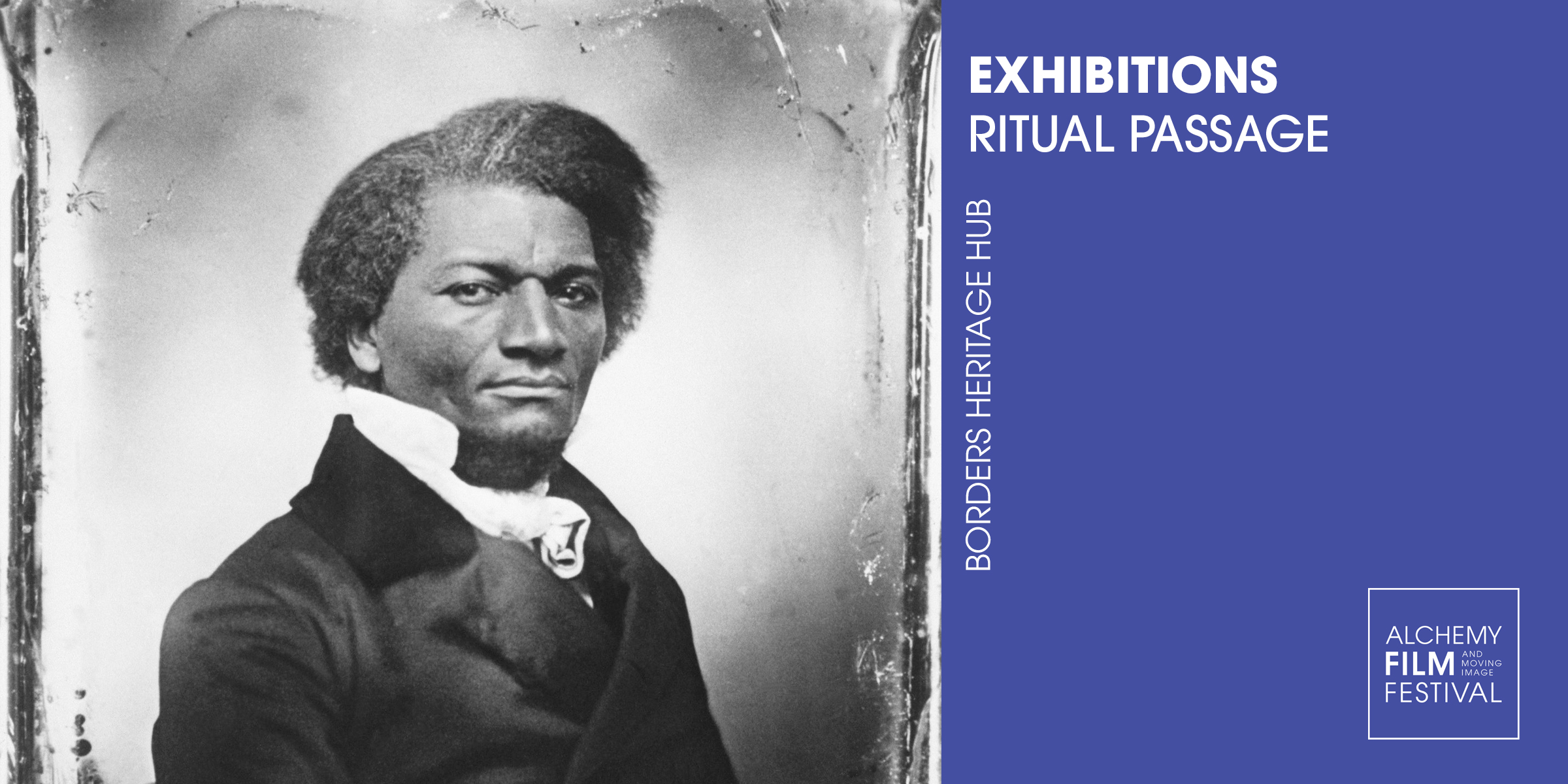 HEART OF HAWICK
THURSDAY 28 APRIL
16:30 – 17:30 / KEYNOTE
Jade Montserrat will present research relating to this exhibition in the festival’s opening keynote. 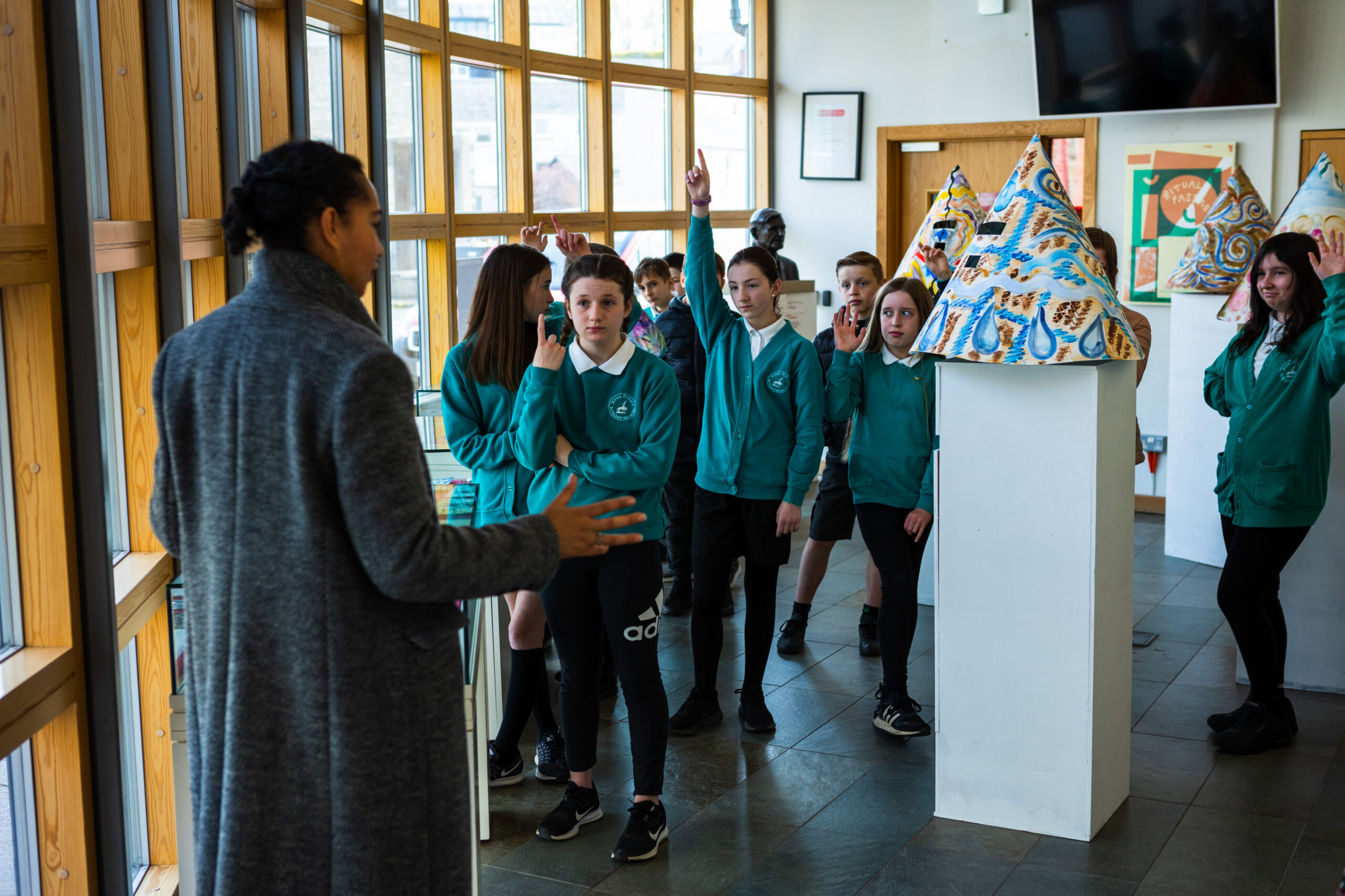 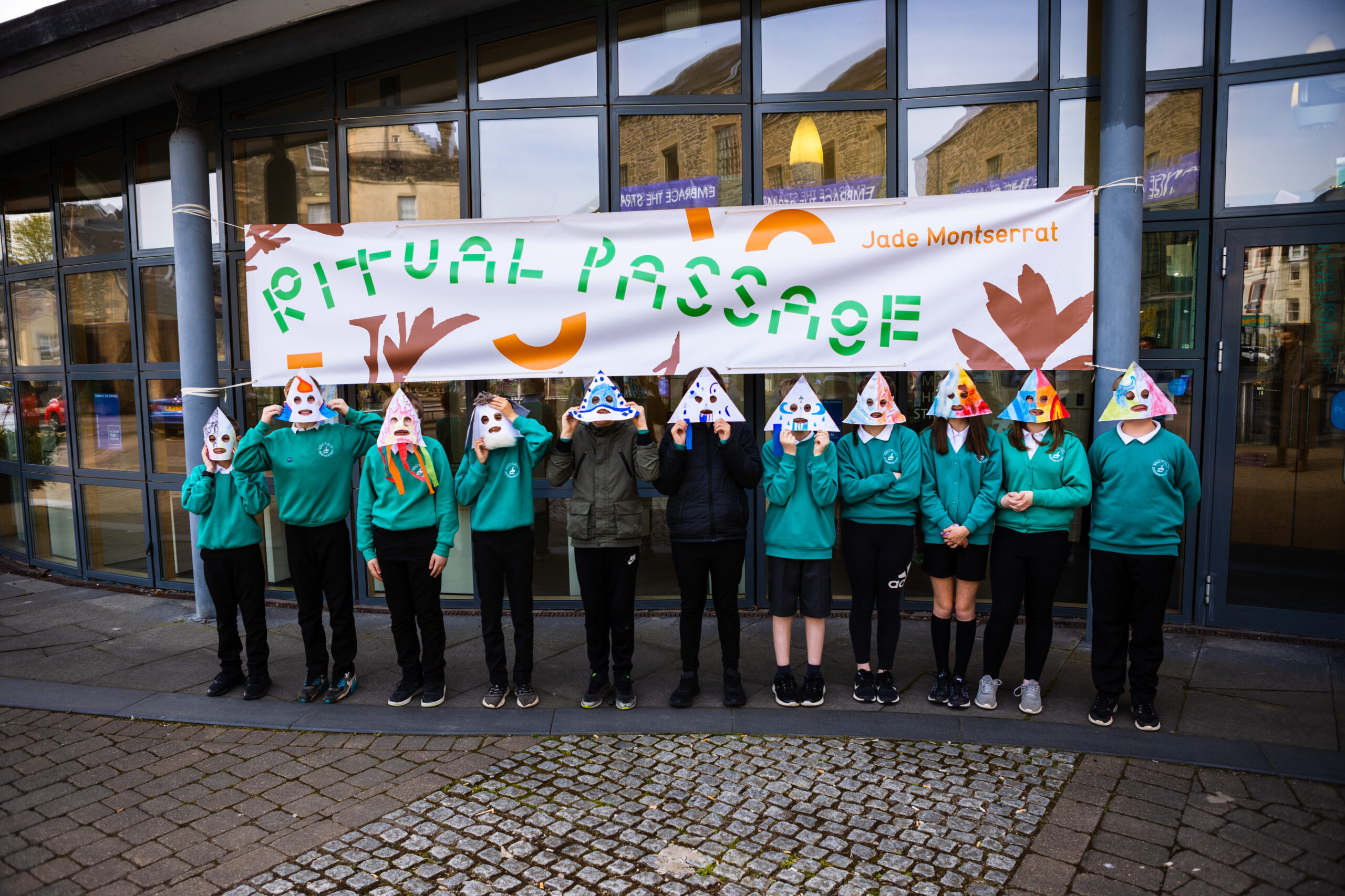 EDUCATIONAL RESOURCE
Please note that Ritual Passage‘s supplementary materials, designed to complement Jade Montserrat’s publication of the same name can be accessed here. These materials, referenced in the programme notes below, are designed to guide communities and school groups through the performing and filming of rituals.

Jade Montserrat’s research-led practice excavates shared histories while delving into her own personal narrative. Jade works at the intersection of art and activism through painting, performance, film, sculpture, installation, print and text. She interrogates these mediums with the aim to expose gaps in our visual and linguistic habits.

During a six-month residency with Alchemy Film & Arts as part of The Teviot, the Flag and the Rich, Rich Soil, Jade consulted with academics and artists both locally and nationally to research two men whose contributions to Hawick and its history are still underknown. Tom Jenkins (1797 – 1859), Britain’s first Black schoolteacher, was raised in Hawick and taught at Teviothead after being brought to the UK on a slave ship from his home on the Upper Guinea Coast. Frederick Douglass (1817 – 1895), the African-American abolitionist, made an unscheduled visit to Hawick in 1846 during his tour of Scotland – presenting for hours to the welcoming crowds. Jade also consulted on the four natural elements: air, earth, water, fire.

The result, Ritual Passage: Memorials for Frederick Douglass and Thomas Jenkins, is a dynamic and moving multimedia exhibit and educational resource spanning illustration, textiles, masks, creative writing, ritual and performance. Ritual Passage explores race, land, water, industry, territory, place and environment. Brought together in a single publication, a film play that can be read and/or performed, the educational resource is designed for young people and intergenerational communities. Providing a prompt for rituals relating to each of the natural elements, it invites players to make masks – template provided – and guides them through four provocations to physically, intellectually and spiritually connect with their immediate environment and the antiracist work of Frederick Douglass and Tom Jenkins.

Produced during a time of pandemic-related restrictions, Ritual Passage embeds pedagogy and legacy into its concept. Jade’s resource is designed for educational contexts, generating a framework for further discussion and creative learning within the Scottish Borders. Encouraging communities to film their rituals – again, a quick filmmaking guide is provided – the resource allows players to enact and embody Hawick’s significant but uncelebrated legacies of antiracism.

The film play presents ways of memorialising these people through play. The vignettes become short films in themselves, and could also be edited into a longer, collective film. As an offering of thanks to Tom Jenkins and Frederick Douglass, Ritual Passage mirrors and echoes their message on and investment in the importance of collective collaboration: the basis of all progressive social change.