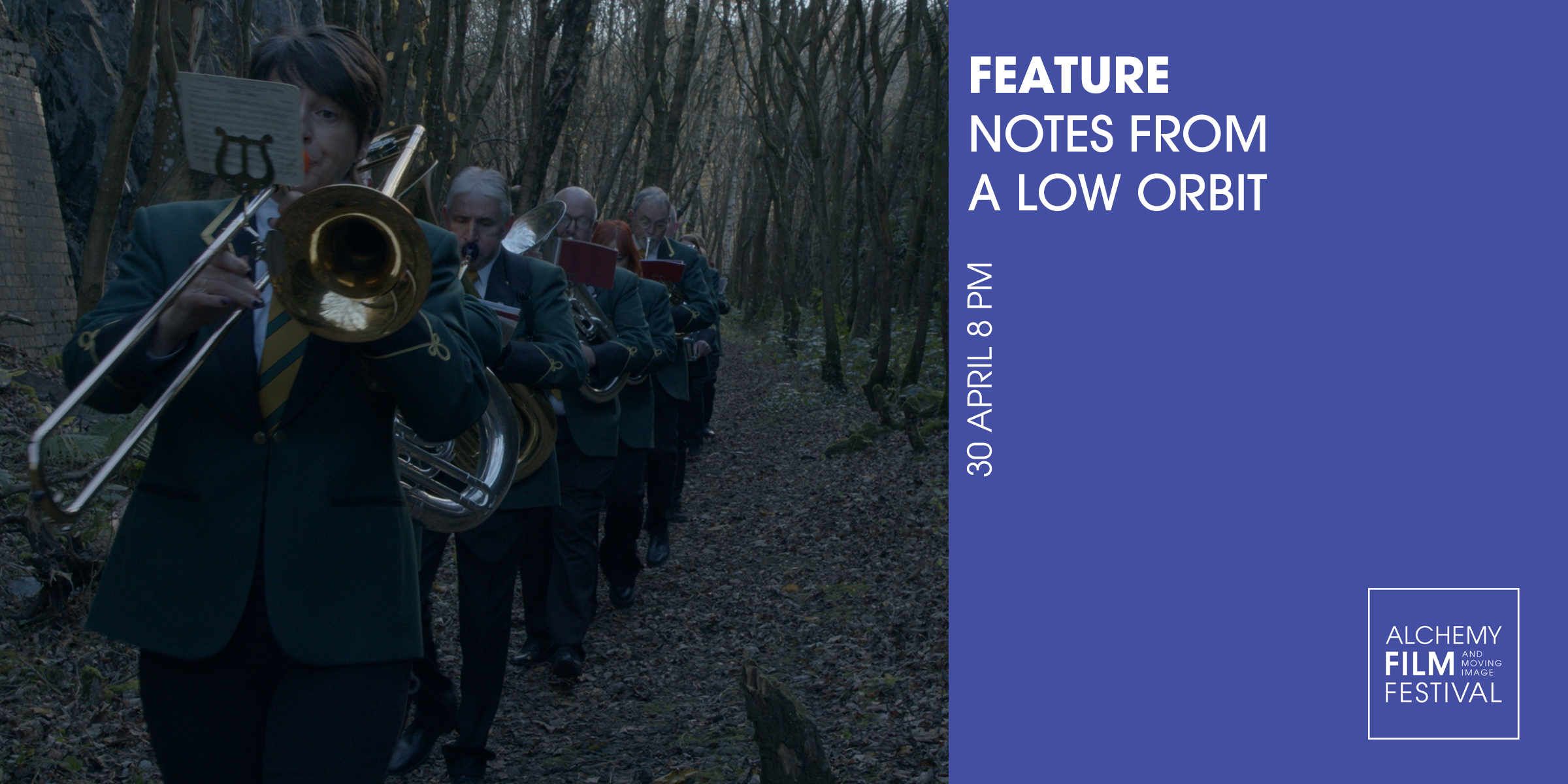 Mark Lyken will be present for the Q&A.

This film has captions.

Quietly beguiling in its portrait of Hawick’s communities, rituals and routines, Notes from a Low Orbit was shot by film and sound artist Mark Lyken during a residency with Alchemy Film & Arts in 2021. This new feature is part of The Teviot, the Flag and the Rich, Rich Soil – Alchemy’s programme of artist residencies, film commissions and community engagements exploring the borders, boundaries and lines of Hawick.

Notes from a Low Orbit opens under a fog-cloaked telly relay transmitter, the morning mist’s silver glow evoking Hawick as a science fiction set. If the uninterrupted quietude of this opening hints towards a slow and serious film, Lyken’s audibly jovial greeting to an early-morning dogwalker (‘Morning!’) offsets and undercuts what might have otherwise felt like arty pretension. Any worthwhile film made about Hawick must be funny, humane, down to earth.

In astronomical terms, a low orbit refers to the zone just outwith a planet’s atmosphere that’s also near enough for convenient transportation, communication, observation and resupply. As its title and structure suggest, Notes from a Low Orbit might be viewed as a series of vignettes humbly captured during a two-day visit: observations collated by some far-flung, time-travelling hunter-gatherer who takes refuge on the Miller’s Knowes and ventures into town to catch blink-and-miss episodes of terrestrial wonder.

The overall effect is a cumulative collision of happenstances, an impossibly rhythmic pile-up of incidents. Realities are exposed as staged, authored, the work of someone deeply invested in the ways in which a town’s cultural identities are shaped, intuited, lived. One resident, engraving a headstone in his living room, looks out the window just in time – apparently – to catch the Tour of Britain speeding along Hawick High Street.

A longer version of this contextual essay is printed in a new book accompanying the film published by Alchemy Film & Arts.

We are delighted that Mark has made a suite of evolving trailers for this year’s festival. 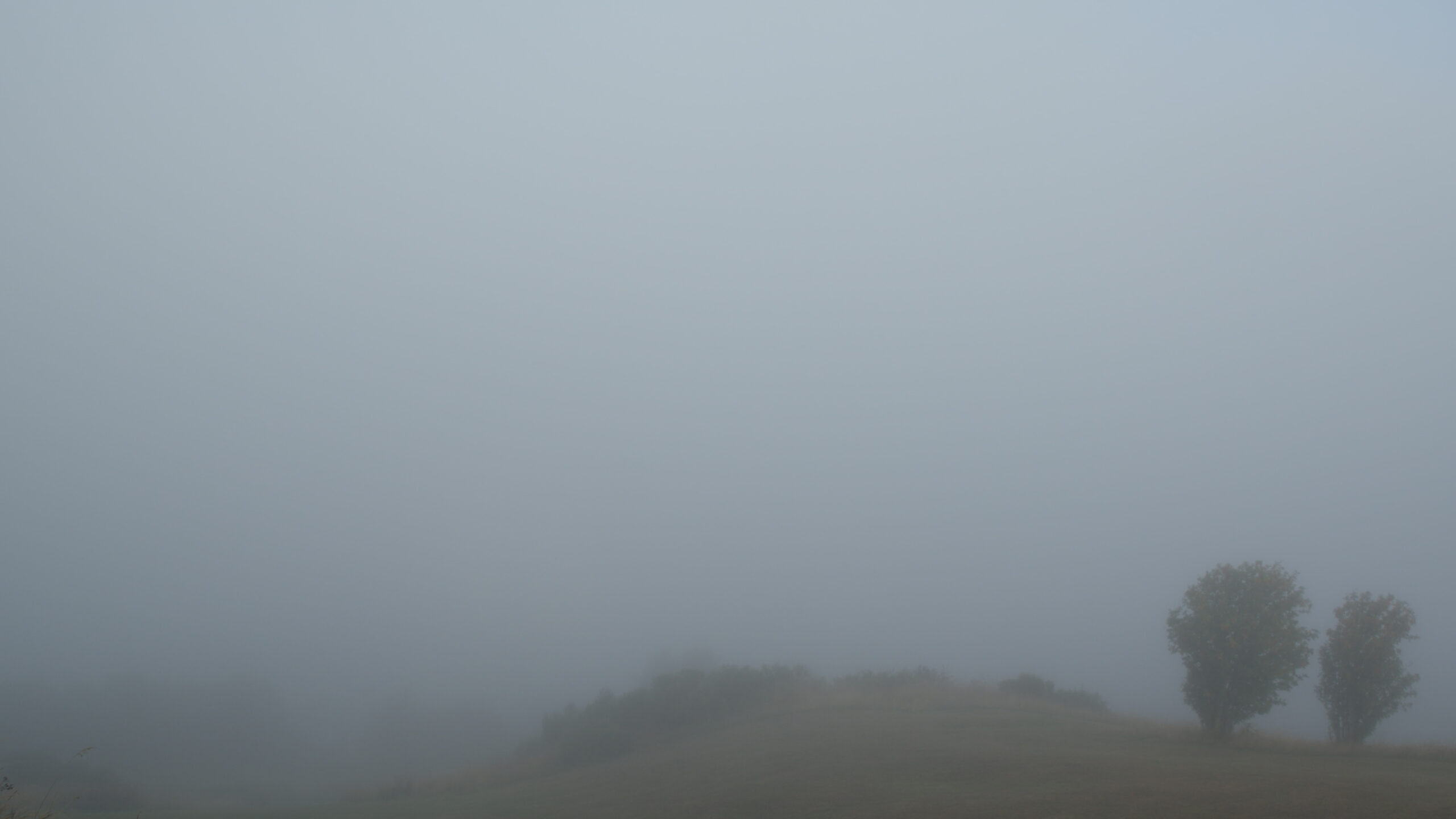 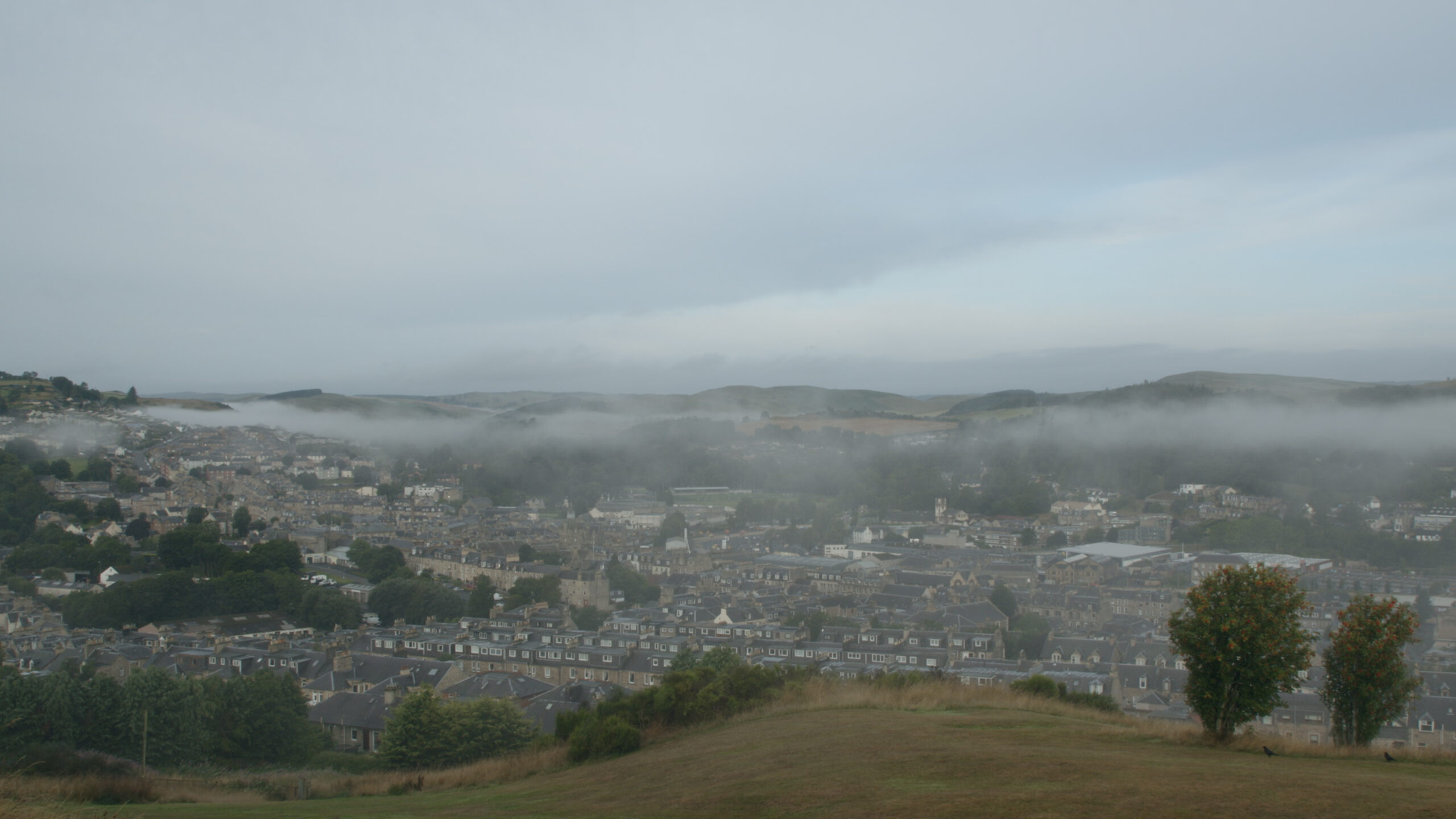 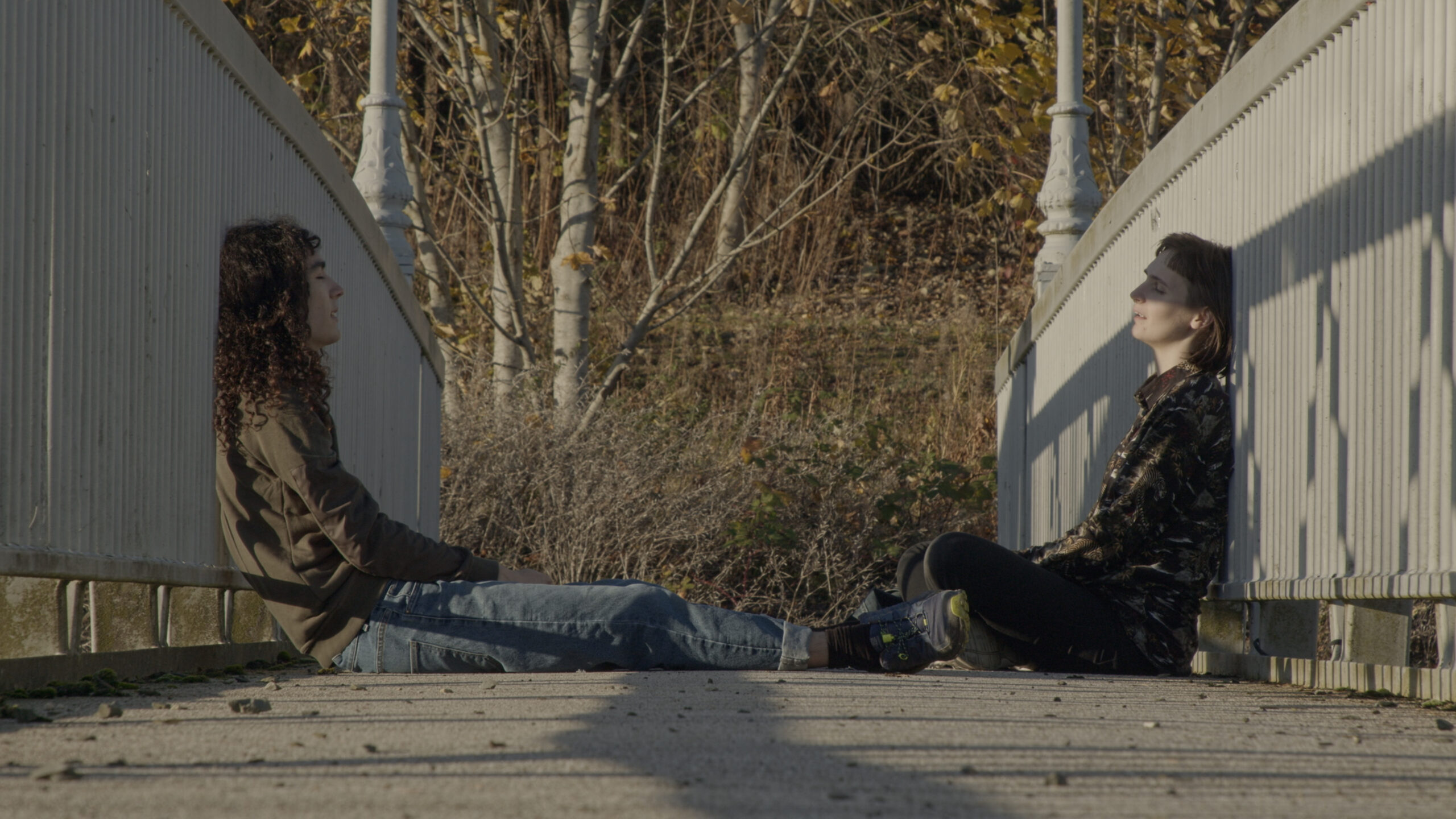 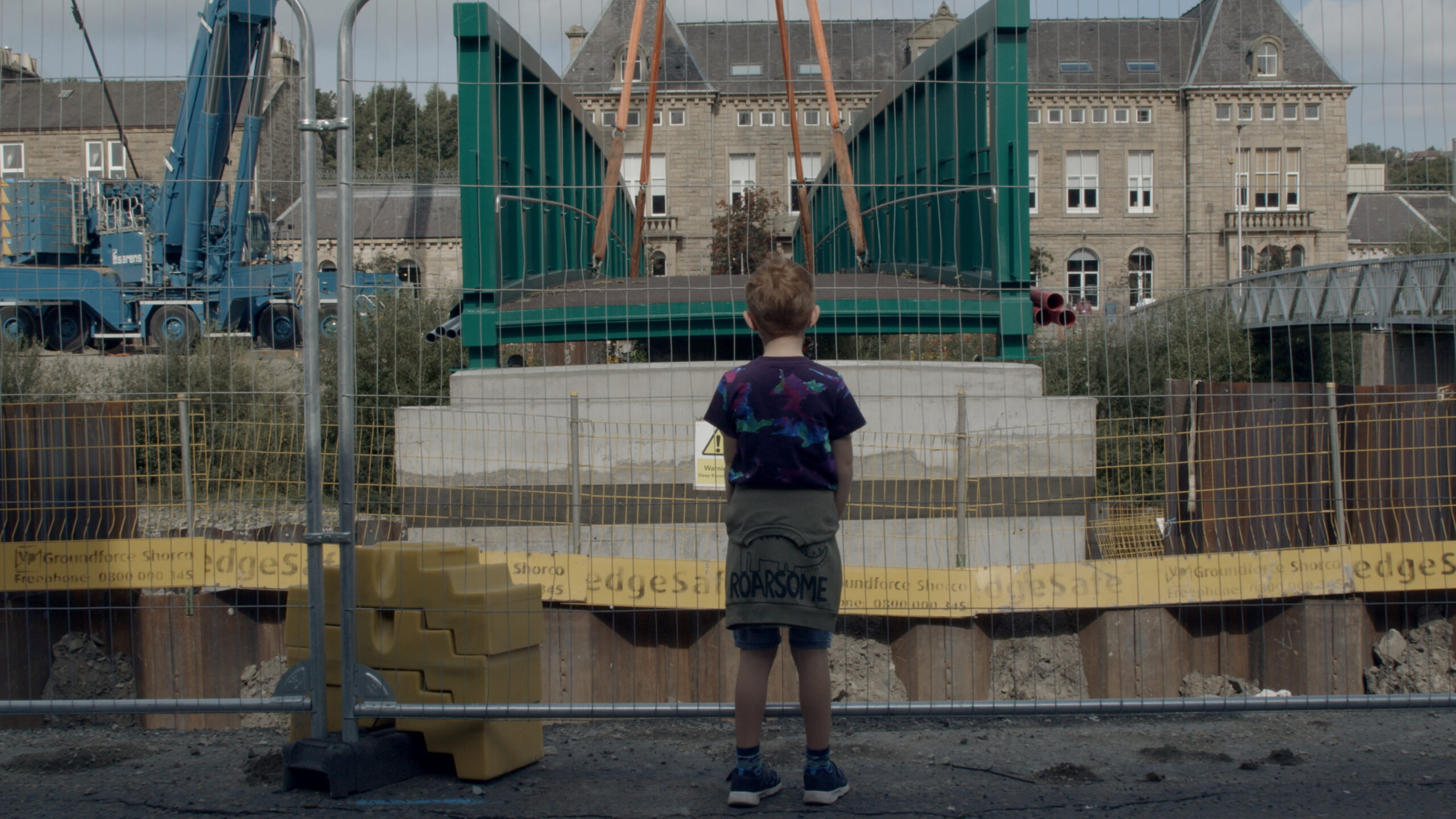