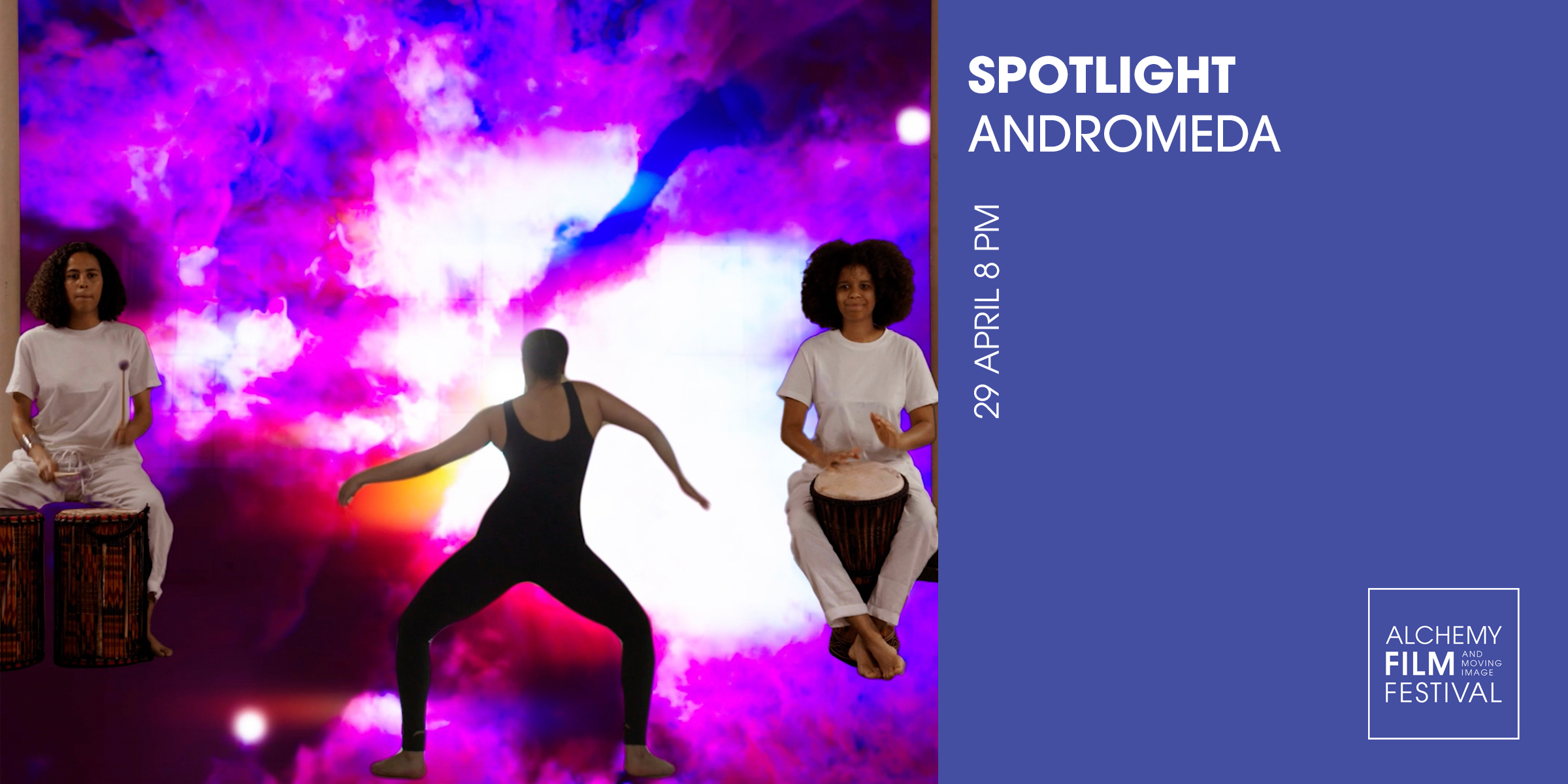 This film is captioned.

Sonya Dyer will be present for an extended Q&A with Jareh Das.

Artist and writer Sonya Dyer uses speculative fiction as a multi-layered lens to unpack cultural, social and political histories in her texts, sounds, moving images and sculptures. Dyer’s artworks reconfigure and probe given knowledge systems across disciplines, and this is most evident in her ongoing research-led project, Hailing Frequencies Open (HFO). This ongoing work is titled after a phrase popularised by the character Nyota Uhura from the original Star Trek series, played by actress Nichelle Nichols. Hailing Frequencies Open (HFO) has materialised to date in a series of sculptures and moving-image works, and rather than being linear and didactic, it brings together different ideas as cosmologies drawing from a range of subjects including the Greek myth of Andromeda, the contested and exploitative legacy of HeLa cells – the first human materials sent to space – and Nicols’s work in her portrayal of Uhura, which helped in diversifying NASA’s astronaut pool.

Dyer’s 11-minute film Andromeda, the first in a trilogy, begins with a female dancer, with a serious expression dressed head-to-toe in black, who opens the film with a series of strong, perhaps yogic poses against the background of grand architecture, scored to rhythmic and repetitive drumming. A series of statements and questions appear as subtitles: We Are Here, and When Will You Come, We Await You, Andromeda, We Have Made Space For You. As the film moves between the dancing Andromeda character and two female musicians dressed in white against a cosmic skyline, a range of instruments from drums to suggestive dialogue plays across temporalities and different realms.

In the original story, Andromeda is the beautiful daughter of King Cepheus and Queen Cassiope of Aethiopia – now largely believed to be modern-day Ethiopia – indicating that she would have been Black. But she has been misrepresented to date by being rendered fair-skinned and a distinctly European woman. Furthermore, Andromeda in the original tale lacks urgency and her faith is continually decided by others. Dyer confronts and counters these two areas by representing Andromeda as a Black woman with agency.

In this new work, and in the artist’s wider practice, Dyer proposes that in studying the universe – as it relates to real and imagined experience, its codes, symbols across cosmologies including the smallest pieces of matter to the totality of time and space – we might be presented with better understandings of ourselves and others, beyond histories as a given representation of humanity’s ultimate purpose in all of this.