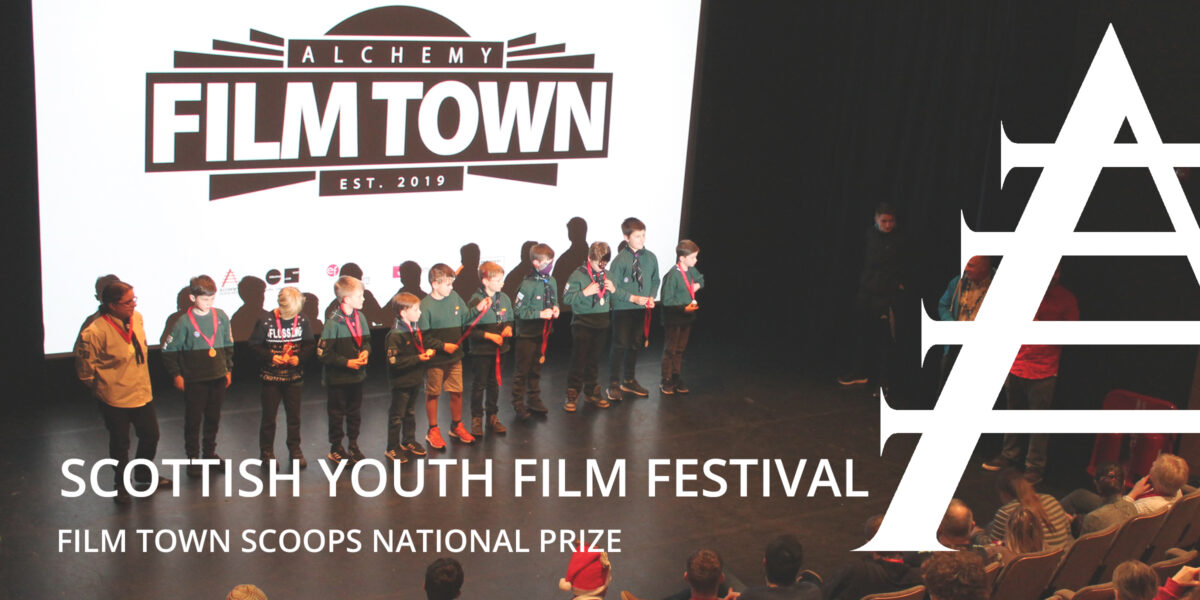 The Polar Bear, a short film made by Hawick Cubs as part of Film Town, Alchemy’s community filmmaking project, won the Best Animation award in the ’12 and Under’ category at the 2020 Scottish Youth Film Festival.

Exploring climate change and its affects one of the planet’s most recognisable species, The Polar Bear  can be viewed below. Our press release, featured in the 30 October 2020 issue of the Hawick Paper, follows.

A film made by Hawick Cubs has won a national prize at the Scottish Youth Film Festival. Produced as part of Film Town, the community filmmaking project of Hawick’s Alchemy Film & Arts, The Polar Bear was last weekend judged to be the best animated film in the festival’s ‘12 and Under’ category.

The three-minute film, which explores the effects of climate breakdown on one of the planet’s most recognisable species, fought off stiff competition at last week’s annual celebration of young creative talent.

Rachael Disbury, Production Director of Alchemy Film & Arts, said: ‘This is a fantastic achievement for all involved – the young filmmakers, their families, and Tom Swift, Alchemy’s Film Town Coordinator.’

The Polar Bear premiered in December last year as part of a Film Town showcase in the Heart of Hawick cinema, and its prize follows Alchemy’s recent nomination for digital innovation at the prestigious Scottish Charity Awards.

‘Although this year has been beset by upheaval and turmoil for many people, Film Town’s ongoing national recognition is testament to Hawick’s enduring community spirit and thirst for creative opportunities,’ Disbury said.

Anna-Lynn Lee, Cub Scout Leader for Hawick Scout Group, told us: ‘This project with Alchemy’s Film Town really helped our Cub Scouts think about global issues that mattered to them including climate change and deforestation and how these issues can be presented to other people.’

Lee added: ‘The timing of this award is just amazing as it will really lift the spirits of our Cubs, their parents and our leaders at this difficult time and help them be ready for restarting our efforts as soon as we are able to again.’

Encompassing tailored workshops and local partnerships, the project works to the benefit of Hawick and its unique communities by widening accessibility and inclusion for audiences, participants and partners, and by challenging social, physical and communication barriers.

Film Town events aim to create positive and supportive working environments, while contributing to Hawick’s economic regeneration through an investment in its cultural identity.

You can read more about Film Town’s projects here.