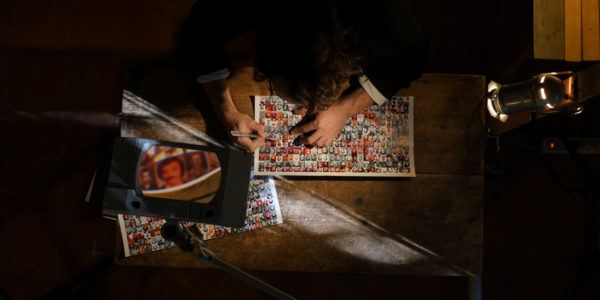 In Erased,____Ascent of the Invisible (2018), Ghassan Halwani’s scorching debut feature, death is denied and the dead are merely missing. ‘Thirty-five years ago,’ reads the director’s statement, ‘I witnessed the kidnapping of a man I know. He has disappeared since. Ten years ago, I caught a glimpse of his face while walking in the street, but I wasn’t sure it was him. Parts of his face were torn off, but his features had remained unchanged since the incident. Yet something was different, as if he wasn’t the same man.’

Throughout this 76-minute documentary, an ostensibly incident-free photograph is returned to and interrogated. Meanings emerge against its overexposed background: two men abducting a third. The still has been doctored: they are ghosts whose traces cannot be, once revealed, unseen. ‘Was this image shot during the Sabra and Shatila massacre?’ asks an offscreen voice, referring to the killing, in September 1982, of between 460 and 350,000 Palestinian and Lebanese Muslims in a West Beirut refugee camp. No: this is, a second offscreen voice says, from the War of the Camps (1984-90).

Halwani’s film makes visible the mechanics of remembrance. A top-down view of a desk reveals a pile-up of documents relating to the Lebanese Civil War: exhumations, unidentified bodies, numberless remains. Skulls uncovered from beneath roads and gardens, mass graves discovered under the headquarters of the Ministry of Defence. Skeletons were, on the Public Prosecutor’s orders, reburied immediately; forensics dating bones to the period in question were dismissed. Too soon? Too late — always.

The grim details of this past are amplified by the banal materiality of the present: printouts and paperclips, annotated photocopies, ink on a register of the disappeared and never-found. The sonic clarity, the echo and hum, of a small study-room. The artist as investigator: history as a solitary act.

Erased confronts the pains and difficulties of reasserting truths about a historically specific genocide. It is itself, because of this, a painful and difficult film. But it’s also cumulatively absorbing. I love the patient, clinical ways in which Halwani builds a gestalt of absence, the obvious command he has over both his material and concept, and his literal use of techniques that are often employed or referred to metaphorically when dealing with an investigation into mass murder: tracing, uncovering, drawing, mapping, (re)animating. To sketch a face is to flesh it: a re-recording that cannot be forgotten. 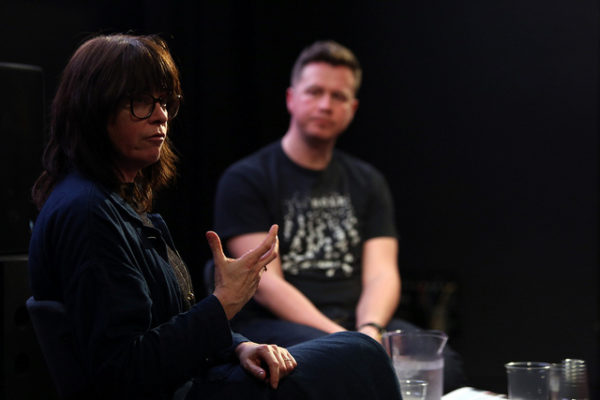 Glasgow was, in the few days we were there, suspiciously sunny. A premature summer, seasons out of joint: most welcome, I think, but for more sinister implications of global heat. I was happy to weather this ghost winter, traipsing the grid and crossing the Clyde to catch a balmy Sunday night special at the Savings Bank south of the river. The attraction here was what we at Alchemy might call expanded cinema, but which for the purpose of Glasgow Film Festival’s billing was an invigorating gig, with moving-image accompaniment, by Slow Tree (Neil Hamilton Wilkinson and Abi Fry), who performed music made while undertaking a VISITΔTIONS residency, hosted by record label Lost Map on the Hebridean isle of Eigg. Support came from fellow alumni Monoganon and Free Love.

I was in town, with Alchemy Programme Manager Rachael Disbury, to present Erased and a screening of shorts by Anouk De Clercq — a curatorial first, for Alchemy, in contributing to GFF’s experimental Crossing the Line strand (credit here, to Alchemy founder Richard Ashrowan). Anouk was, as they say, in the house: a post-screening Q&A, in the CCA, drew out the hows and whys that underpin the Belgian artist’s practice.

There are blacks and there are whites in De Clercq’s work, but there are few tones in between. This is world-building through minimalism, suggestion, the abstract: through a blank-space and onscreen text, as in It (2017); through the spatialised pointillism of LIDAR technology, as in Thing (2013); through the lo-fi monochrome fuzz of Oops wrong planet (2009); and through the shape-based piano-key clarity of Building (2003).

Each of these is, in its own way, a film about presence and absence: embodiment and disembodiment, darkness and light, place and not-place. The repeated use of pared-down mononyms, comically disrupted by a self-conscious apology (‘Oops, wrong planet!’) points to an interest in ‘thingness’, to an ontology of space defined nevertheless through the non-specific: the infinite architecture of Building is a labyrinth of stairs and shadows, a location instantiating itself through constant renewal and self-reference. 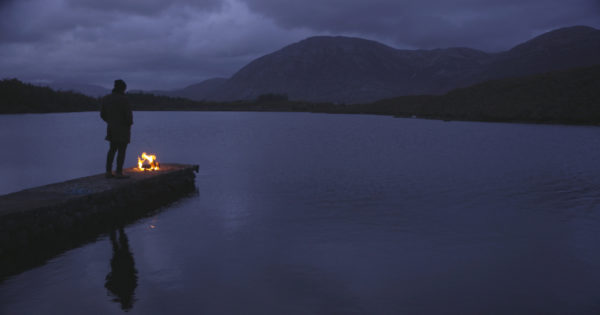 Space is a cinematic truism. Time too. In Niall McCann’s The Science of Ghosts (2018) — which we didn’t programme but were pleased to catch — singer-songwriter Adrian Crowley haunts the streets of Dublin, as well as the Boardwalk at Coney Island, in search of himself. Irreverent in style but mournful in tone, McCann’s third feature — following his Luke Haines portrait Art Will Save the World (2013) and his Chemikal Underground reunion Lost in France (2016) — knocks together an assemblage of anecdotes and false memories to do with time and living, and with life as something constituting both. Big themes for a small film.

Niall’s a pal: first-name terms. The Science of Ghosts is an often funny film with something resembling sadness at its core (Art Will Save the World was stylistically indebted, partly, to Fat Man On a Beach, the infectiously upbeat 1973 short that B.S. Johnson made weeks before killing himself). There’s a restlessness to it, an experimentation, the sense that it’s merely one edit of many: a phantom carriage defined by all the stories that didn’t make the cut. It went down well with the Glasgow crowd. 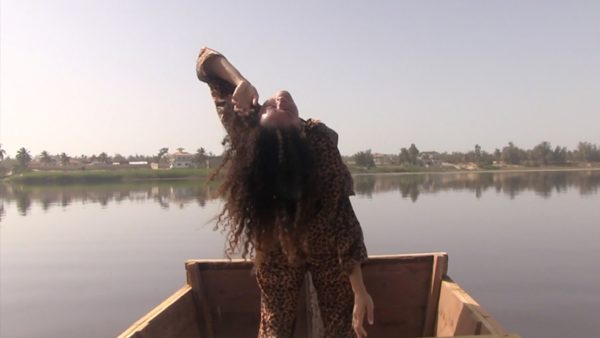 Beyond the immediate vicinity of the CCA, that small stretch of Sauchiehall Street in current upheaval — and marked by horror scaffolding applied to the post-fires Glasgow School of Art (another absence-presence, another architectural haunting) — there is the Glasgow Film Theatre: red carpet, paparazzi, box-office bottlenecks. We saw, here, the premiere of between a whisper and a cry, Alberta Whittle’s Margaret Tait Award commission, which screened following the announcement of the 2019/20 winner, Jamie Crewe.

I can’t feign previous familiarity with the two theoretical sources quoted in both the liner notes and the film itself — Kamau Brathwaite on ‘tidalectics’, and Christina Sharpe on ‘the weather’ (read this, then read it again) — but Whittle’s film has sticking qualities. Its earworm soundtrack, and its sweat-on-brow choreography, are as utterly entrancing as its closing footage of Odetta giving a late-in-life rendition of ‘Sometimes I Feel Like a Motherless Child’. It’s the way in which these performances sustain their respective energies that got me: body, voice, agency.

Alberta Whittle’s between a whisper and a cry will screen as part of Gallery of Modern Art Glasgow’s ‘Stalking the Image: Margaret Tait and Her Legacy’ exhibition, 8 April – 5 May 2019, with a performance in the gallery 27 – 28 April.