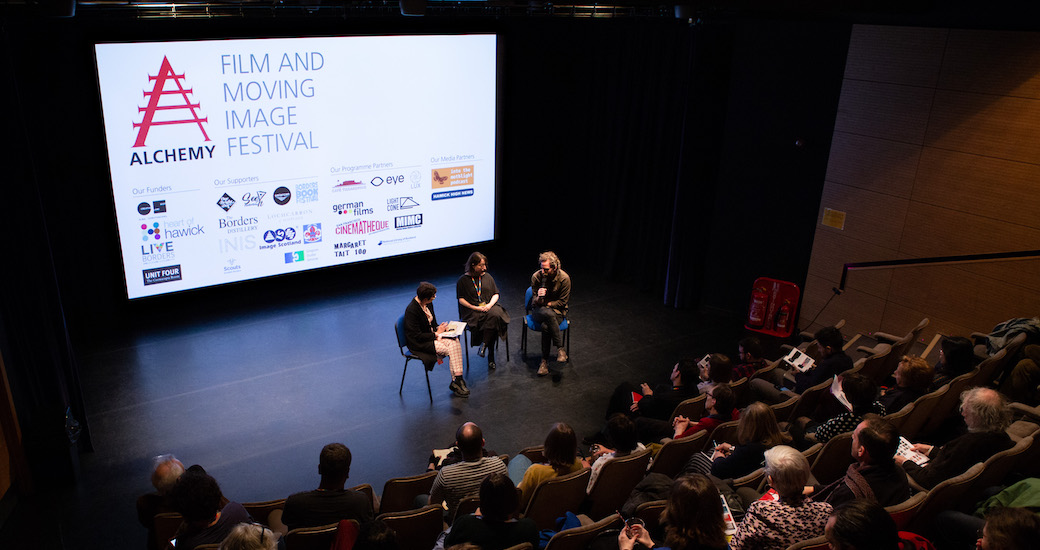 The festival is the flagship annual event of Alchemy Film & Arts. Founded in 2010 as a three-day event featuring 33 films, it has grown to be one of the leading festivals of experimental film and artists’ moving image. Encompassing 10 installations, five expanded cinema performances, 11 shorts programmes, a filmmakers’ symposium and our much-loved final-day film walk, the 2019 edition screened 147 works across five intense days.

Alchemy takes pride in balancing support for established and emerging artists, and in its policies of inclusion and equality: a core percentage of our festival programme each year consists of work submitted via open call. Likewise, in addition to our ongoing efforts to keep ticket prices as low as possible, we also offer fee waivers for artists unable to pay submission fees. More information about Alchemy Film and Moving Image Festival can be found here.

This contract for services is offered on a freelance, self-employed basis. The parties to this agreement will agree a schedule of deliverables on a month by month basis. The contractor will invoice monthly for agreed contracted deliverables.

Due to the nature of Alchemy Film and Moving Image Festival, the post will often require working during evenings and weekends.

During the festival – including immediately before and after – contractors will be required to be available full-time for a 10-day period from Monday 27 April to Wednesday 6 May.

Please send a CV and Cover Letter outlining your relevant experience and why you’re interested in the role of Print Traffic Coordinator to: recruitment@alchemyfilmandarts.org.uk.
Please specify in your email subject heading your name and the role you are applying for.