This webpage and its contents are designed to complement Ritual Passage: Memorials for Frederick Douglass and Thomas Jenkins, an exhibition, publication, film and educational resource by artist Jade Montserrat.

Ritual Passage was created during a six-month artist residency as part of The Teviot, the Flag and the Rich, Rich Soil – an Alchemy Film & Arts programme of residencies, commissions and community engagement exploring the borders, boundaries and lines of Hawick.

Ritual Passage was exhibited during the twelfth edition of Alchemy Film and Moving Image Festival (28 April – 2 May). 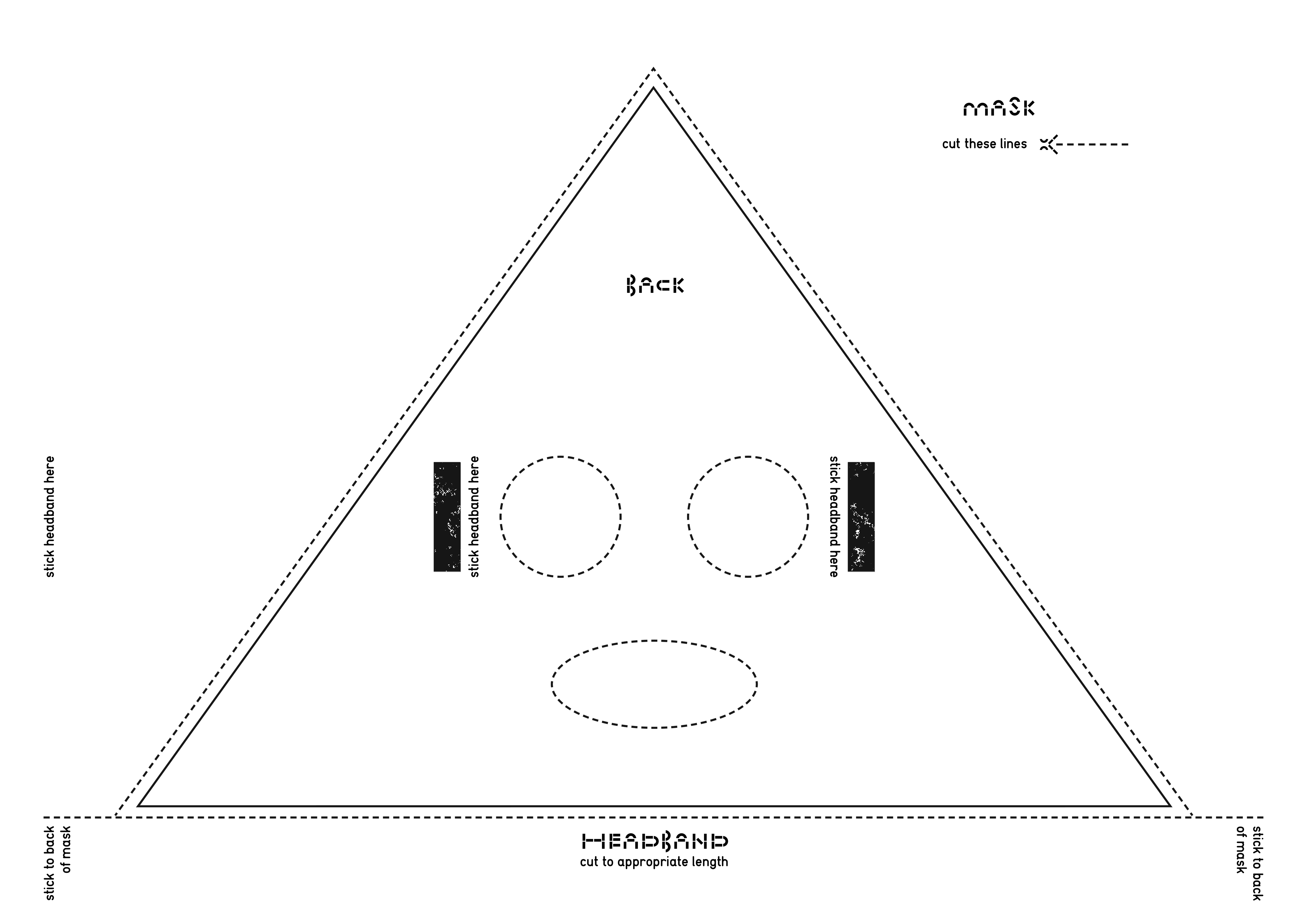 Ritual Passage: Memorials for Frederick Douglass and Thomas Jenkins is designed to guide communities through the collaborative process of making a film. The film consists of four rituals, each dedicated to one of the natural elements, to be performed to camera.

Ahead of their rituals, performers are encouraged to produce and decorate a mask in response to the four elements. The mask helps performers embody the elements through play.

You can download and print an A3 mask template or collect one from Alchemy Film & Arts.

The film element of Ritual Passage can be simply made using a smartphone or tablet.

Ritual Passage consists of four rituals to be performed to camera. Each ritual revolves around one of the four natural elements – air, earth, water, and fire.

The rituals can be filmed in any order. If you do not have filming technology to hand, you are more than welcome to view the rituals as performances – they do not need to be filmed.

Using everyone’s imagination and creativity, performers in the film will improvise, using only their bodies, to create moments for memorialising Frederick Douglass and Tom Jenkins.

At the beginning of each ritual, the stories of these men are to be read aloud by a narrator or narrators. Ahead of their rituals, performers are encouraged to produce and decorate a mask in response to the four elements. A template for these masks can be found above. 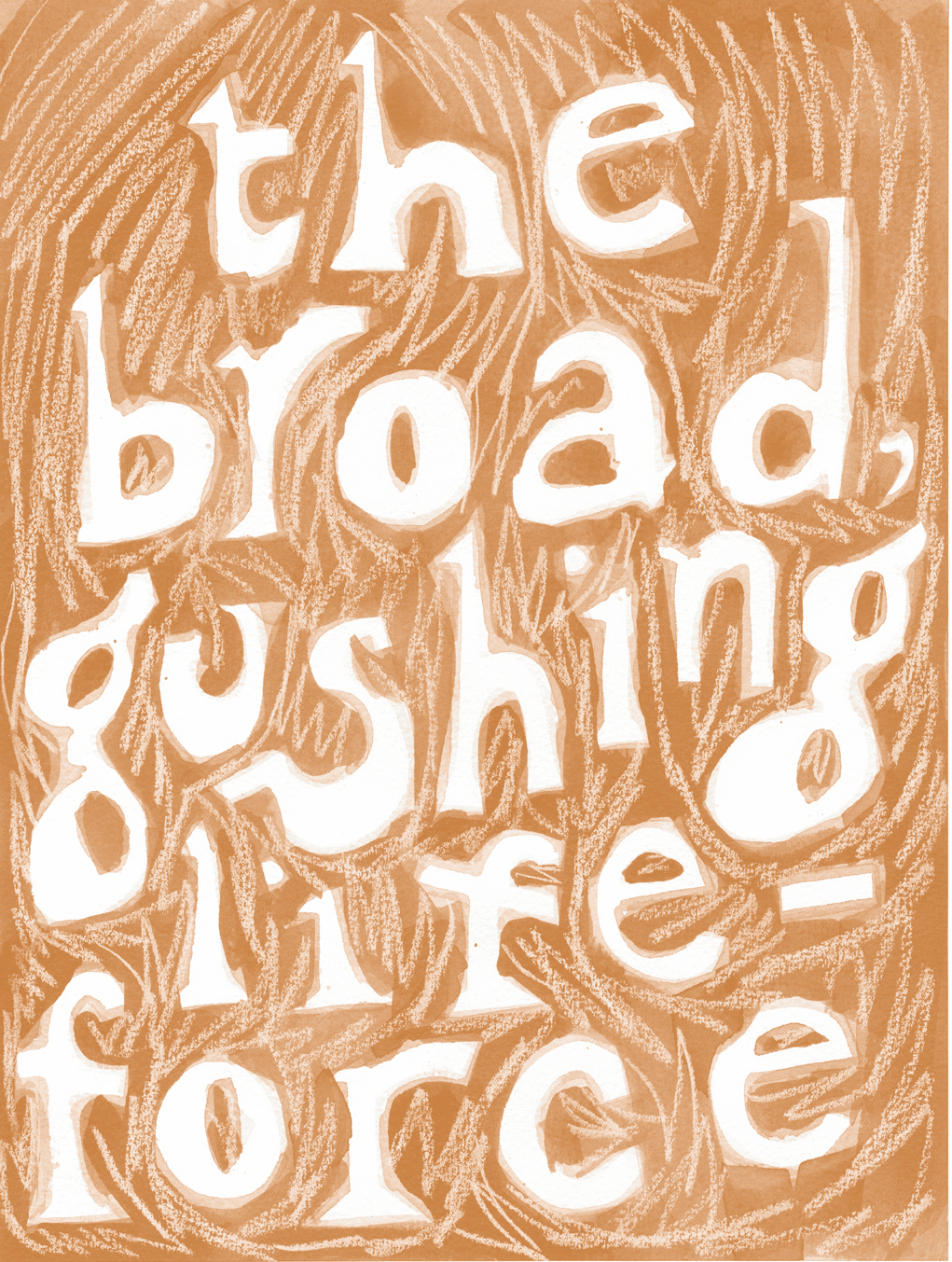 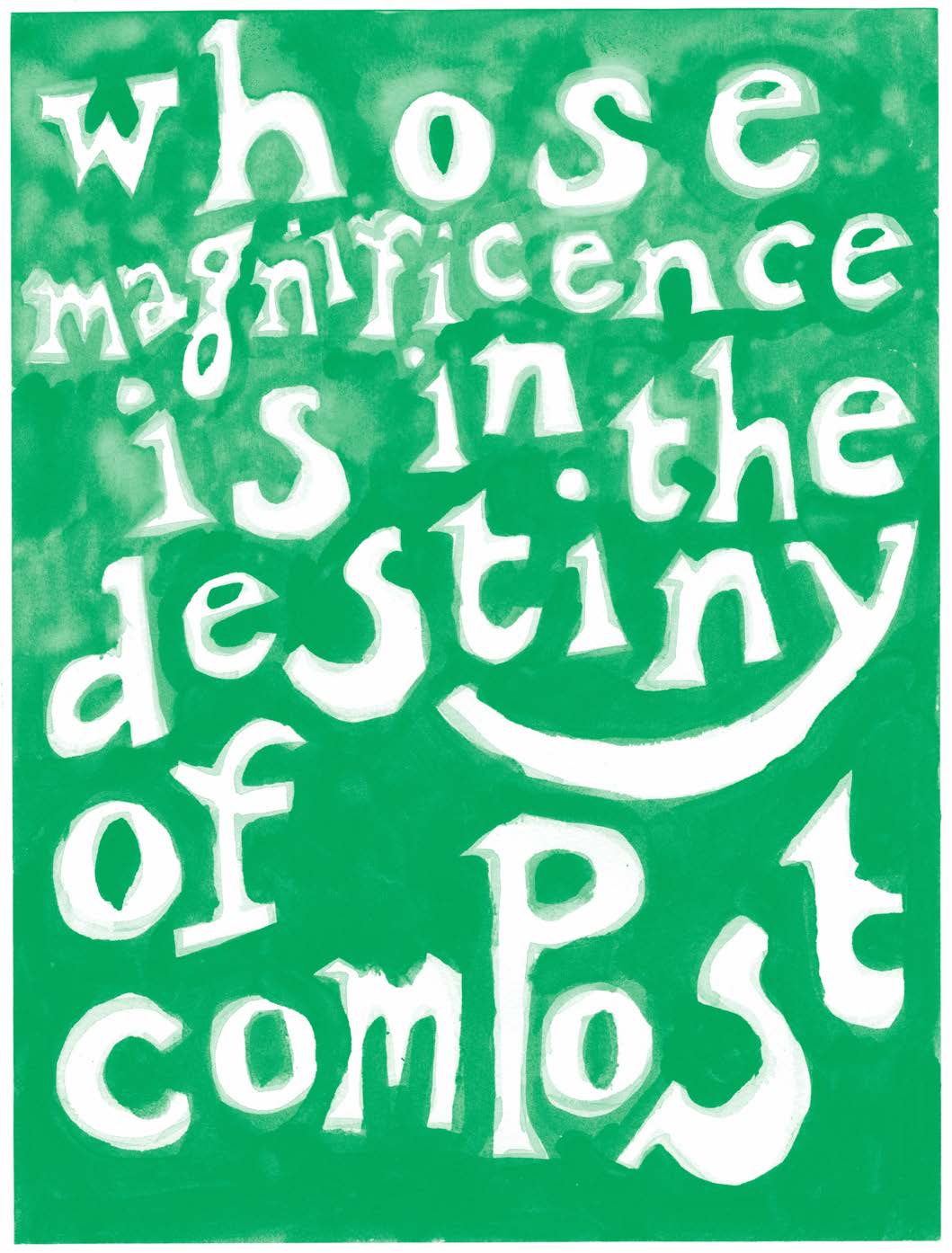 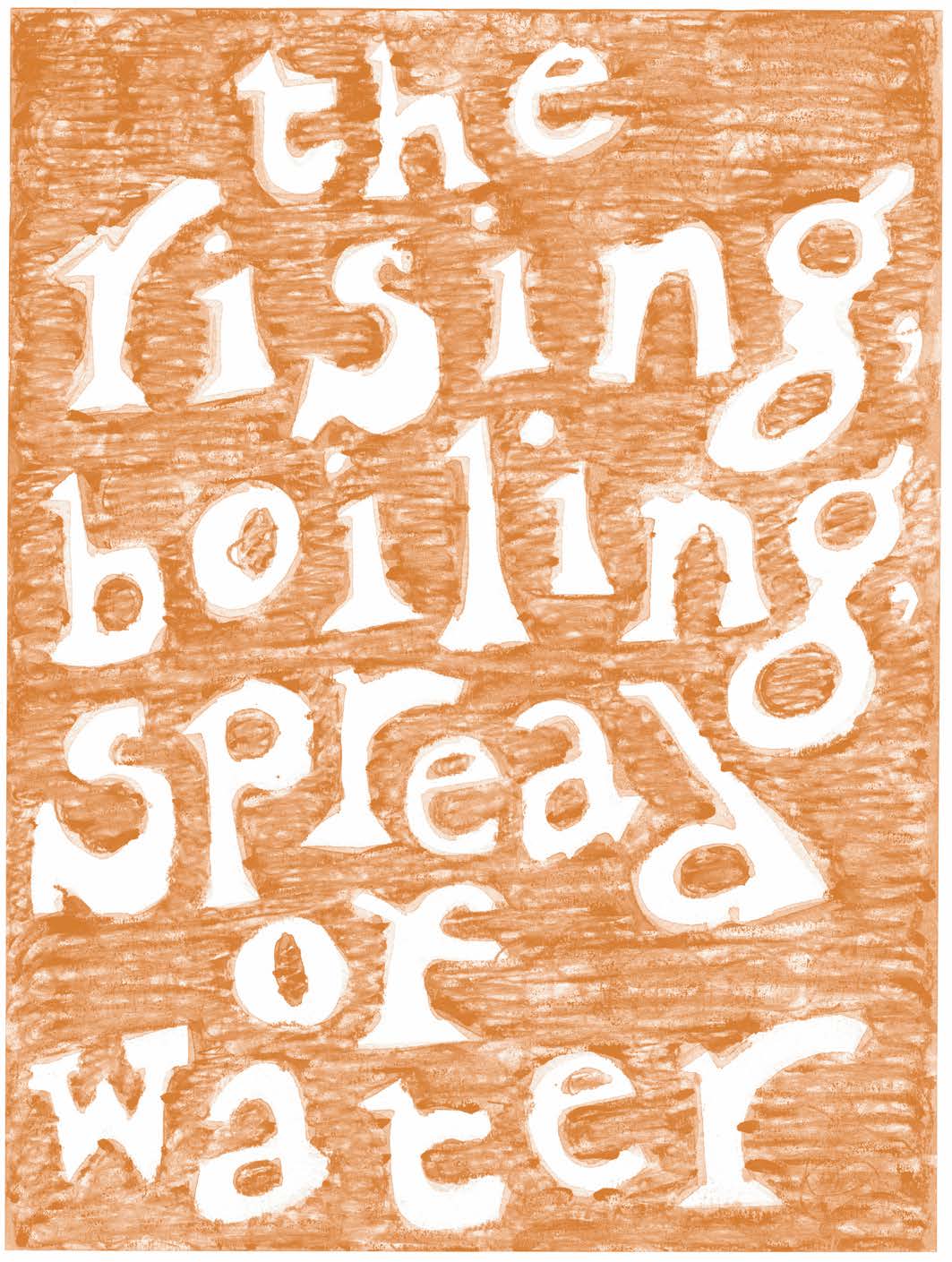 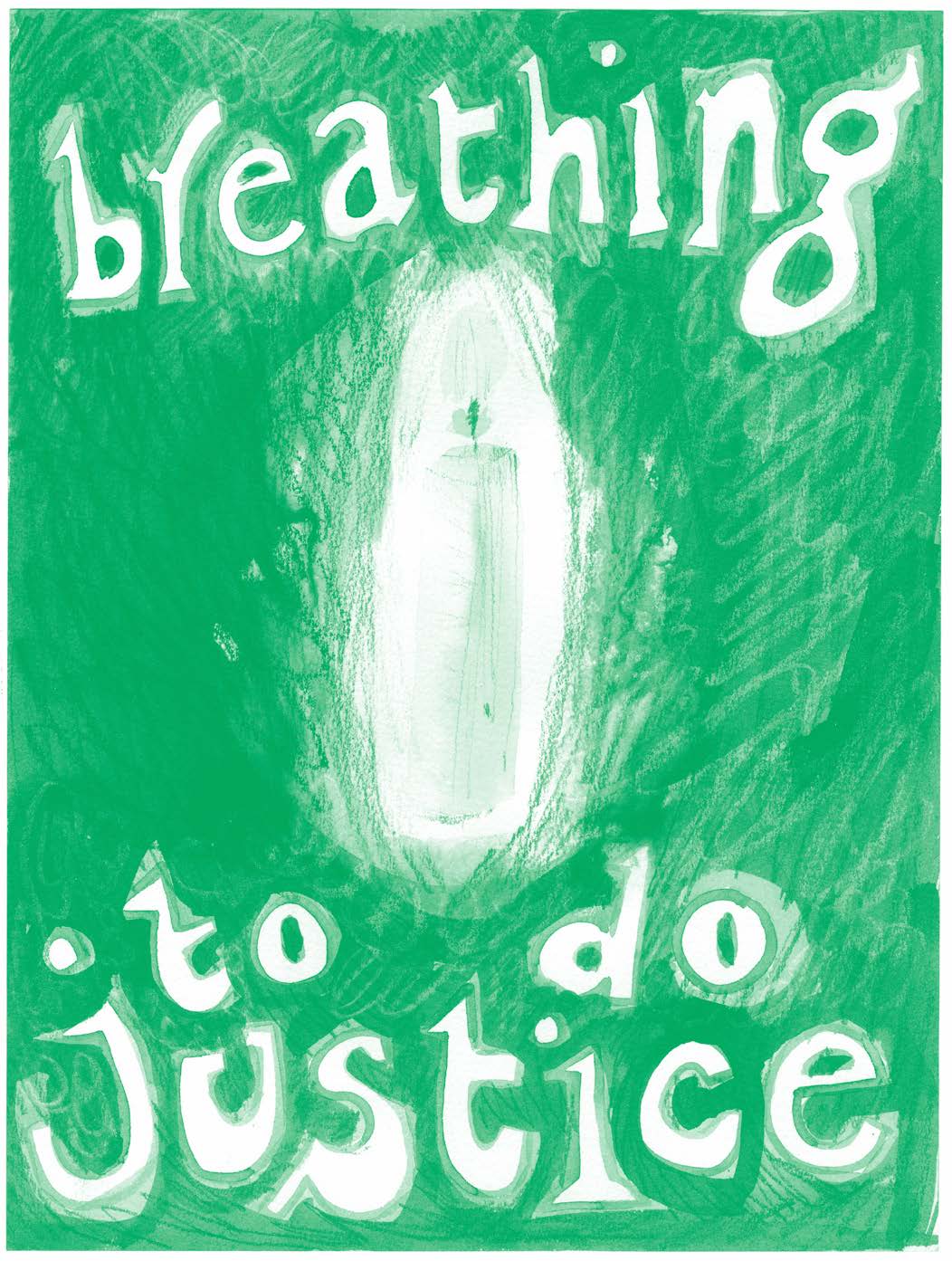 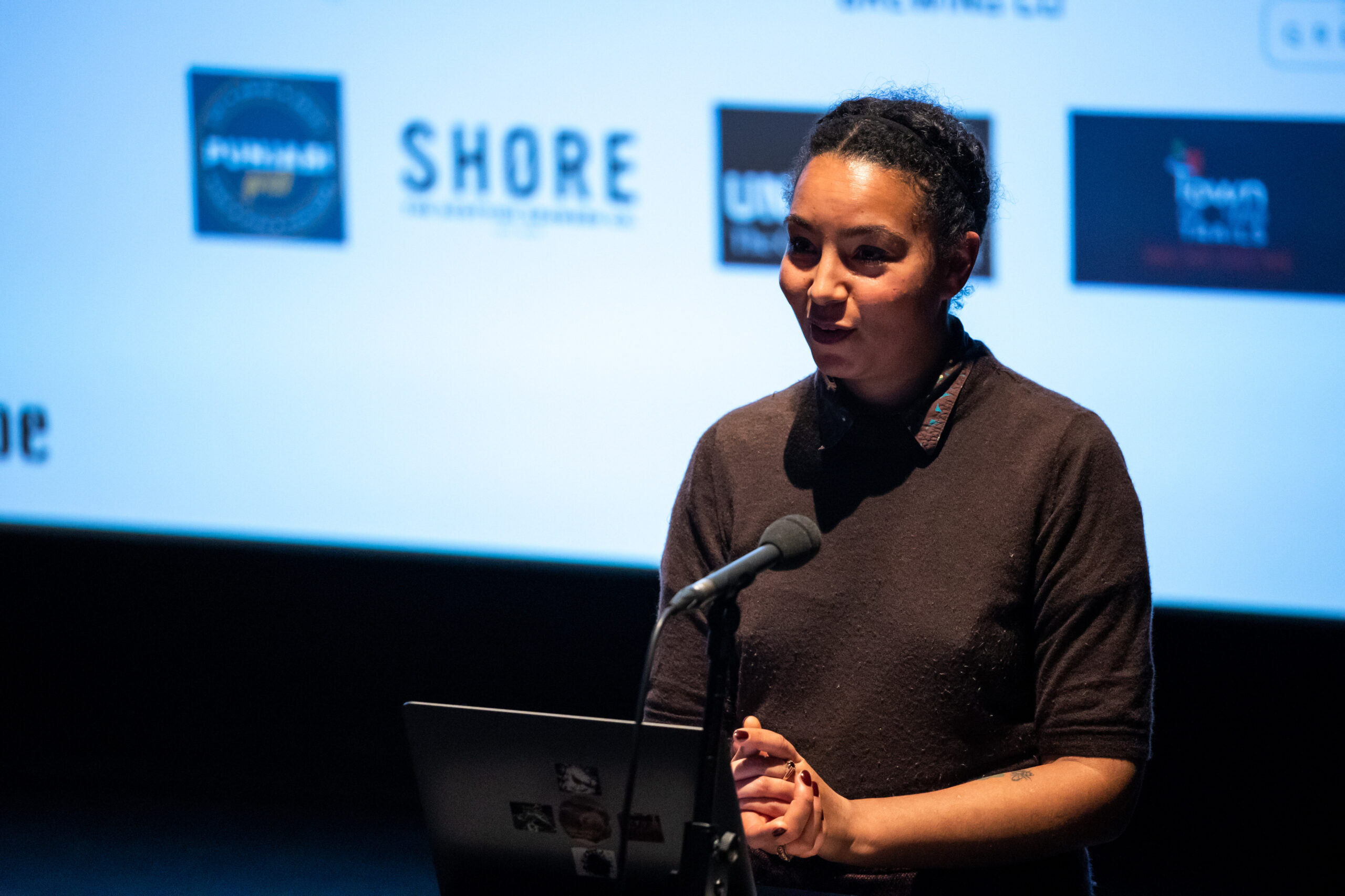 Jade Montserrat’s research-led practice excavates shared histories alongside delving into her personal narrative. Montserrat works at the intersection of art and activism through painting, performance, film, sculpture, installation, print and text; she interrogates these mediums with the aim to expose gaps in our visual and linguistic habits.

Ritual Passage: Memorials for Frederick Douglass and Thomas Jenkins  launched at the twelfth edition of Alchemy Film and Moving Image Festival (28 April – 2 May 2022), which also opened with a keynote from Jade.

abolish to formally and completely end a system, practice, or institution or stop something, such as a law

abundance a plentiful and ample quantity of something

ally cooperative, united connection or relation between; an alliance that is mutually supportive in an ongoing effort, activity, or struggle; common usage refers to allyship in reference to a person who is not a member of an oppressed group but who expresses or offers direct support to that group

anglicise to make a foreign word, name, or phrase English in form or character

bigot an intolerant and antagonistic person who is obstinately or devoted to a belief, opinion, prejudices or faction, especially one who is prejudiced against, or hateful towards a person or people on the basis of their membership of a particular group such as a racial or ethnic group

British Empire a group of countries ruled over by a single ruling power; the British Empire controlled over 23% of the world’s population at its peak, usually taking and maintaining control through invasion, economic pressure, political manipulation and violence

cashmere fine wool, obtained from cashmere goats, pashmina goats, and some other breeds of goat, used to make yarn and soft twilled fabrics.

chattel an item of tangible movable property, i.e. an enslaved person, held as the legal property of another

community a group of people or social unit living in a given geographical area or in virtual space through communication platforms, having a particular characteristic, sharing or having certain beliefs, attitudes, values, customs and interests in common or common social, professional, economic, and political interests

compassion sympathy for the sufferings, misfortunes or distress of others together with a desire to alleviate it

consent permission, approval or agreement for something to happen

decomposition the state or process of rotting and decaying

dehumanisation the process of denying and depriving a person or group of full humanness and dignity.

East India Company an English, and later British, joint-stock company founded in 1600, formed to trade in the Indian Ocean region

embody to express or give bodily form to an idea, quality, or feeling

floodplain an area of flat, naturally fertile land adjacent to a river, formed mainly of river sediments and subject to flooding

food justice a response to food insecurity and economic pressures that prevent access to healthy, nutritious, and culturally appropriate foods

indentured slavery a contract between two individuals, where one person is contracted to work without salary for a specific number of years

intergenerational relating to, involving, or affecting interaction between members of different generations

liberal a political and moral philosophy advocating individual rights, civil liberty, consent of the governed and equality before the law

liberation the action of freeing someone from imprisonment, slavery, or oppression

liberty to act and choose as one pleases

literacy the ability to read, write and communicate competently and effectively or with knowledge in a specified area

memorial  an object or place, speech or ceremony established to commemorate a person or event.

micro-organism a microscopic organism, or microbe, especially a bacterium, virus, or fungus that can be seen only through a microscope

mourning the expression of sorrow and grief for loss, specifically the death of someone or some peoples

nutrients chemical compounds that provide nourishment essential for providing energy, the maintenance of life and for growth and reproduction; examples include proteins, fats, carbohydrates, vitamins, and minerals

organic relating to or derived from living matter, or food produced or involving production without the use of chemical fertilisers, pesticides, or other artificial chemicals

patron a wealthy or socially influential person who gives financial or other support to a person, organisation, or cause.

Quaker a member of the Religious Society of Friends, a historically Protestant Christian movement founded by George Fox c. 1650 and devoted to peaceful principles

racist someone who or a system that wields superiority over, is prejudiced against or antagonistic and hateful towards a person or people on the basis of their membership of a particular racial or ethnic group or national origin, typically one that is a minority or marginalised

radical a person, or a member of a political party or section of a party who advocates thorough or complete political or social change, pursuing such aims

resistance the opposing refusal to accept or comply with something

shaman a person regarded as having access to, and influence in, the spirit world who practice ritual, divination and healing

slavery the practice or system of owning and exploiting enslaved people.

solidarity unity or agreement of feeling or action and mutual support, especially among individuals with a common interest

symbolic serving as a representation or is something that has a greater meaning because of what it represents.

transatlantic crossing or extending across the Atlantic Ocean

white supremacism the belief that white people are superior and should therefore dominate society and maintain power, typically to the exclusion or detriment of other racial and ethnic groups, in particular black or Jewish people

Andrews, Michael (1991). The Delectable Mountain: the Ayres Rock Series and other Landscape Paintings.

Centre for the Study of the Legacies of British Slavery.

Douglass, Frederick (2019). My Bondage and My Freedom.

Douglass, Frederick (1845). Narrative of the life of Frederick Douglass.

Duffill, Mark B. ‘New light on the lives of Thomas Jenkins and James Swanson.’

Yussof, Kathryn (2018). A Billion Black Anthropocenes or None.

Yemoja ~ ‘Yoruba Spirit of the Ocean’

Songs to Yemaya giving praises to the mother of the ocean

Nina Simone ~ ‘Wade in the Water’

Talking Heads ~ ‘Burning Down the House’

The Doors ~ ‘Light My Fire’

Rage Against The Machine ~ ‘Sleep Now in the Fire’

Neil Young ~ ‘Falling Off the Face of the Earth’

Cat Stevens ~ ‘Where Do The Children Play?’

The Beach Boys ~ ‘Don’t Go Near The Water’

Louis Armstrong ~ ‘What A Wonderful World’

Bette Midler ~ ‘Wind Beneath My Wings’

Gene Kelly ~ ‘Singing In The Rain’

Depeche Mode ~ ‘The Landscape Is Changing’

Ella Jenkins ~ ‘Wade in the Water’

The Corries ~ ‘The Skye Boat Song’

‘My Bonnie Lies Over the Ocean’

‘One Man Went to Mow’