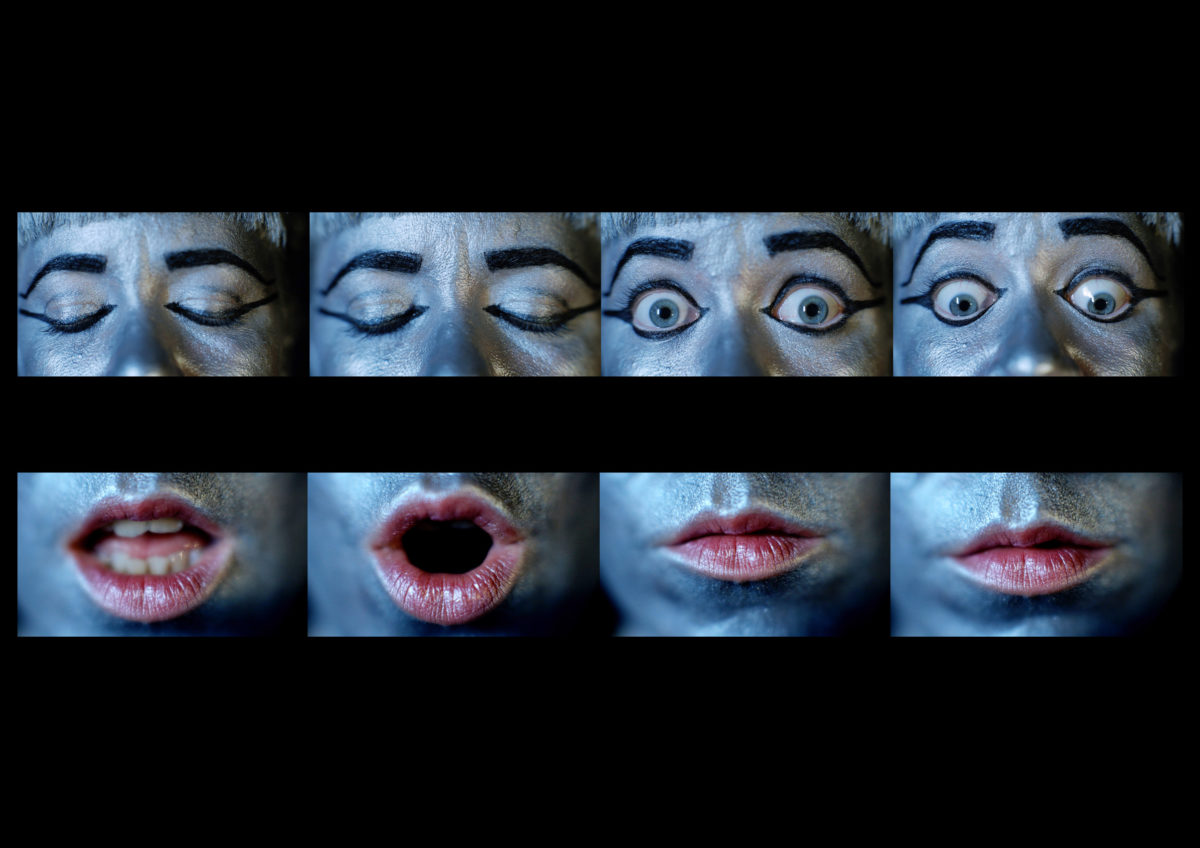 Hanna spent a month in Fort Kochi learning the ancient theatre and dance tradition Kutiyattam. Originating more than 2000 years ago in Kerala, India, Kutiyattam is an ancient form of Sanskrit theatre. Officially recognised by UNESCO as a Masterpiece of the Oral and Intangible Heritage of Humanity, it involves codified gestures of hands, eyes and bodies to unfold narratives.

Training with a leading practitioner, Kapila Venu, Hanna learned the distinct movements between action and stillness in the Kutiyattam’s Nadi Varnana. Translating to River Description, the Nadi Varnana sees the performer become a mimetic embodiment of observations, translating the river cycle into a sequence of codified movements. Traditionally accompanied by a percussive arrangement, Hanna’s Nadi Varnana, poetically depicts the sounds of rain, wind, insects and the effects of water in motion, through her creation of a vocal composition. Hanna has adapted the traditional sequence into three interlinked films.

A silver-painted Hanna evokes the lines of river-flow with her body in the first film, layered and suggesting a liquid flow from source to mouth. In the second film, Hanna uses her eyes to project the direction of water, through choreographed eye gestures lifted up to visualise the peak of a mountain and down gesturing the fall of rain. As her eyes close, the third film shows Hanna’s mouth, which incants a melody drawing on the vocal chanting style of Kutiyattam.

Sourcemouth : Liquidbody won the Sound Art Work/Electroacoustic prize at the 2017 Scottish Awards for New Music. Read more about the awards here and read an interview with Hanna here.