13:45 Madison Brookshire – Time and the Untimely

15:15 Stephen Broomer – Mindstrips: The Found Image as a Psychic Analogue

TICKETS via Heart of Hawick HERE 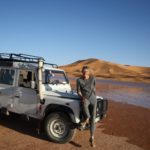 What is strange? What does it mean to embrace? Looking at the possible opposites of those words, what is normal? The words Embrace the Strange imply an order, a plea, or a piece of advice, like a way of being, a way of living and a willingness to actively be curious and bold. Linking to Café Tissardmine,
I will be talking about what I do there; a strange place, but a place that, to me, has always been home

Karen Hadfield was born in the UK and discovered the travel bug at the age of 11 when she hopped on a plane and went to Malta on her own for a holiday. At the age of eighteen she was working on a Kibbutz in Israel and then at twenty-one she was working on a cattle station in the Kimberley, Western Australia. Thinking she should get a proper job, she moved to Melbourne and forged herself a career as actor, singer, producer and festival director. She currently manages an arts retreat in the Moroccan Sahara that she and her partner founded in October 2010.

Nine films and one installation made during the 2017 and 2018 Alchemy Residencies at Café Tissardmine will be part of the festival. You can find details of them here and you can read more about our residencies here.

Madison Brookshire – Time And The Untimely 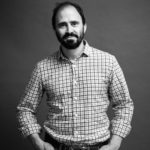 I believe that a philosophy of time is necessary for political action, and therefore that studying it is necessarily a political act. In my work, I study how combinations of images, sounds, and silences can produce lived experiences of time. But I am also interested in what philosopher Gilles Deleuze refers to as ‘the untimely,’ something that goes against ‘the times,’ a cinema of resistance. In my films and other endeavours—teaching, writing, programming—I am interested in both time and the untimely: how to resist culture as it is for culture as it can be, and how to make sensible time’s embrace.

Madison Brookshire is an artist and filmmaker whose work moves between experimental film, music, painting, and performance. While firmly rooted in the tradition of experimental cinema, he uses a wide variety of media—digital and analogue; film, video, installation, and music—to engage viewers in deep experiences of time. He also frequently collaborates with musicians and composers, such as Tashi Wada, Mark So, and Laura Steenberge. Currently, he teaches in the Art Department at the University of California, Riverside and works for VTS (Visual Thinking Strategies), an arts education non-profit.

Madison will also be performing Fountain in our Expanded Cinema Programme on Saturday 4 May. Details here.

Rhea Storr – Bodies on Film: 16mm as a Radical Aesthetic 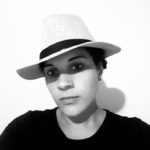 I use 16mm film to consider where images fail or resist us. Can an analogue practice be radical in the way in which it talks about identity? With a specific focus on Caribbean carnival, this talk will explore the vibrant colour fields of analogue abstraction as a form of masquerade. As a woman of mixed-race
making work between two cultures, I will consider several key themes; non-performance and power, Black bodies in rural spaces and the importance of analogue processes in describing the inadequacies of image making.

Rhea’s A Protest, A Celebration, A Mixed Message will be screened on Friday 3 May in Your Joy is an Act of Rebellion. Details here.

Stephen Broomer – Mindstrips: The Found Image as a Psychic Analogue 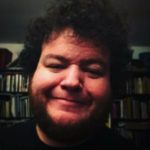 In this talk, I will discuss a variety of manifestations of found footage in cinema, and the varied purposes that it serves, from satirical juxtapositions and representations, to embodiments of outrage and acts of bearing witness, to psychological parallels and surrogate representation. With reference to films by Cornell, Hammer, Brakhage, Arnold, and others, I will outline a heritage of found footage filmmaking to the present day, and will speak to the particular influences and motives bearing on my recent films, Potamkin (2017) and Tondal’s Vision (2018).

Stephen Broomer is a filmmaker and film historian. He is the author of Hamilton Babylon: A History of the McMaster Film Board (University of Toronto Press, 2016) and Codes for North: The Foundations of the Canadian Avant-Garde Film (CFMDC, 2017). His films have screened at such venues as the San Francisco Cinematheque, the Anthology Film Archives, and the International Film Festival Rotterdam. (Stephen Broomer)

Stephen’s feature film, Tondal’s Vision, will be screened on Friday 3 May. Details here. 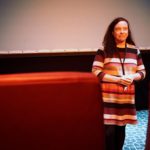 New discoveries often arise from accidental results, thus my artistic film path features a walk from exploiting the one accident that lead to new accidents. Luckily, photochemical film gives the opportunity to make many mistakes and therefore dive deeply into accidental results. Although for me personally, the real fun only starts when making them in a controlled and staged way.

Esther Urlus is a Rotterdam-based artist working with motion picture film formats Super8, 16mm and 35mm. Resulting in films, performances and installations, her works always arise from DIY methods. Kneading the material, by trial, error and (re) inventing, she creates new work. Urlus is the founder of WORM Filmwerkplaats, an artist-run workspace dedicated to motion picture film as an artistic, expressive medium.

Esther will be presenting a programme of her 16mm work, including the UK premiere of study for a battle, on Friday 3 May. Details here.