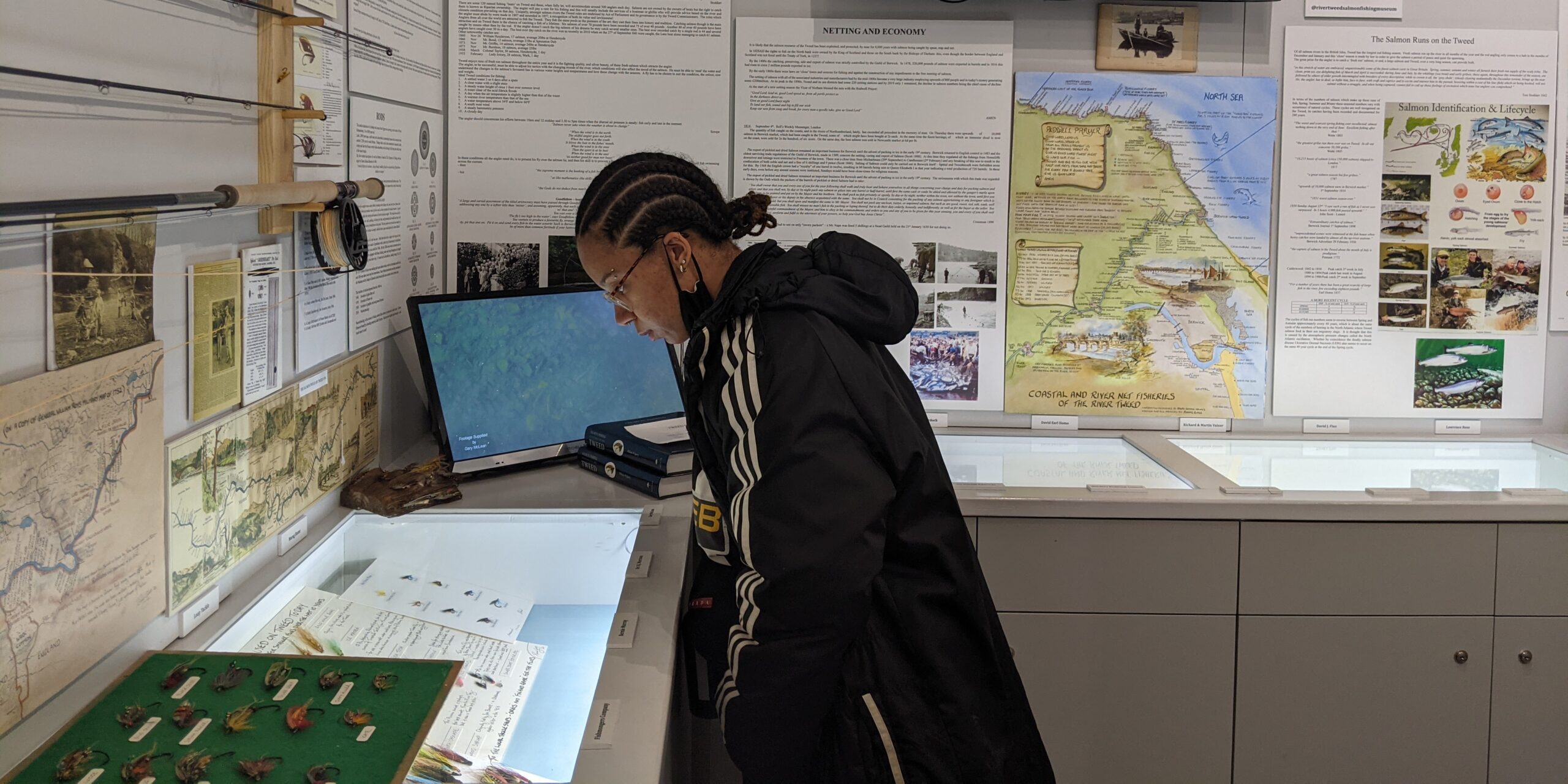 Natasha Ruwona began their research project, what is held between two waters, with Alchemy Film & Arts in November 2020.

The project explores and meditates on the River Teviot, Atlantic salmon and Hawick-raised Tom Jenkins (1797 – 1859), Britain’s first Black schoolteacher, towards the development of a new moving-image work.

what is held between two waters is part of The Teviot, the Flag and the Rich, Rich Soil, Alchemy Film & Arts’ programme exploring the borders, boundaries and lines of Hawick and the Scottish Borders.

Natasha Ruwona is an Afrofuturist dreamer interested in thinking from an apocalyptic perspective that considers the uses of hauntology and counter-memories in understanding contemporary Black identities.