As part of The Teviot, the Flag and the Rich, Rich Soil, our programme exploring the pasts, presents and futures of Hawick and the Scottish Borders and investigating the town and wider region’s cultural identities in relation to land, water, industry, territory, place and environment, Alchemy is offering a number of bursaries to Borders-based artists. These bursaries will support a range of community-oriented projects between July 2021 and December 2023. 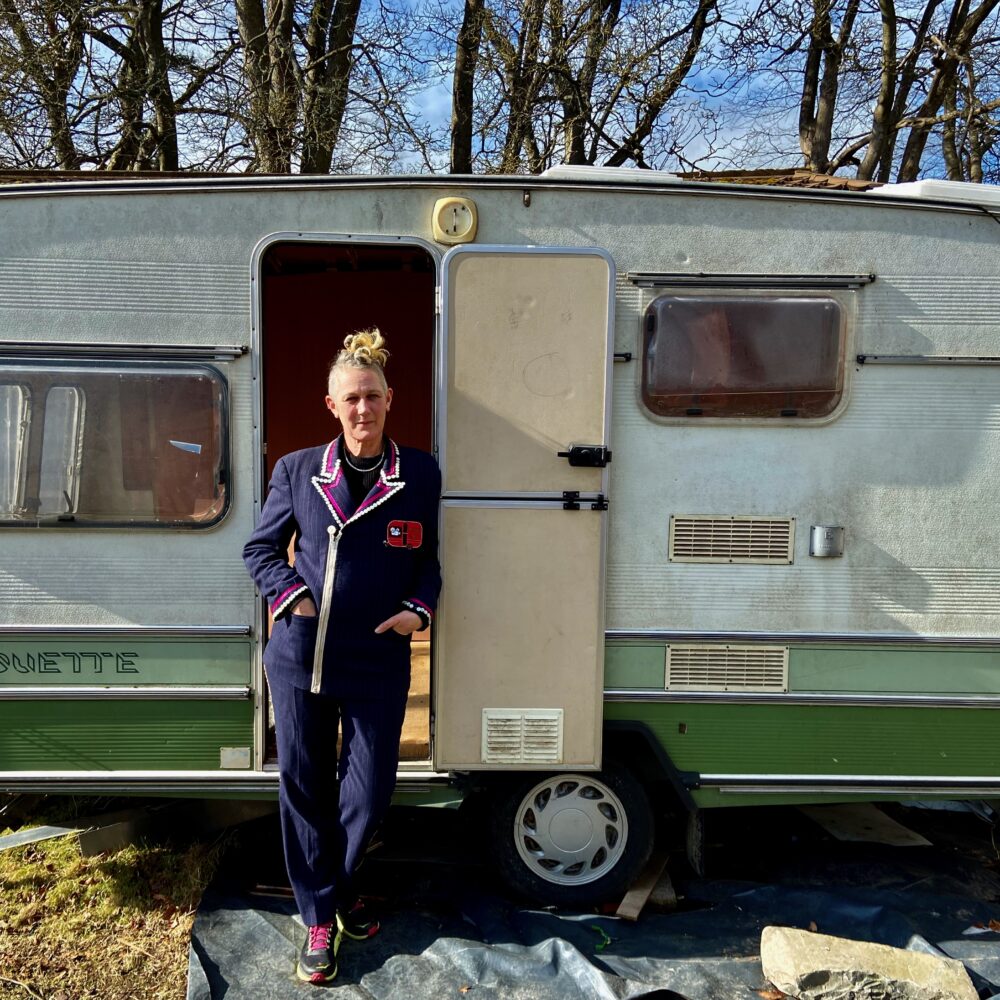 Kerry Jones is a Scottish Borders-based multimedia artist and curator whose practice encompasses film, sound, archive, manipulated still images and site-specific interactions. She is a founding member of Moving Image Makers Collective, an active member of the autonomous artists network Collective Nonsense and collectively curates Films For Change, a series of climate-oriented film screenings and discussions based in Hawick.

Alchemy’s artist bursary has helped Kerry to initiate Moving Images – a solar-powered cinema inside a 1980s caravan hosting experimental film, artists’ moving image, social and environmental justice films and filmmaking workshops. Moving Images will receive its first outing at the twelfth Alchemy Film and Moving Image Festival, after which it will tour a community programme of screenings and workshops across South of Scotland.