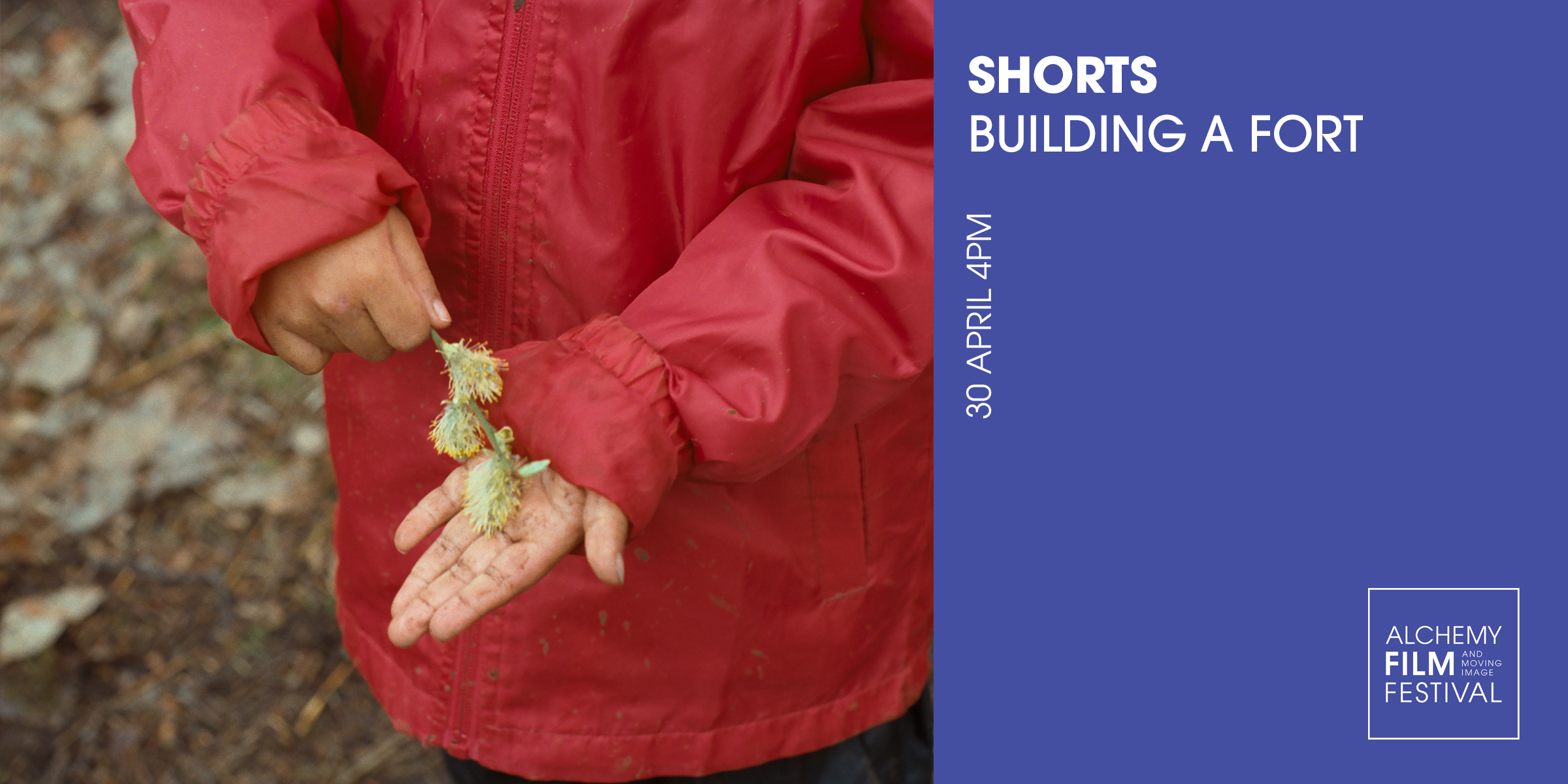 The nine films in this programme embrace the many possibilities of play – including experimentation, orientation, understanding.

Beautiful accidents and fruitful mistakes abound. Chloe Charlton’s Memories of the Shoreline, 1 – 4 is a frenetic and immersive suite of brief 16mm engagements with the Scottish coast. Edited in-camera, Charlton’s film is a living, sensuous ecological study. There’s a similar playfulness to Nude Me/Under the Skin: A Resurrection of Black Women’s Visibility, a collaboration between British-Ghanaian performance artist Enam Gbewonyo and filmmaker Freddie Leyden. As Gbewonyo dances around the imposing neo-Gothic architecture of a London mansion, Leyden perspicaciously captures her conversation with the space in a defiant gesture of post-colonial reclamation.

Josh Weissbach’s a landscape to be invented is a speculative disaster document, an unsettling analogue catalogue of purple plants, ultraviolent oceans, lurid microscopic forms. A composed and found soundtrack of narration and conversation provides a grimly ironic counterpoint: ‘Any possible landscape is achievable.’

In We Know a Better Word Than Happy, Helen McCrorie gets down to a child’s-eye view to capture the muddy joy of kids playing in the Children’s Wood, a community-led public green space in Glasgow. Underlined by Margaret Salmon’s tangible 35mm cinematography, the kids provide a chorus of testimonies about the right of outdoor play – and a need to defeat the dragon!

A touching cine-letter by Gabby Sumney to a six-year-old artist obsessed with perfection, Rainbow Dragon presents a filmstrip animated with a series of the filmmaker’s beautifully abstract accidents. B-movie sci-fi meets valley-girl comedy in Grace Sloan’s gloriously outrageous Death Valley. It’s New Year’s Eve 2080, and with a solar eclipse (in Leo) set to take place, Zadie is headed to her friend Tallie’s spaceship for a party after jetting down to earth for a spot of yoga in the desert. What could go wrong?

Strangely evoked landscapes also feature in Jen Martin’s The Divine Isle, an exploration of Isle Maree, a location on a loch in the Scottish Highlands steeped in mysticism. In a mesmeric attempt to negotiate through the material towards something more elusive, Martin alchemises an array of formal elements, including analogue and digital photography, images within images, and a percussive score.  Percussion is at the centre of Antoine Amnotte-Dupuis and Bascaille‘s endlessly inventive Sound of Wear. Much more than the literal documentation of a trio of non-traditional percussionists’ practice, the film employs a mixed-format method that playfully echoes the musicians’ various DIY experiments in sonic creation.

Finally, in Regina Mosch’s symbolist Searching for Shore, we return to the Scottish coast and another in-camera celluloid experiment, one that finds unexpected poetry in a Jenga enthusiast attempts to keep an addiction at bay. Play on. 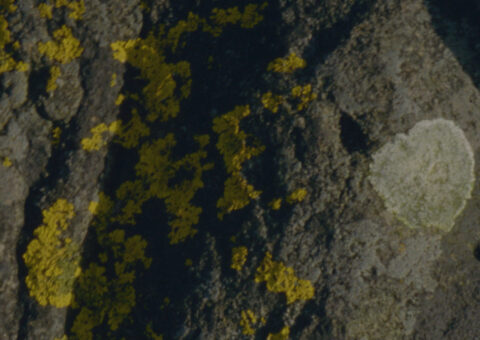 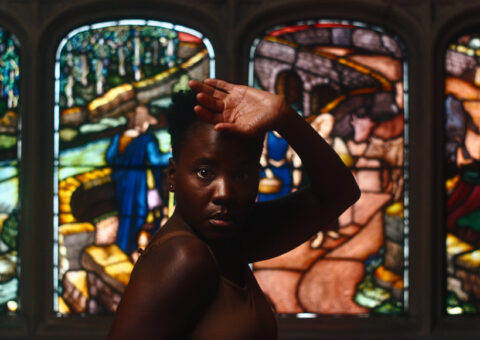 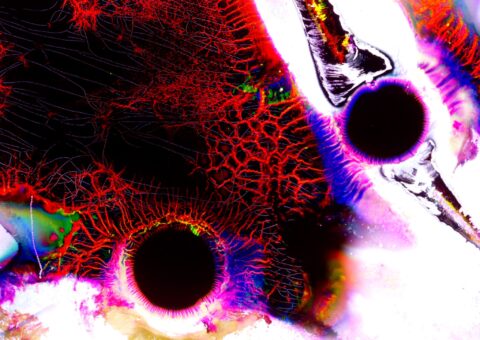 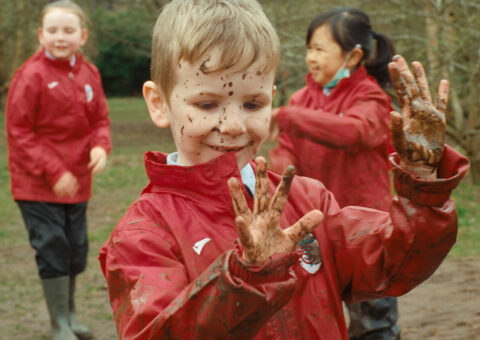 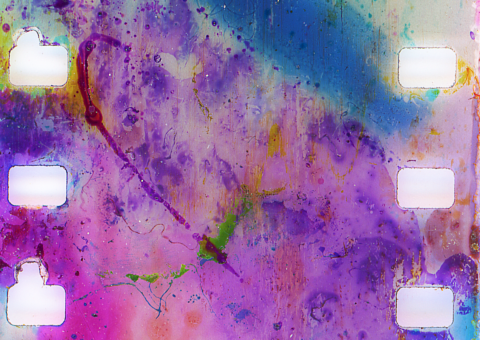 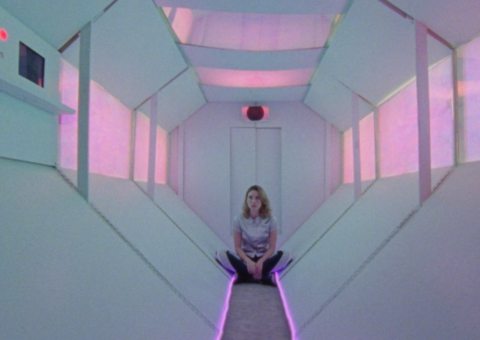 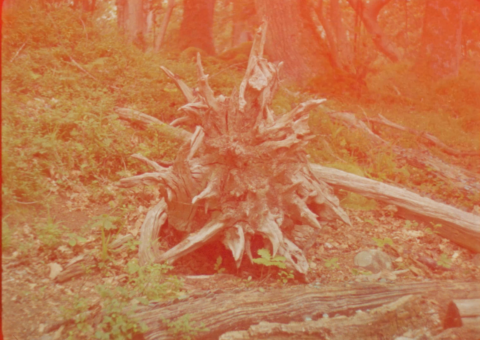 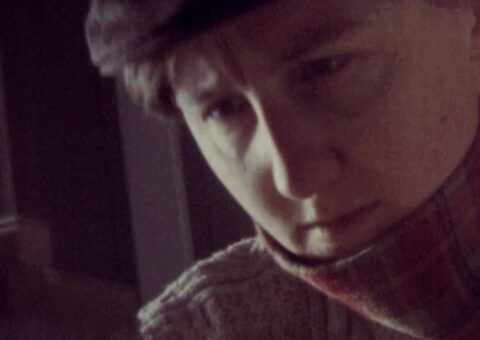