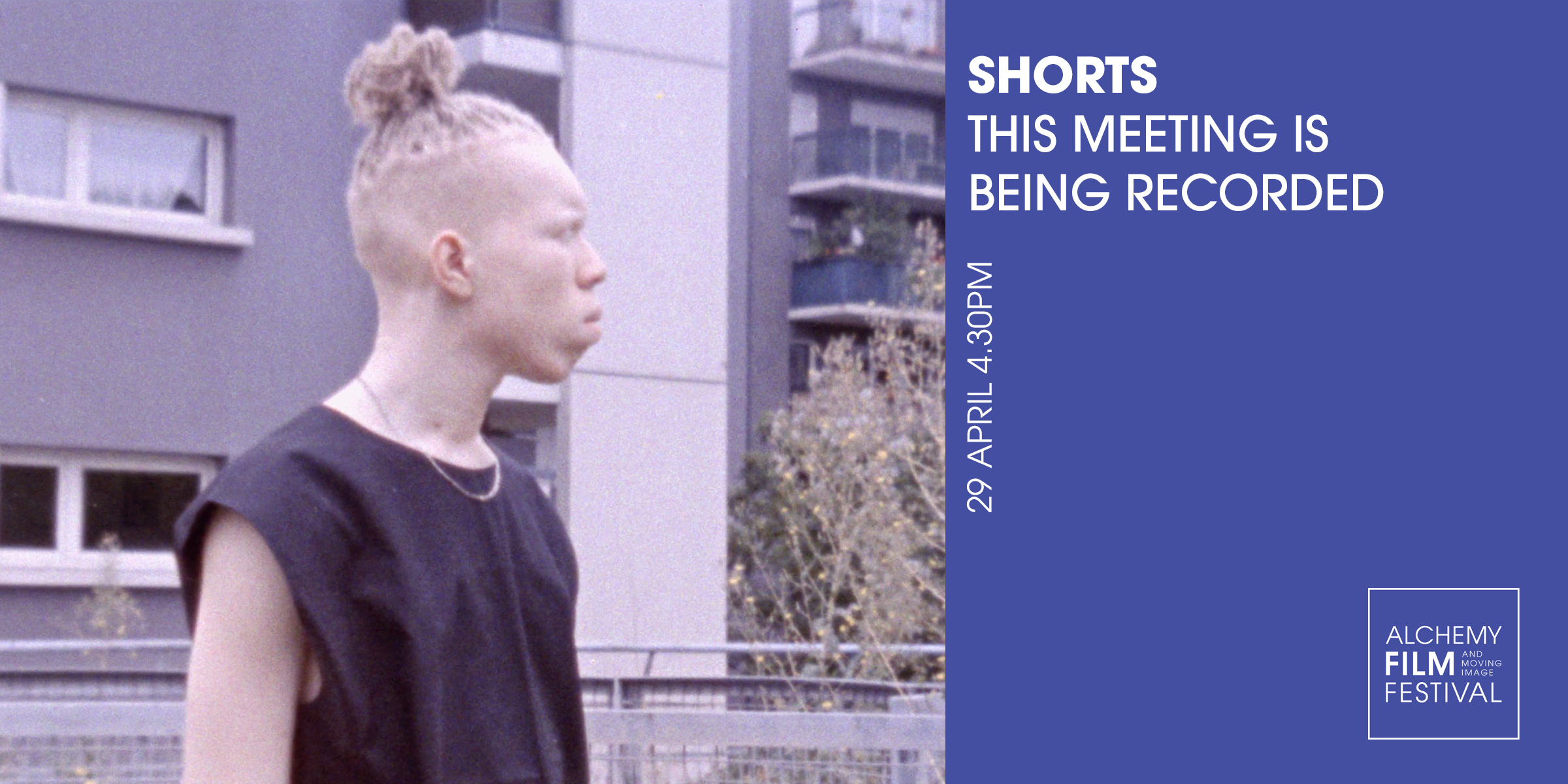 WELCOME > SCHEDULE > SCREENINGS > SHORTS > THIS MEETING IS BEING RECORDED

The eight films in this programme explore architecture as portraiture, portraiture as archaeology, voice as gesture, and different, dis/embodied labour forms. Unusual Moment, Bryam Kinkela’s enigmatic, minimalist man-meets-woman fiction, deceptively simplifies the never-ending complexities of desire, an appropriately archival quality achieved through the use of textured Super 8mm photography. By contrast, Kondo Heller’s MU/T/T/ER revels in Babel-like linguistic excess as it investigates personal identity, belonging and radical healing. Proceeding from the play on words of its title (‘Mutter’ means mother in German), this creolised desktop collage merges found footage with spoken texts as it travels between London, Mombasa and Berlin.

In her excitingly contingent formal experiment Real Time, Sasha Pirker employs a hand-wound Bolex camera to capture visual artist Gerlind Zeilner in the act of making a drawing. Line follows tantalising line until all is revealed in a self-reflexive double act of female creative labour. In Katie Hare’s cooperation, economy, industry, embodied female labour – the work of the administrative assistant – is interrogated in the context of a capitalist order. Archival training films are overlaid with the imprisoning pattern of the stenographer’s notepad, while the oppressive clattering of typewriters soundtracks a trip through an analogue age of office work to the contemporary online meeting.

Intergenerational collaboration as a means of assuaging the loss of work is exposed in Kathryn Attrill’s Hiding Places, in which the filmmaker’s celluloid practice entangles her grandfather’s prawn-fishing practice on the Isle of Wight, now lost due to environmental change. Voiceover testimonies are paired with peppermint-processed shades of blue in a poignant act of healing. The sea, labour and environmental change also interplay in Asako Ujita’s immersive Deepwater Horizon: Exhalation. Weathered found footage of an ancient Japanese community of female free-divers is intertwined with sonar imagery detailing the 2010 Deepwater Horizon oil spill. Meanwhile sonar audio from the spill and deep breathing in counterpoint create a claustrophobic sonic tapestry, creating a transfixing marine meditation.

Keep breathing. Taking the story of a strange occurrence with the breath of Scottish factory workers in the nineteenth century as its point of departure, Fionn Duffy’s The Story of White’s Whistlers is a wry essayistic interrogation of labour and capital and modern environmental disaster. Church window overlays of a shot of Glasgow’s polluted Polmadie Burn slyly subvert Victorian values in this assertive, politicised work.

In If I could name you myself (I would hold you forever), Hope Strickland memorialises the hidden resistance of Black women forced to labour on cotton plantations and who used the root of the plant as birth control. Archival footage and intimate composed images are threaded through tenderly spoken poetry on the soundtrack, in a personal cine-commemoration of ancestral ‘loving rebellion’ and cross-generational distaff solidarity. 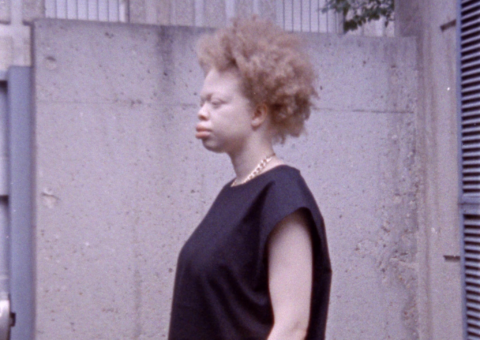 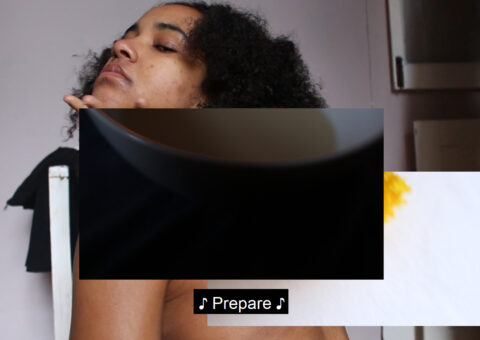 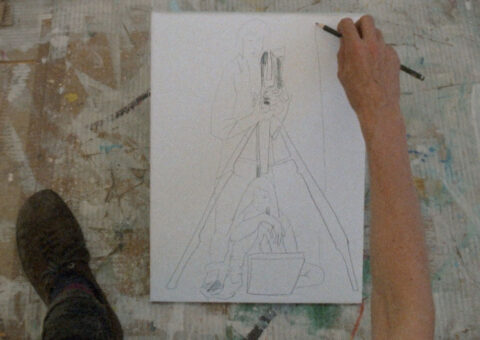 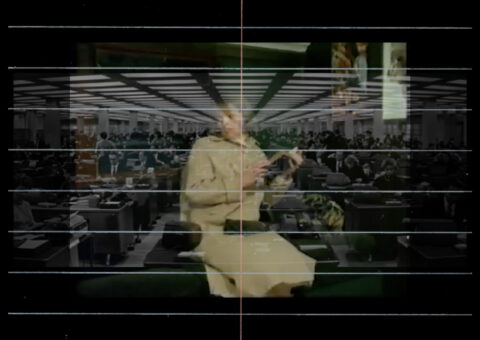 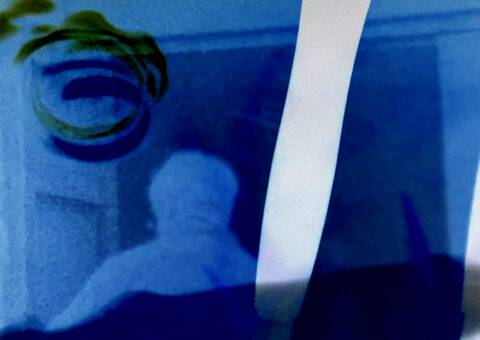 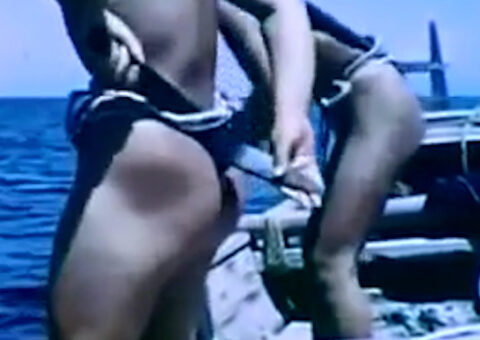 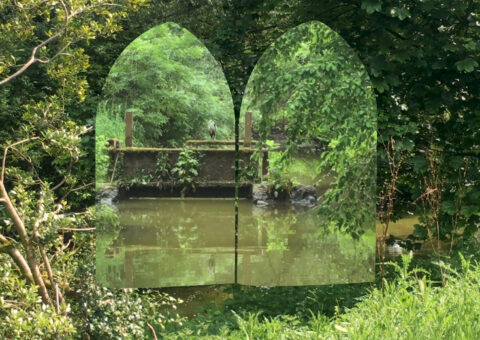 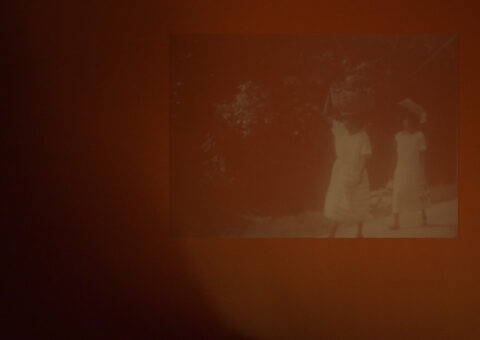 WELCOME > SCHEDULE > SCREENINGS > SHORTS > THIS MEETING IS BEING RECORDED