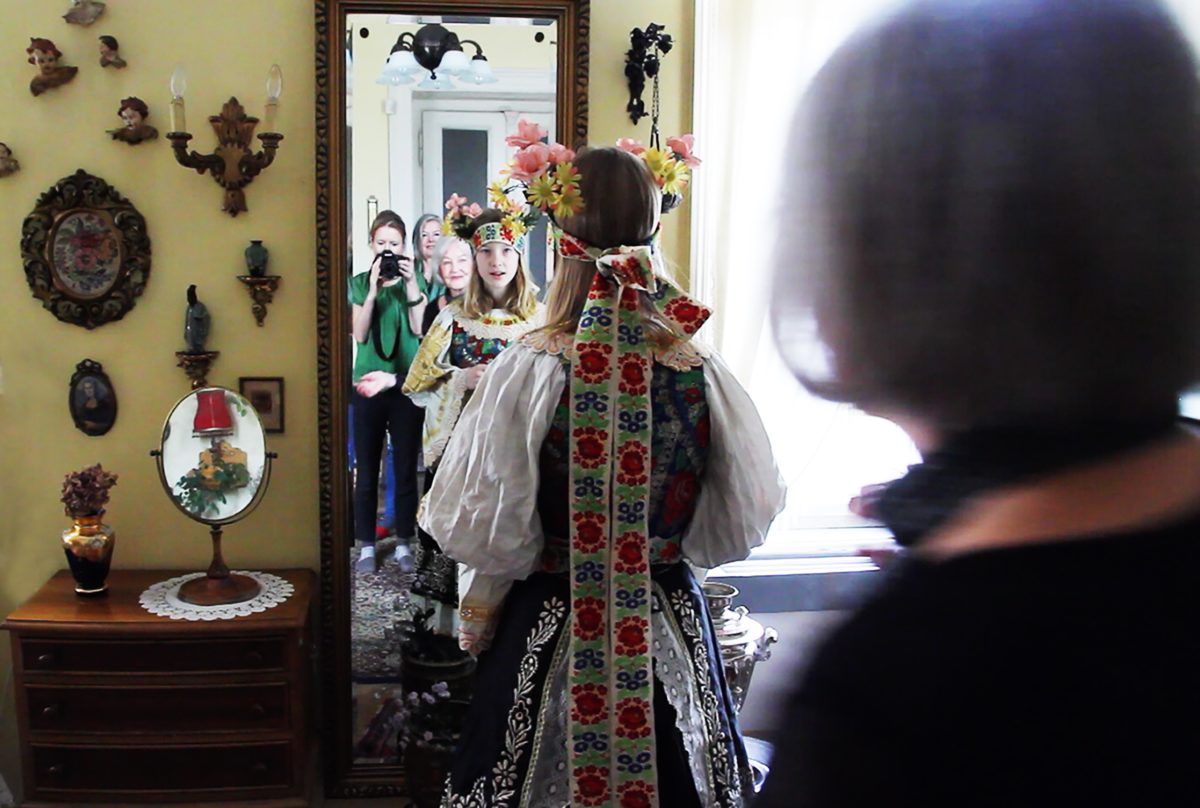 FROM YOU TO ME: 4 GENERATIONS OF WOMEN
Tereza Stehlíková
Sat 26 January – Friday 8 February 2019

Tereza Stehlíková’s From You to Me: 4 Generations of Women is an ongoing project exploring the unique and complex interconnections between four generations of women within the artist’s own family.

Tereza’s collection of short experimental films, beginning in 2011, capture the unique moments of her grandmother, her mother, her daughter and herself reuniting between the Czech Republic and Britain over several years. Documentary-style dialogue is combined by Tereza with staged family rituals exploring the bonds between the women, while also uncovering issues of hidden family histories.

Shown with Alchemy Film & Arts in an installation of six films, Tereza creates an entrance to the world of the four women, temporarily materialising memory through immersive projection and questioning the tangibility of memory itself.

The collection of 6 films:

Traditional Czech folk costume, hand-embroidered by the artist’s great-grandmother in 1918 also on display in the Textile Towerhouse, High Street, Hawick.

Tereza Stehlíková is an artist who explores themes of sensory aesthetics, embodied memory and the boundaries between inside and outside using performance, food and moving image.
She works as a senior lecturer in still and moving image theory and practice, at University of Westminster, as well as a visiting lecturer at the Royal College of Art. She holds a PhD from the RCA, where she researched the tactile language of moving image and is currently engaged in cross- disciplinary research investigating how moving image can be used to communicate embodied experience.

Tereza’s work has been presented and published internationally in film festivals, symposia, exhibitions as well as various publications such as Vertigo magazine, Artesian and Go Together Press. She is also a founding member of Sensory Sites, an international collective based in London, generating collaborative exhibitions, installations and research projects that explore multi-sensory perception and bodily experience.