SHORTS: BUILD ME A DREAM 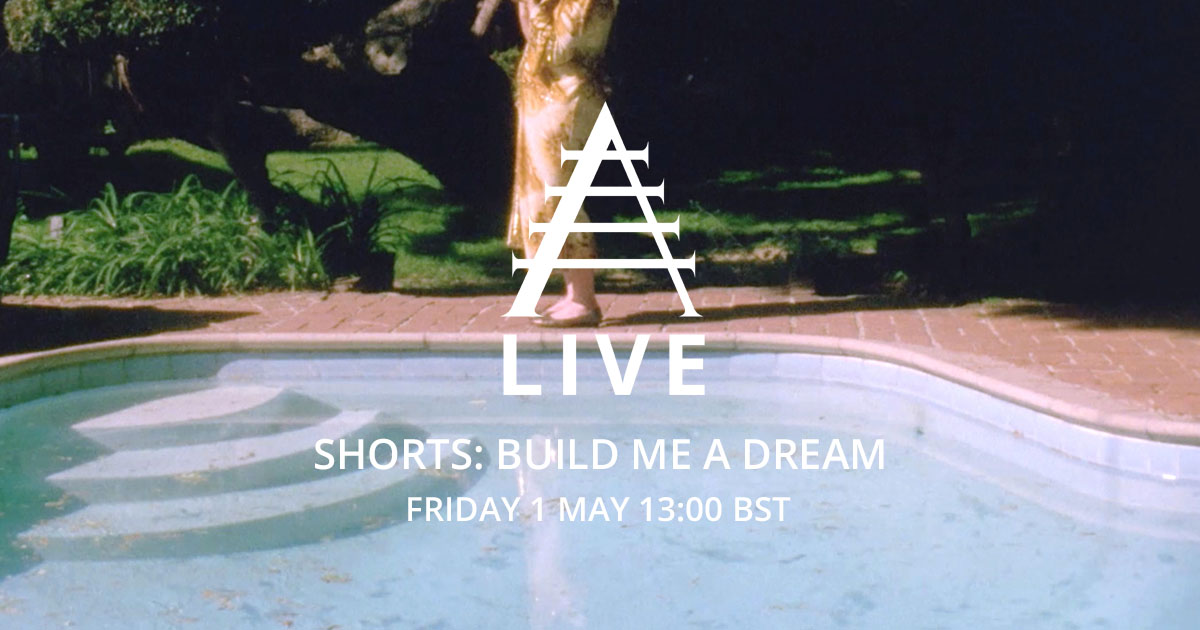 Through fabricated fantasy or a refashioning of the everyday, the three films in Build Me A Dream put forward compelling worldviews and a unique approach to the dreamworld, inviting viewers to journey through the absurd, consider a meditation on death and observe the power of sound.

Louise Milne’s Hypnos is a dream-like film-poem, encompassing a disorienting use of colour, black and white, Super8 and digital recordings, driven by several voices preoccupied with death. English, French and Ancient Egyptian tongues create not a drone like repetition but an insistence. Returning frequently to the image of journeying, the film’s destination remains unknown. When we do encounter the natural world in Hypnos, it cannot be located in a specific place or time.

From real to surreal, the bewitching animated world of The Flying Fish takes us on a complex if not bizarre journey. Murat Sayginer re-appropriates objects in unexpected ways, be it a shopping trolley turned Ferris wheel or a marble sculpture with machine arms. With ritual and repetition in abundance, the film employs a logic to which we can only be spectators. Sit back and enjoy the ride.

Laura Bouza’s Gaia Mama is also, in very different ways, a feast for our eyes and ears – introducing and exploring the use of singing bowls as if they are characters. Proper instruction as to how the bowls are played allows us to witness the care and gentle guidance of a teacher, Kabbalah, and her student, Florence. Rhythmic vibrations on the bowl’s surface are captured in high speed 16mm film, revelling in grain and colour. A delight to watch, the film flits between the natural world and sonic: a luscious deep purple flower in the half-light and the clear tone of a singing bowl. 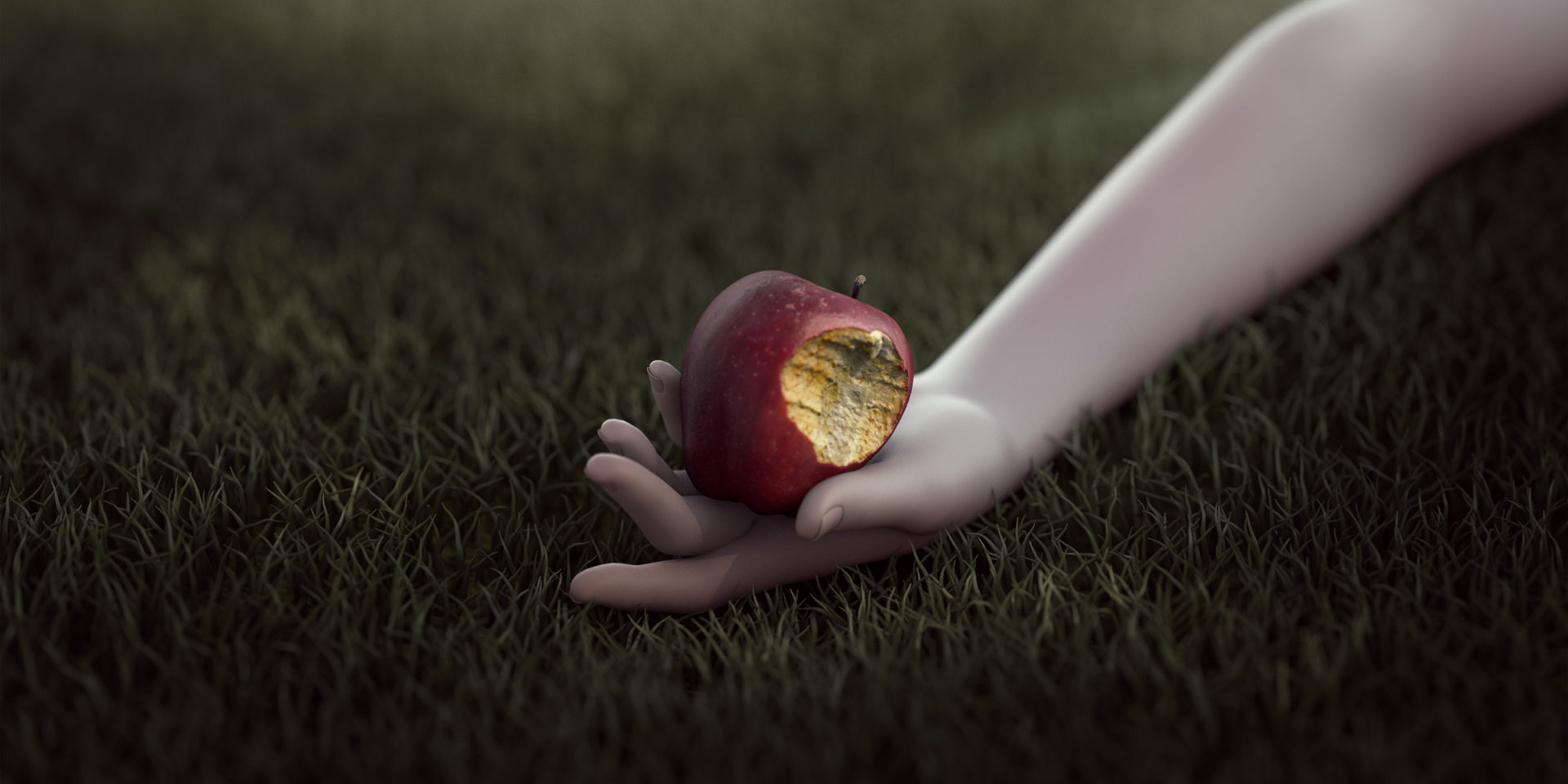 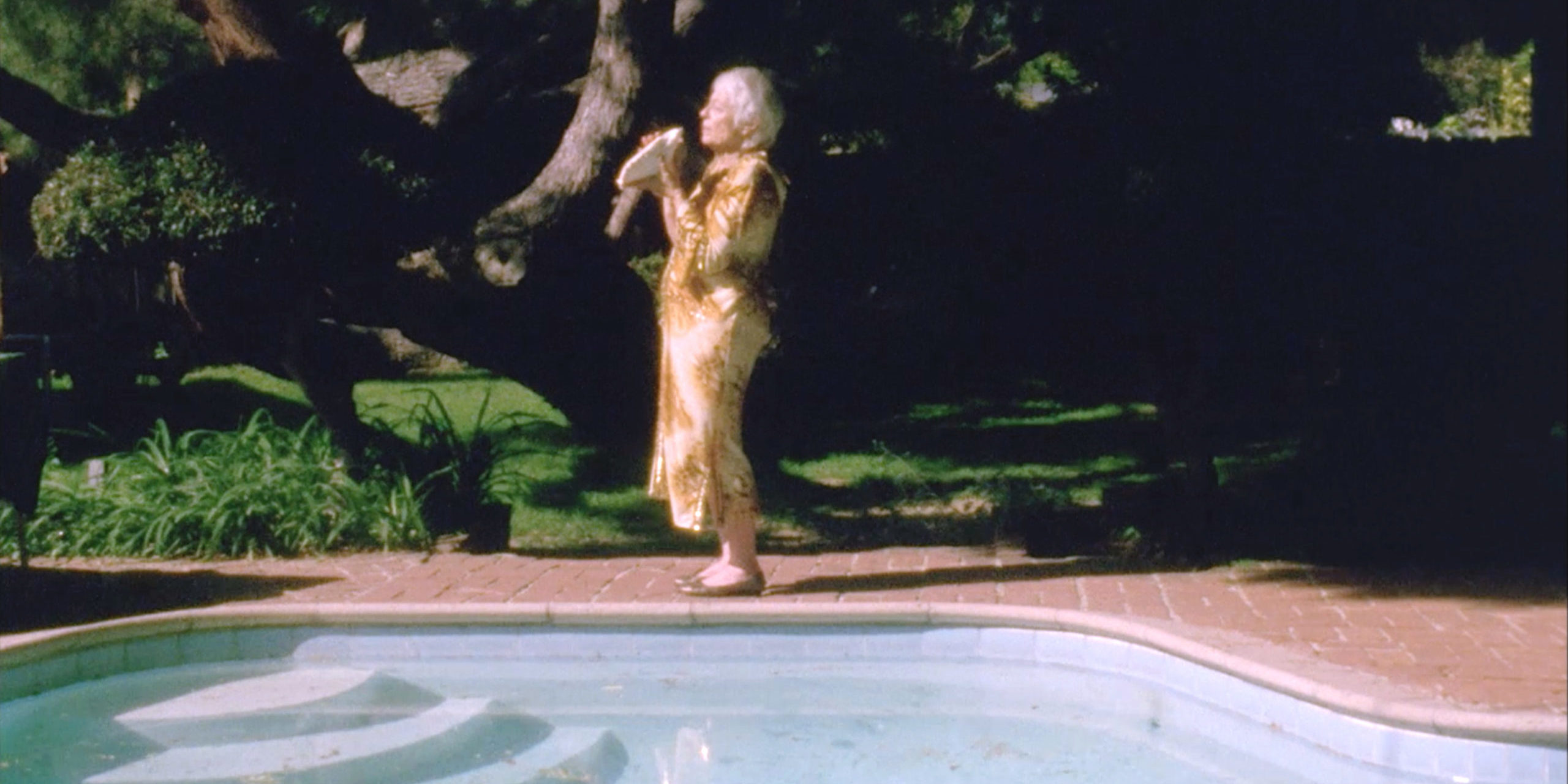 This is the third entry in a series of films around dreams. In terms of research could you give some context as to how this relates to the other two, and what it develops distinct from them?

The three films started from a common basis, exploring my own ‘archive’ if you like of Super8 film, shot for various purposes over the years. The idea of the dream-film as travel in time, in memory, was the starting point for Mnemosyne, which has three voices (man, woman, child); Eidolon expands the central theme of Super8 as memory, held together by three dream texts and again three voices (two men, one woman).

In Hypnos, the journey in time and space is, I hope, very clearly to the otherworld or afterlife. The same text is spoken throughout – an Ancient Egyptian poem – in the original language, in French, and English derived from the French. The key visual theme of driving has more urgency and more ‘supernatural’ elements, such as the occult radio station on the soundtrack. Developing on from the other two, Hypnos references the underworld as a destination: the drive through the stormy night, the subway sequence, an embarkation over water.

It’s always fascinating, as a viewer, to try and unravel a production method: the extent of the intuition, the structures in place. What kinds of structuring devices did you draw upon in developing this?

I had the main visual idea for the film, and started shooting immediately, as we were driving through a storm at night into the city of Boston. I knew that the bridges, the skyscrapers and tunnel were coming, and under these conditions could make a fantastic entry into the underworld.

I also knew that I wanted to use the poem – The Man who was Tired of Life, or The Dialogue of a Man with his Soul [ba] – in its sheaf of languages, as the backbone narrative. The rest of the structure was about choosing imagery that would associate fluidly with aspects of the poem. The biggest production issue was finding an ancient Egyptian speaker. Thank you, Dr Daniel Potter, of the National Museum of Scotland.

The otherworld is a destination, so to speak, that one can visit only in the imagination. What Hypnos tries to do is evoke it both as a never-ending journey, and as an imaginary place, or set of places – it could be, psychologically, a lost place in memory – or, in visionary terms, paradise as a wilderness, an island, a garden.

As a narrative, the shifts through time, space and perspective are I hope orchestrated carefully. We start in the car, moving fast through the dark, the dark opens and closes in various ways, the movement goes up, then down, there is the embarkation and the crossing – glimpses of the other side, but one cannot stay there. This way of structuring the otherworld I draw from Alfred Gell’s theories about occult signification as a curved mirror.

The most challenging aspect in terms of structure was where and how to end it, given that the destination is unreachable. Here it was possible to play with cinematic time, and arrange patterns of extreme movement – the driving sequences – balanced with peace.

As the world turns increasingly digital, we might assume that potential worlds and new imaginaries are ahead. But it seems that for a particular kind of film, at least, it is images made with analogue film that have come to form some kind of potential or imaginary. In the case of Hypnos it’s the filmic images that are the more oneiric.

That’s right, and that’s of course why I use Super8. But digital is central to my practice also. Digital erupts – or interrupts – grounding the different reality of the Super8, both in this film, and in Eidolon. In Hypnos especially, the digital has an important role – it stands for grounded reality, where the Super8 is dream state. But one of the pleasures of the film, I hope, is to experience a dissolution of that reality, when the digital ‘real’ is itself transformed – breaks apart – into the oneiric mode at the end. It is the way you can interplay the two that really interests me. Hypnos explores these possibilities.

Scroll down further, below these Q&As, for the backstory to Hypnos, which Louise sent last year to Daniel, the film’s Ancient Egyptian voice, and Anne-Laure, its French voice.

This film is absolutely full of ideas, motifs, images. The visual richness of the work is impressive and exciting. How long did it take and what kinds of challenges did you encounter in developing it?

This project started as separate short films. At first, I was not aware that I would merge them but when I got to the first three shorts I immediately saw the links in between and worked towards the overall story. When I reached ten short films I realised that the fusion of them was ready to be made. So it took a total of seven years to finish the film. Technically, time management was the most challenging part as rendering animations with only one computer can be frustrating!

The world depicts new possibilities, future worlds. What kinds of research did you undertake in making it?

I am quite skeptical when it comes to learning or researching. I rather take my own experiences as evidence. But this film involves lots of symbolism and I love reading about astrology. I used what touched my soul and vision.

To what extend does a film like this need to be scripted, storyboarded, planned? Are you working intuitively? What’s the method?

Honestly this was an experiment all along. No script, no storyboard, no plans. I approached this as an artist and followed the paths that expanded on each step. Intuition plays an important role but then there is also the emergence of divinity, as if this film was meant to be this way. I did not have much control over it, there wasn’t a particular method. It was only me, reflecting – no, refracting – on life.

On the backstory to Hypnos, Louise Milne writes:

I shoot mainly on Super8 film, which has the virtue of immediately appearing to refer to the past, and to memory. The footage I have in mind for this includes, for example, shots of a boat hanging in silhouette in a carved stone Renaissance boathouse, on an island in Lake Orta, Italy – with glimmering water visible through the arches… The point is to make visual allusions and analogues – not literal illustrations – to the ideas and imagery in the Egyptian poem.

So why this poem? It has a strange and dreamlike backstory in itself. When I was 21 and working for a charity in France, we went to clear out a barn in the grounds of a chateau on the Isle-de-France. I found there an old diary for 1969 (the year of the moon landing), with the pages blank, and, in the same box, a page torn from a magazine, which contained part of the Dialogue translated into French [‘La mort est aujourd’hui devant moi…’]. I took these home to the ruined farm in which we were living, and, that night, I copied out the French into the diary, and translated it as best I could into English. This is the source of the French and English versions I want to use. I still have the pages of the diary; the original magazine page was lost in a flood in New York (another story). Hence the two translations, along with the original; the movement of the translations – intertwined with the Super8 imagery – I hope will enact some processes of memory in interesting ways…