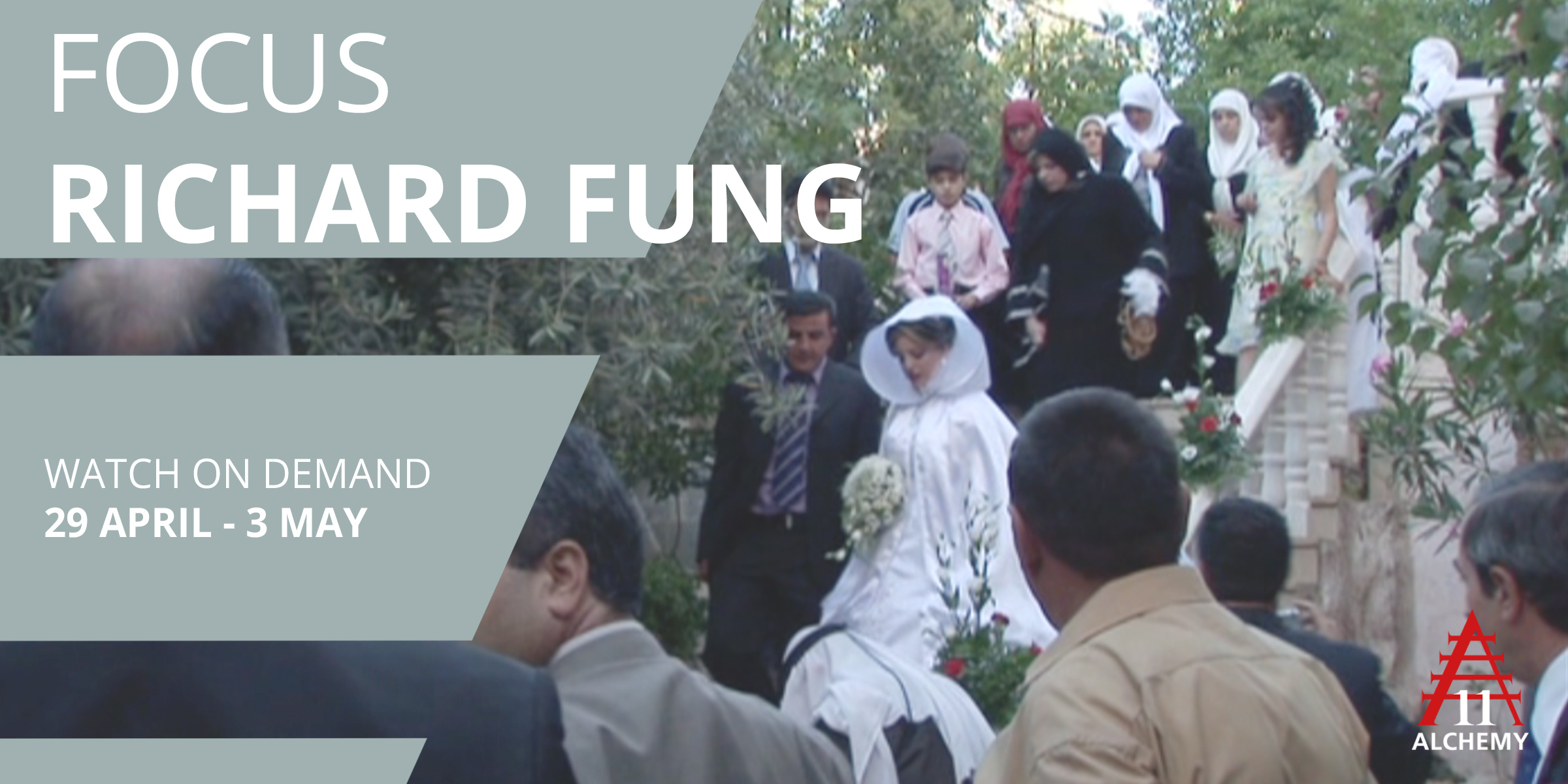 Richard Fung is an artist and writer born in Trinidad and based in Toronto. His work comprises challenging videos on subjects ranging from the role of the Asian male in gay pornography to colonialism, immigration, racism, homophobia, AIDS, justice in Israel/Palestine, and his own family history. He was a Rockefeller Fellow at New York University and has received the Bell Canada Award for Outstanding Achievement in Video Art and the Toronto Arts Award for Media Art.

Curated by Jonathan Ali. With thanks to Vtape. 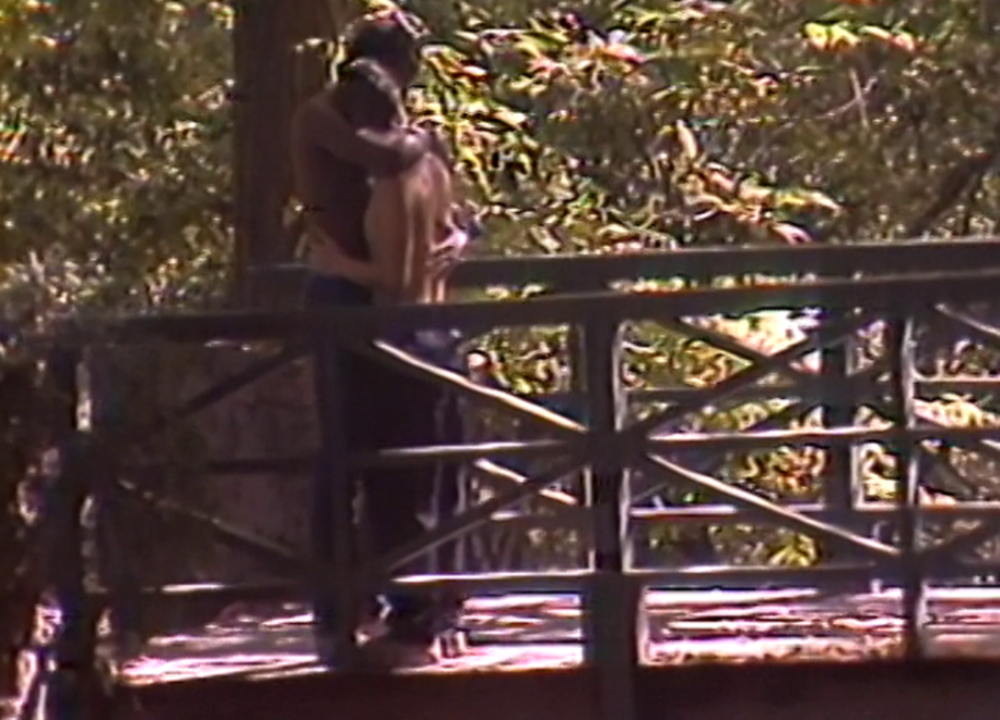 SITDOWN
Listen to a conversation between artist in focus Richard Fung and the programme’s curator Jonathan Ali, whose contextual essay can also be read below.

A transcript of Richard and Jonathan’s conversation can also be read here.

‘When I ask anybody where they are from,’ the late Jamaican-British cultural theorist Stuart Hall once said of Londoners, ‘I expect nowadays to be told an extremely long story.’ If Hall had encountered the filmmaker and writer Richard Fung, he could have expected the same. Born in 1954 in then-British Trinidad, to a family of Hakka Chinese heritage, Fung completed his secondary schooling in Ireland, before attending university in Toronto, where he still lives.

In a path-breaking career stretching across more than three decades, Fung has created an eloquent body of work that employs his multiple-hyphen hybrid identity as a point of departure from which to explore various and shifting intersections – of (post)colonialism, queerness, immigration, race and beyond. Switching up modes – essay, documentary, fiction, even public service announcement – with impressive ease, Fung’s videos, films and installations have always been characterised by a piercing honesty, as well as a refreshingly unmannered and undogmatic approach to moving-image thought and practice.

His first video, the documentary Orientations (1984), a look at queer Asian activists in Canada, appeared in the context of both gay liberation and, crucially, a burgeoning multiculturalism in which traditionally marginal ethnic communities in the Global North were finding the ways and means to assert their identity. Yet it was with his second video (and the first in this Focus programme), Chinese Characters (1986), that Fung announced himself as an artist intent on a particularly imaginative and intelligent use of film form.

Constructed around the ancient tale of a Chinese explorer, the work is an interrogation of the visible absence of Asian men in North American pornography, through a combination of partially fictionalised testimonies (including that of the filmmaker himself) and explicit extracts from gay porn videos that creates a collective portrait of the desexualised, denatured Asian male subject. A playfully provocative deconstruction of Orientalist assumptions and stereotypes, as well as a validation and a critique of pornography, Chinese Characters firmly situated Fung within a coterie of emerging Canadian video artists while also identifying him as a vital counterpart to the likes of Marlon Riggs in the United States and Isaac Julien in the United Kingdom.

Soon after, between videos that held up a spotlight to issues such as the status of refugees, the AIDS crisis and police harassment of Black men in Canada, Fung began an extended meditation on his family’s complicated history in a series of essayistic works. The first of these, The Way to My Father’s Village (1988), is a Chinese travelogue in which Fung seeks to reckon both with his ethnic heritage and the memory of his late father, while the second, My Mother’s Place (1990), is a shrewdly refracted portrait of the filmmaker’s complex relationship with his mother. The third, and the second selection of this Focus programme, Sea in the Blood (2000) is arguably the most incisive of these works.

The video is a patchwork poem built out of home movies, family letters and heartbreaking testimony, and combines two stories of love and illness. The first concerns Fung and his older sister, Nan, who suffers from a rare and deadly blood disorder, while the second is of the filmmaker and his long-term partner, Tim, who will come to be diagnosed with AIDS. A delicate rumination on trauma and the ability of familial bonds to both nurture and hurt, Sea in the Blood also enfolds memories of Trinidad and Tobago’s independence from Britain and the Black Power disturbances thereafter, as well as Maoist China. It is exemplary of a kind of personal-is-political filmmaking in which subaltern history can take on a universal resonance.

Islands (2002), the third film in this Focus programme, is both a continuation of Fung’s tireless exploration of his family’s history and a wry commentary on cinematic representation. A found-footage work, Islands deconstructs John Huston’s Heaven Knows, Mr Allison (1957), a  World War Two drama starring Robert Mitchum and Deborah Kerr set in the Pacific, through the story of Fung’s Uncle Clive. Shot not in the Pacific but the Caribbean, with not Japanese but Chinese-Trinidadian extras (including Uncle Clive) playing the faceless, nameless enemy soldiers, Islands illuminates Hollywood’s eternally problematic relationship with the inscrutable Other. Fung’s on-screen text serves to undercut Huston’s images, but it’s in the final moments, in which Fung enlarges and slows down the blurry frames of a sequence showing the Japanese soldiers staging a beach landing, with the on-screen text informing us that Uncle Clive – watching the film for the first time, in a Trinidadian cinema, long after its US release – ‘strains to see himself’, that Islands achieves its full effect.

The final film in this Focus programme, Jehad in Motion (2007), is a look at the life of Palestinian-Canadian social activist Jehad Aliweiwi. Presented on two screens, with a considered sound design, the work is an immersive double portrait, enacting Aliweiwi’s bifurcated being in two spaces: Toronto, where he lives and works, and Hebron in the West Bank, where he was born and raised and frequently returns to. Touching on such knotty themes as the occupation of Palestine, the increasing Islamicisation of the Arab world, and Islamophobia in the long shadow of the September 11 attacks, the film also finds joy and solidarity in moments of celebration – a wedding in Hebron, and, in Toronto, a Passover seder for peace.

An activist shuttling between Canada and Palestine might seem completely divorced from a Chinese-Trinidadian butcher sitting in a movie theatre in Port-of-Spain, but what animates Richard Fung’s concern for one man’s story is, at heart, the same thing that animates his concern for the other’s, as indeed for all the subjects in his works. The forces of modern history were unleashed by a vast colonial endeavour, one that began a global movement of equally vast numbers of people – uprooting and resettling them, often several times over, these multiple migrations creating not only diasporas but diasporas within diasporas, as well as ever-growing, increasingly complex identities. These forces formed Richard Fung, as well as his abiding interest in other individuals similarly moulded by history’s vicissitudes. Recently retired from his university teaching position, he shows no signs of stopping his fruitful filmic explorations of hyphenated lives. His extremely long story continues.

JONATHAN ALI
Jonathan Ali is a film curator and writer based in London. He programmes the Third Horizon Film Festival in Miami, Florida and is co-founder of the Twelve30 Collective, which is dedicated to screening Caribbean films in the UK. Jonathan is also on the Alchemy Film and Moving Image Festival programming team.