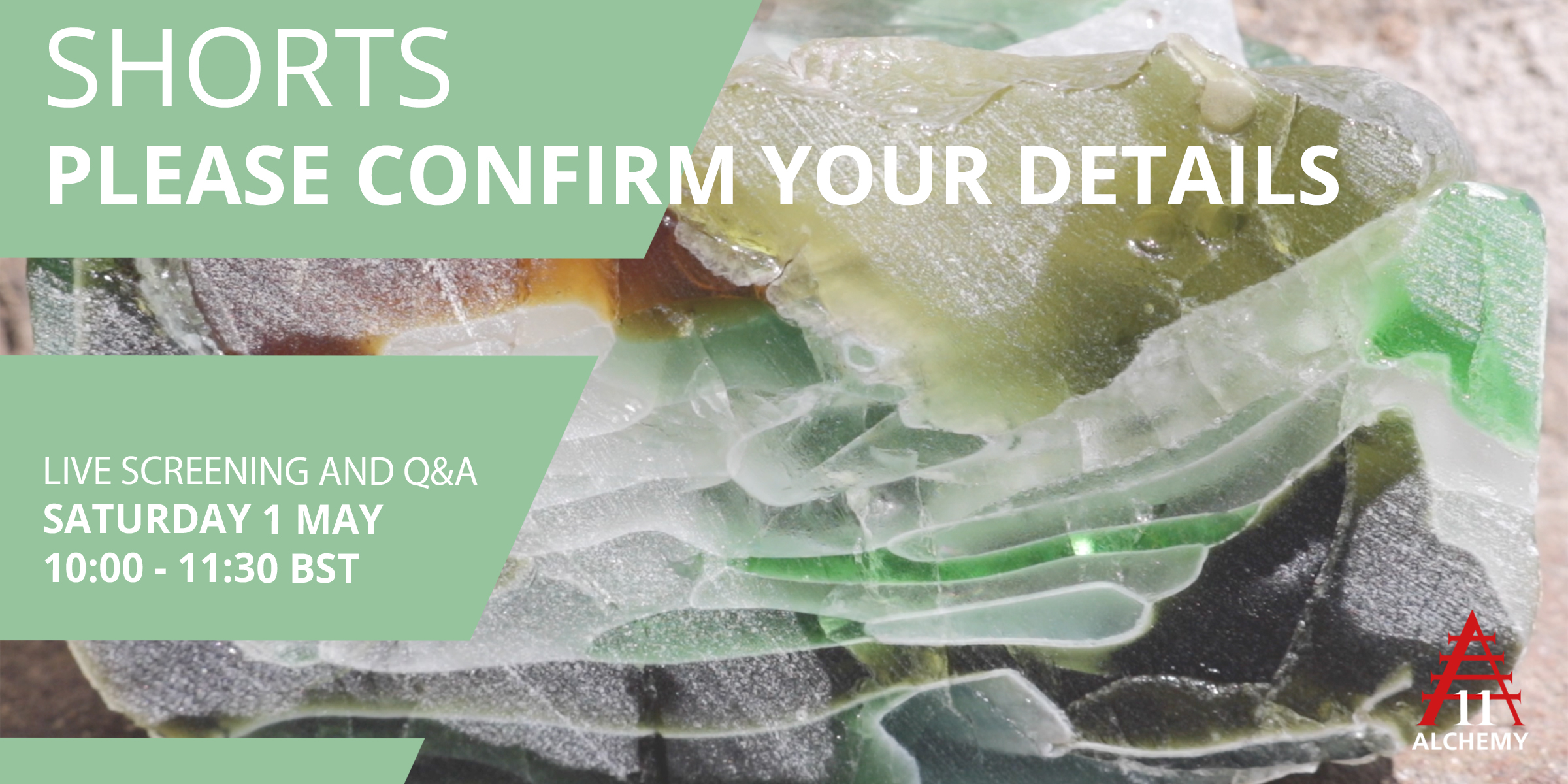 From the micro to the macro, eleven explorations of interconnection.

Please Confirm Your Details explores more than human interconnection. Across the eleven films in this programme, documentary, collage, close-ups, drone footage and assembled sound give form to divergence and fragmentation, dissection and illusion, and issues surrounding climate. Macro narratives are distilled into micro viewpoints. Confirming details is optional.

In Sam Firth’s essay film Field Notes On Love – which is also available on-demand, 29 April – 3 May, with audio description for blind and partially sighted audiences – a romantic relationship between a filmmaker and an ecologist interweaves explorations of categorisation, individuality, and a collective ‘us’. Human and nonhuman entanglements are enticingly allegorised amidst a lush Scottish woodland. From the forests and suburban landscapes of Western New York, Laura Kraning’s Fracture presents two years’ worth of collected textures. Bark, stone, and marble fill the frame here as much as lines, fissures, and cracks. A rapid succession of stills complements a soundtrack of wind, crackles and snaps, forming a mesmerising, time-spliced micro narrative.

In Amy Cutler’s Supermoon Variations, a red super-moon is evocatively refracted through lenses and 35mm nature slides. Filmed during lockdown from Cutler’s London balcony, the film captures a night-time performance in which shapes are barely visible, with an immersive soundtrack intensifying glimmers of detail and illusionary perspectives of human scale. In Reflection, Refraction, Flora Debechi recasts optical and projector lenses from ‘found’ sea glass along the coastline of Bute – lenses to look at rather than through. Debechi’s visual journal engages processes of capturing, waiting and transformation, from raw material to tactile sculpture.

In Among Sirens, by Kanta Collaborative, drone footage of Florida’s coastline – devastated in the aftermath of Hurricane Michael – plays out against audio nuggets of the same opinion regarding climate change on loop. The film provides urgent visual testimony in the face of climate denial. In Deepest Darkness, Flaming Sun, precarity in the context of receding glacial coastlines inform a wilderness guide’s personal reflections on living on Svalbard in the Norwegian Arctic. Ella Morton deploys song, altered Super 8 archival footage, and narration to capture the sublime and fragile qualities of this remote landscape.

Fragilities of time and perception are captured in macro in Kamila Kuc’s uchronia, no.1. Seductively textured images contrast against intimate and claustrophobic sounds, forming an eerily demanding observational experience. Marc Cartwright’s Orbital Discourse places a myriad of vocal perspectives into – and allegorises them as – a pan of water. Cartwright’s single-take film features plurality in close-up: its tensions, cacophonies, brutalities. Bring to the boil, then simmer. Curtis Miller’s National Bird 2 confirms, in conclusion, that attempts to capture an overview of nature and landscape can result in unexpected intervention: a comical and humbling rejection of the codes and modes that define a human gaze. 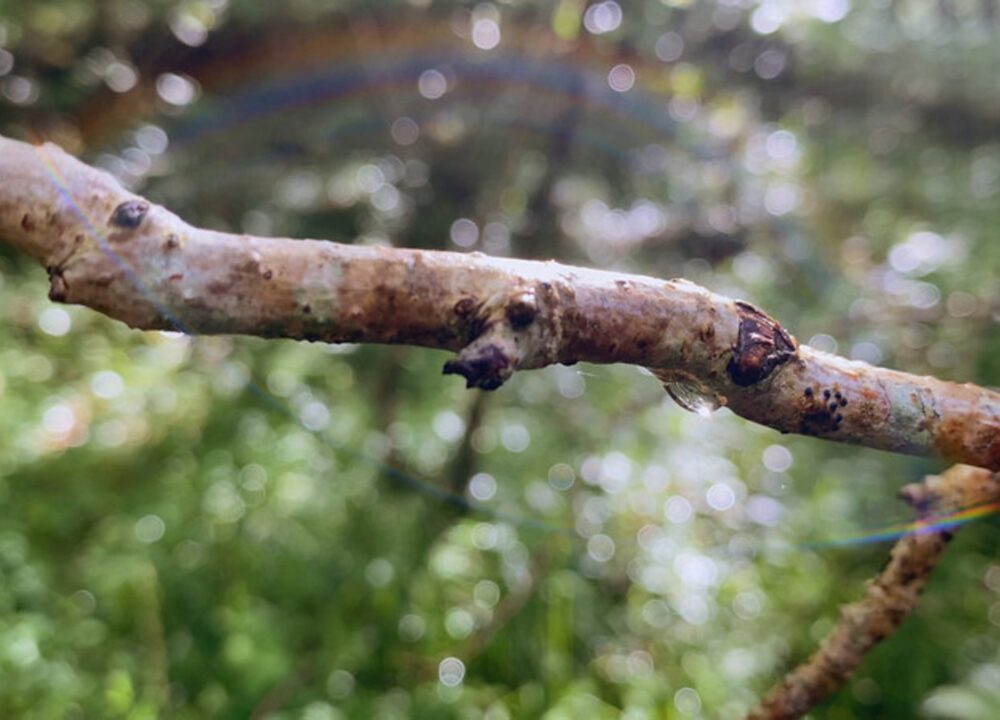 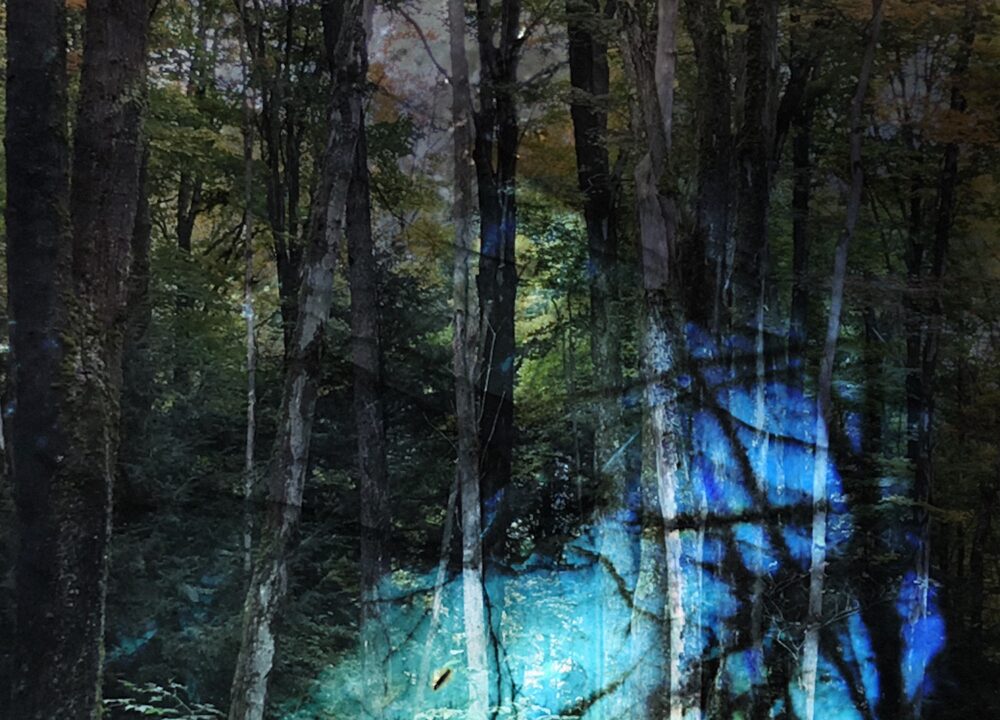 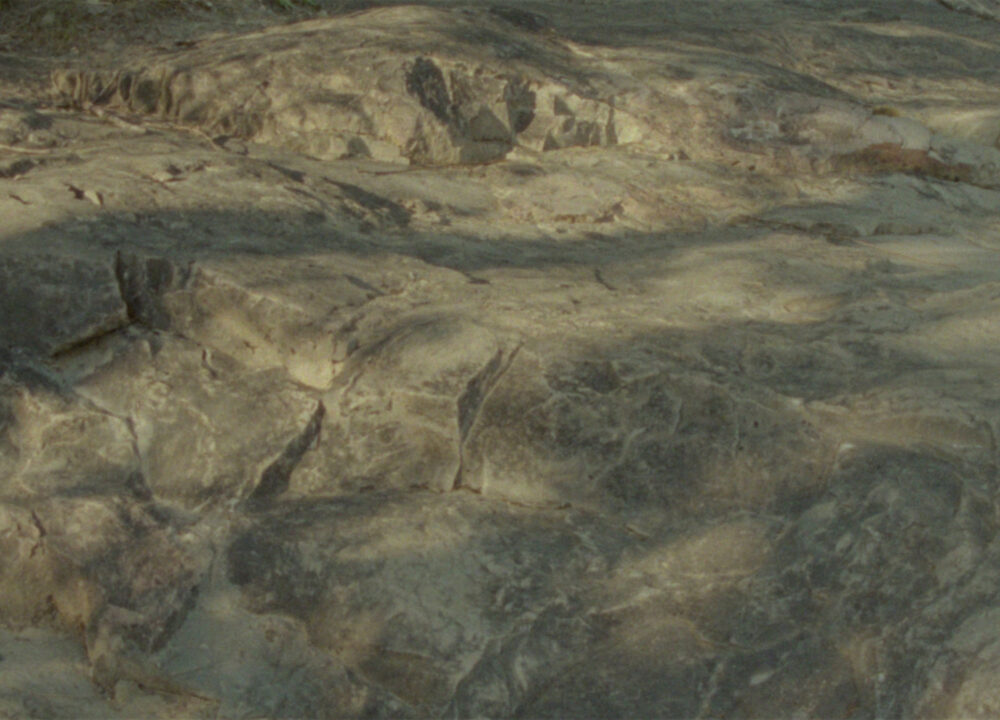 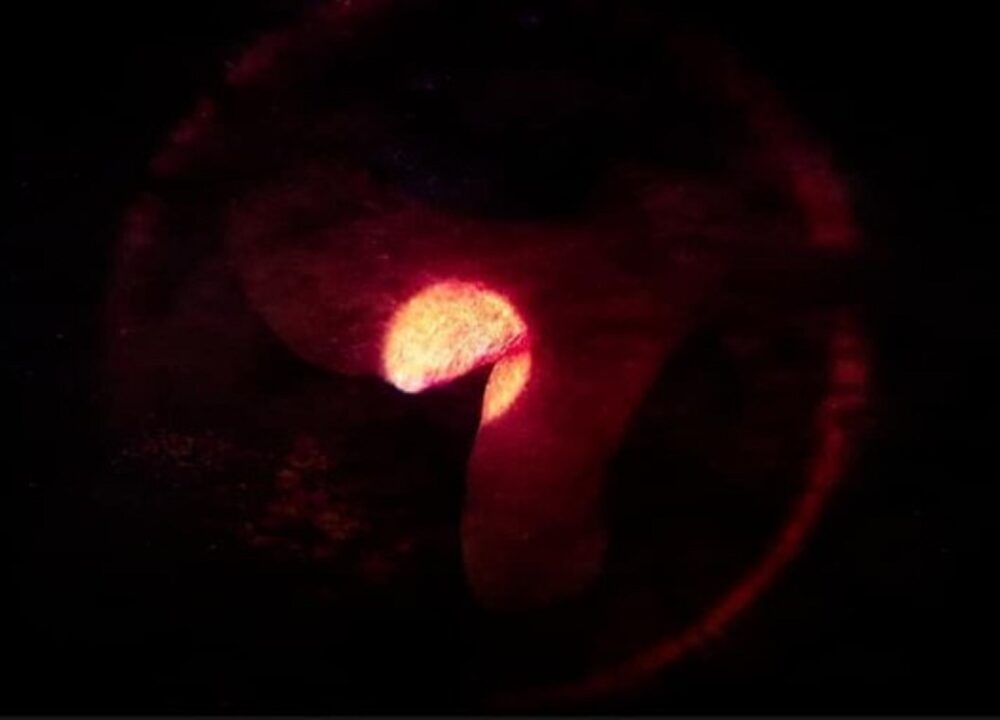 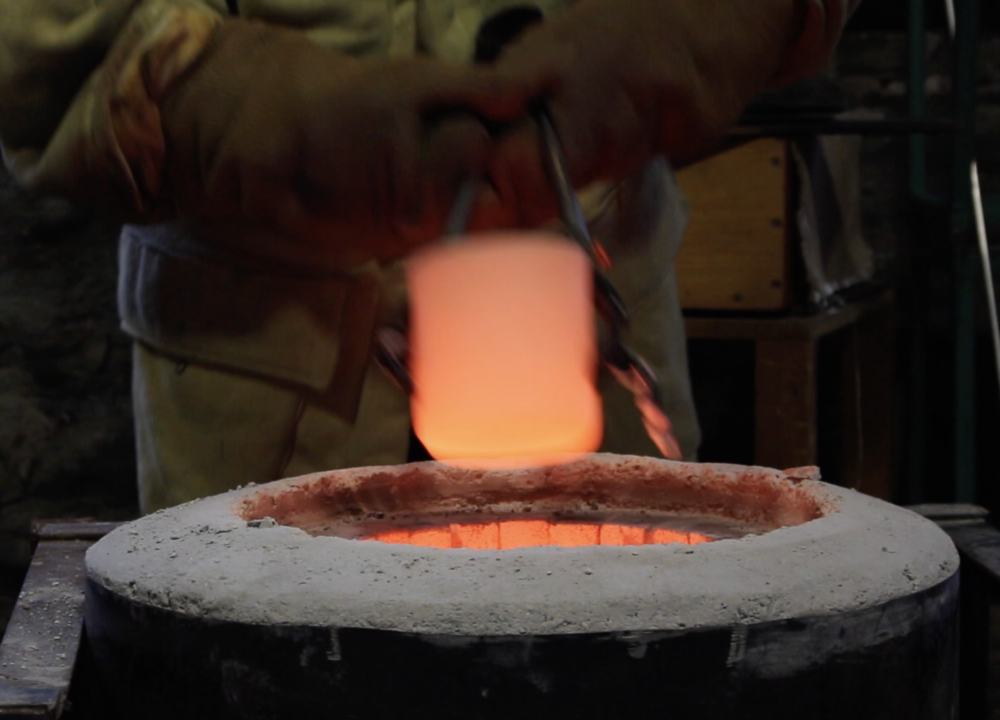 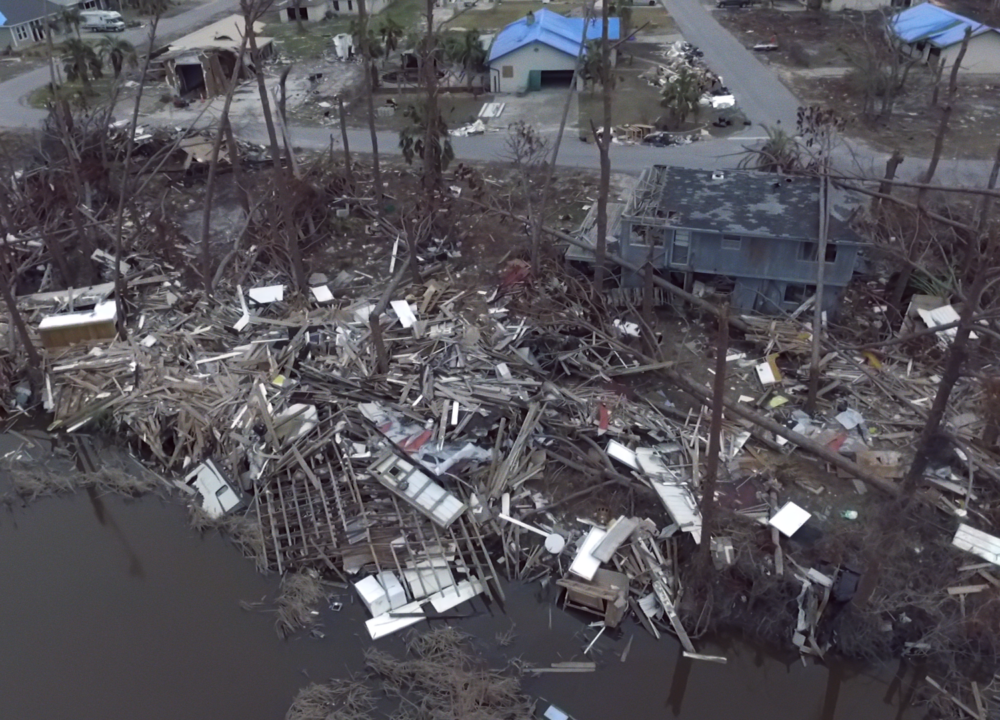 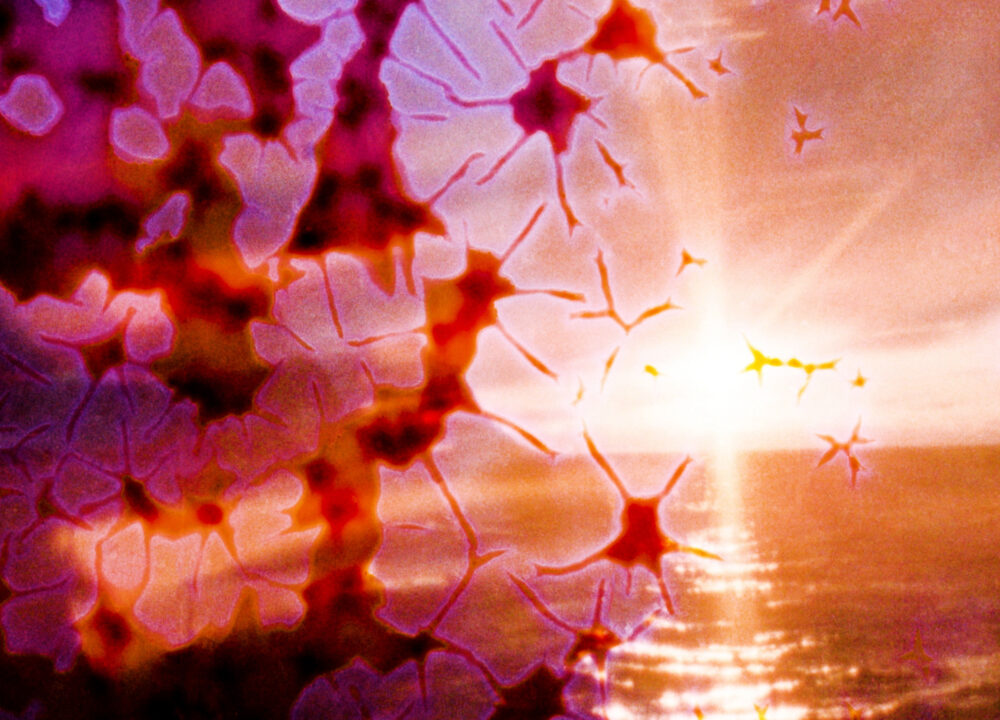 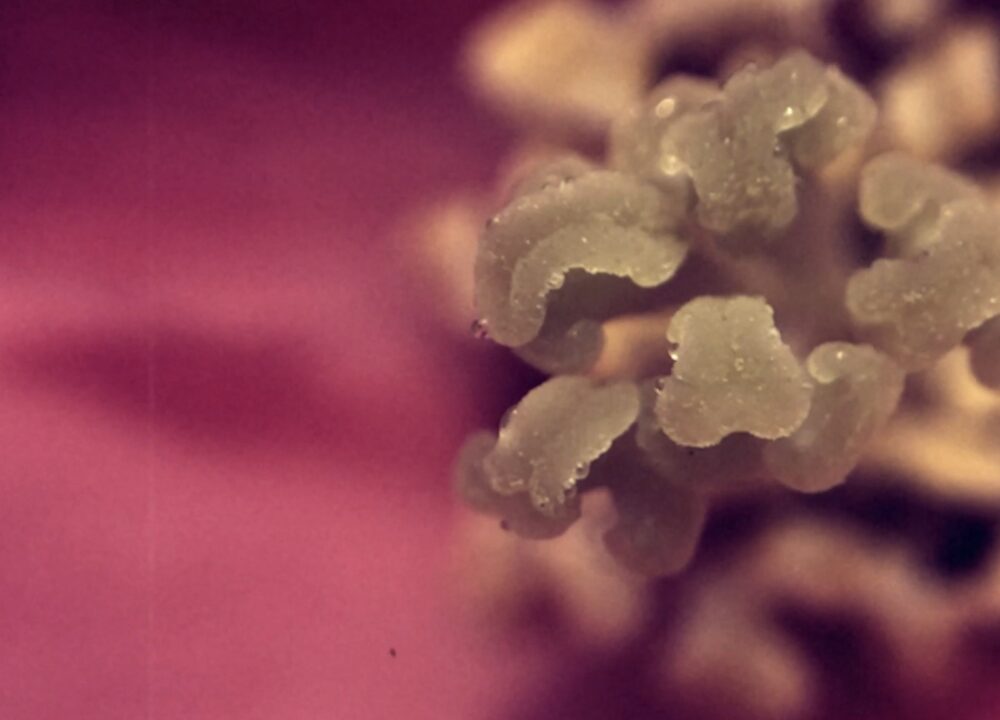 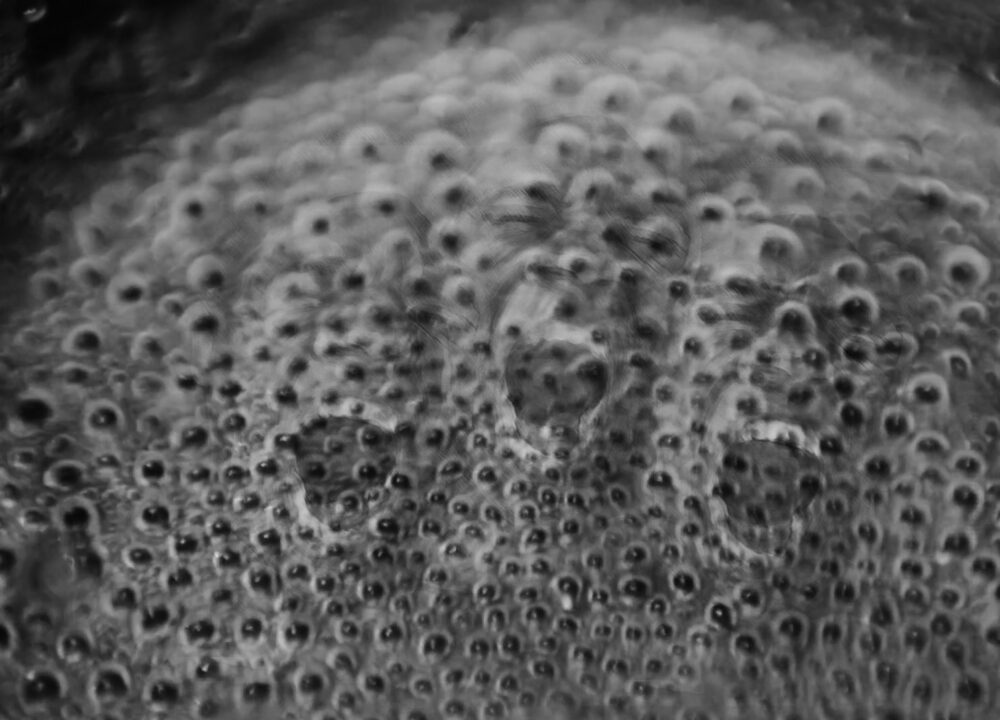 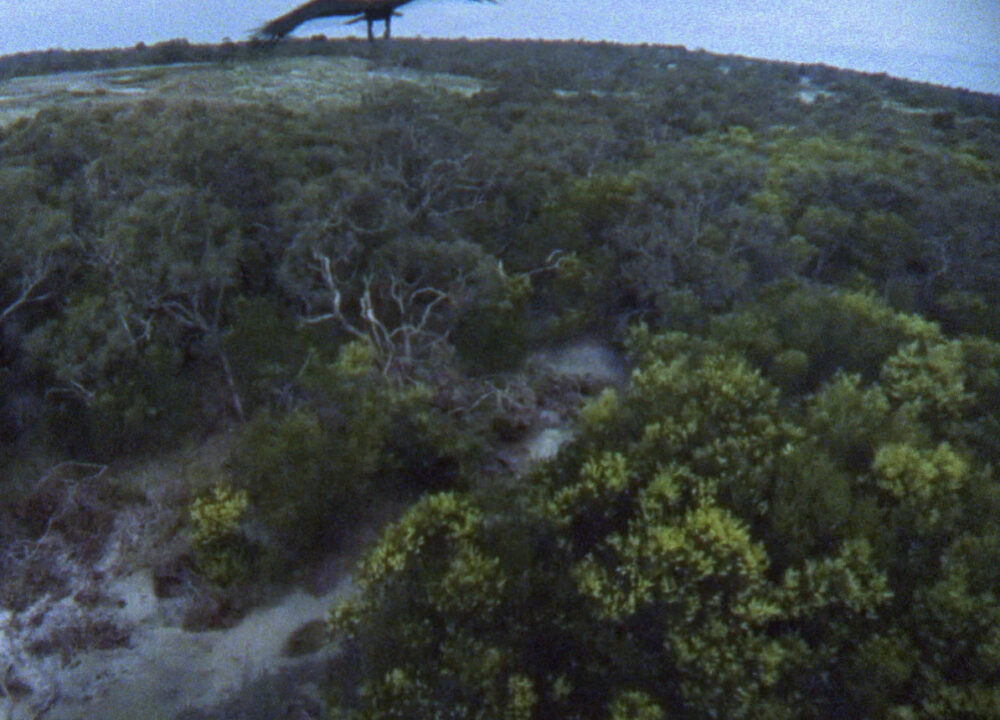