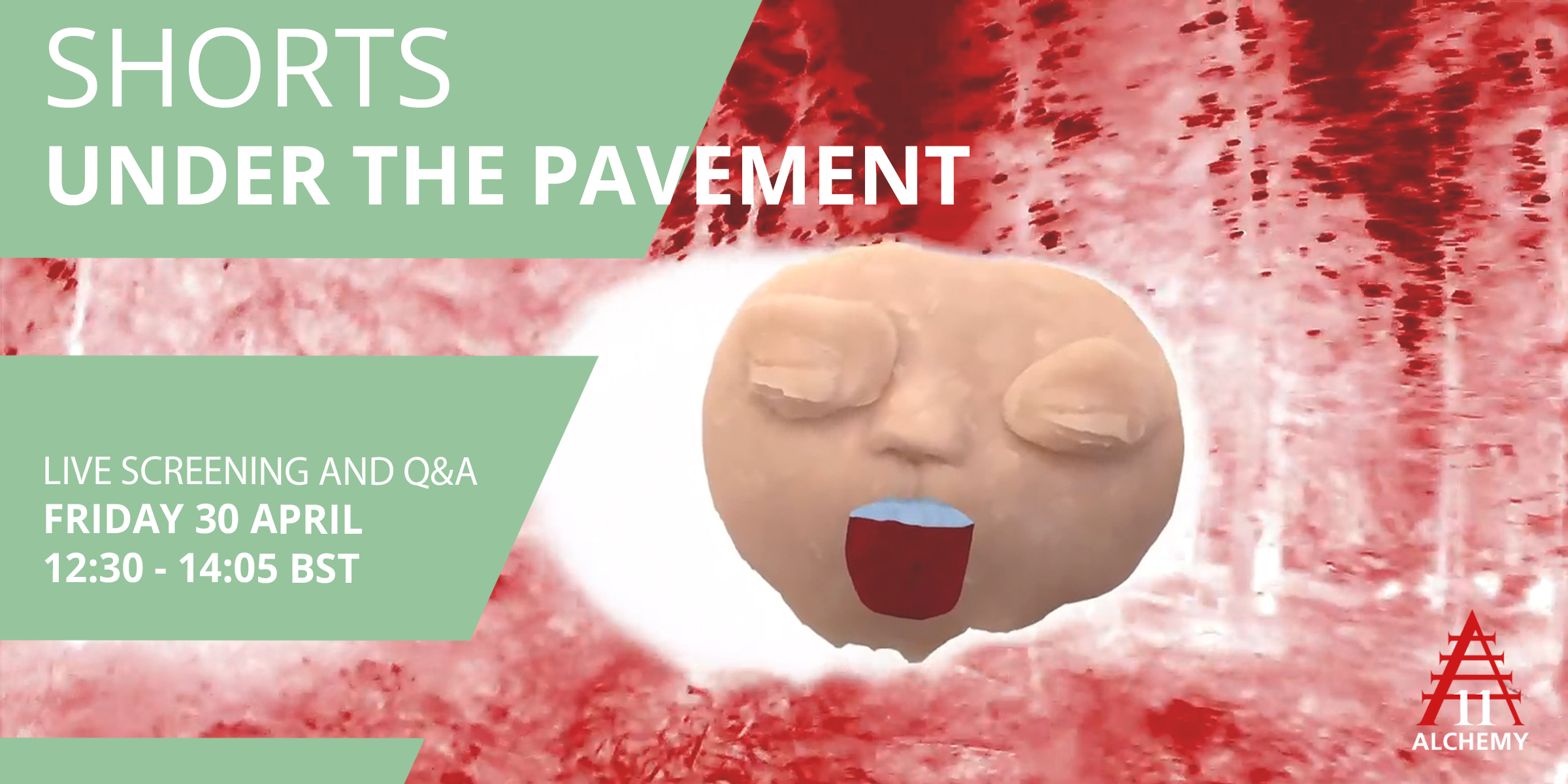 From curse-words to gospels, eight films confront the anxieties, habits and rituals of everyday being.

Under the Pavement explores themes of interconnectivity, interiority, exteriority and phenomenology. The eight films in this programme employ animation, textural assemblage, movement, voice, and superimposition to interrogate the anxieties, rituals, joys – and spectacles – of everyday human experience.

Olivia Rowland’s B Word Bell Jar is a frenetic, poetic line animation of bell-jars, eyeballs and red exclamation marks punctuated by an inaudible, gobbling narrative. Rowland’s film ‘writhes upon inspection’ – a fast, furious insight into personal anxieties and the spectacle of being looked at.

In contrast, Better Lovers and Hsin-Yu Chen’s Chapter 2: A Wet Bio Coder is a hypnotic, textural assemblage of human and non-human material processes. Comprising mesmeric visuals, choreographed objects and the sensual making of a clay pot in an open field, the film pairs jolting mechanical sounds and vibrations with a meditative voice guiding a cartography of being and becoming.

The opening voiceover of Diane Nerwen’s Field of Vision (‘Would you close your eyes, please, and relax?’) alludes to similar mind-states, but the ensuing real and imagined images of built and natural worlds reveal very different perspectives. Collaging onscreen text from police reports with hallucinatory visuals and audio, the film constructs a world in which all is not as it appears.

The society animated in Mónica Bravo and Miguel Bohórquez’s Habitographied is ritualistic and observational. The daily actions and interconnections of a neighbourhood’s inhabitants, hand-drawn into the folds of textured, off-white card, create dimensional and narrative ambiguities: a spectacle of everyday human situations.

In contrast, Luís Soares’ Poise is a stark, unsettling urban animation in monochrome, tracing the physical glitches and thoughts of several unwittingly linked characters. Inhabiting internalised and externalised capitalism, each is stuck in tense and isolated moments. Sound and action build in psychotic loops of seen and unseen chaotic decisions.

In Jeremy Moss and Pamela Vail’s ARCH, a solo performer (Vail) dances free of societal restraints. Fluid sequences of movement are situated in a non-hierarchical, undetermined space. Transcending time, place and individuality, the film constructs a world of multiple positions and perspectives.

In the programme’s closing film, the gospel according to them, Bury Leod moves through a found footage montage of spiritual recitals and cloud formations, repositioning and reclaiming structures of experience and consciousness in relation to the Black body. It begins with a warm welcome and a prayer delivered from home – and ends with the sound of unseen helicopters in the sky. 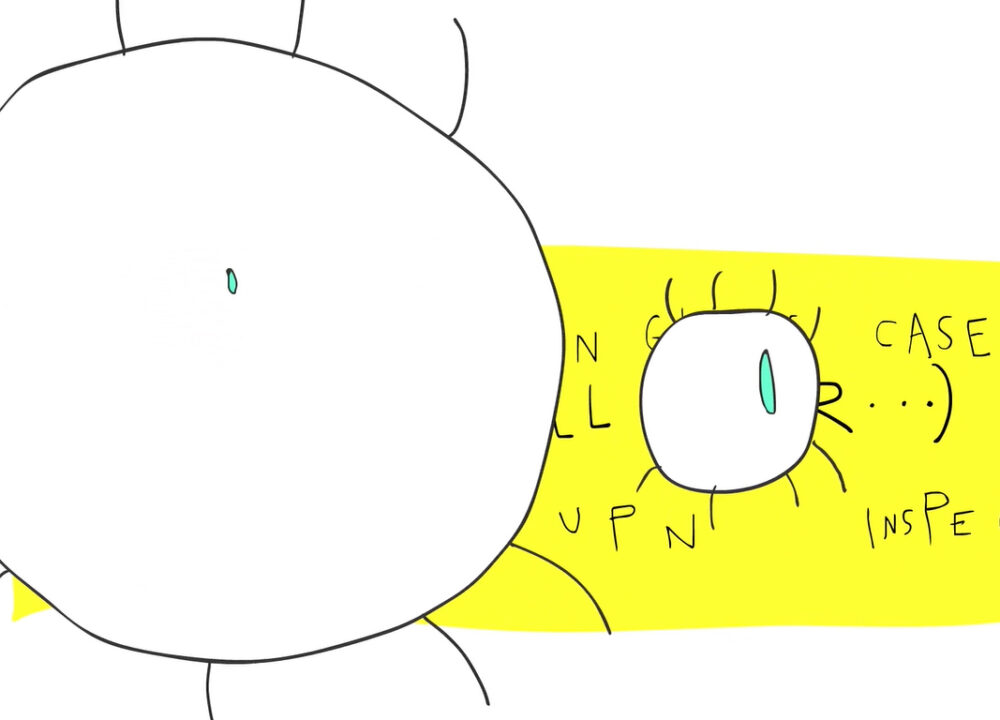 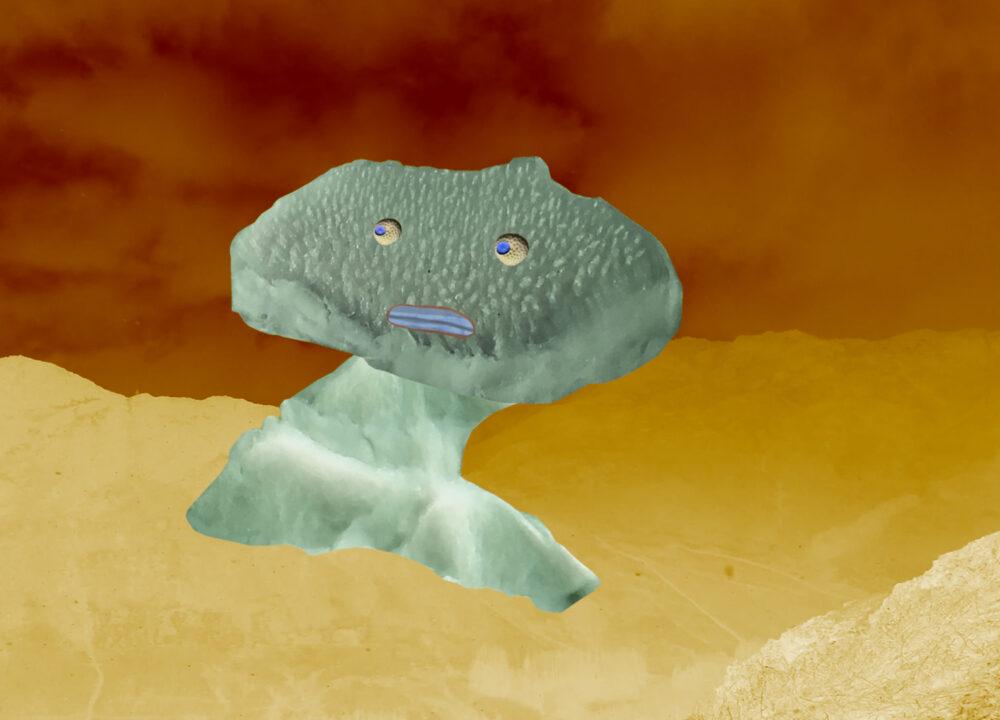 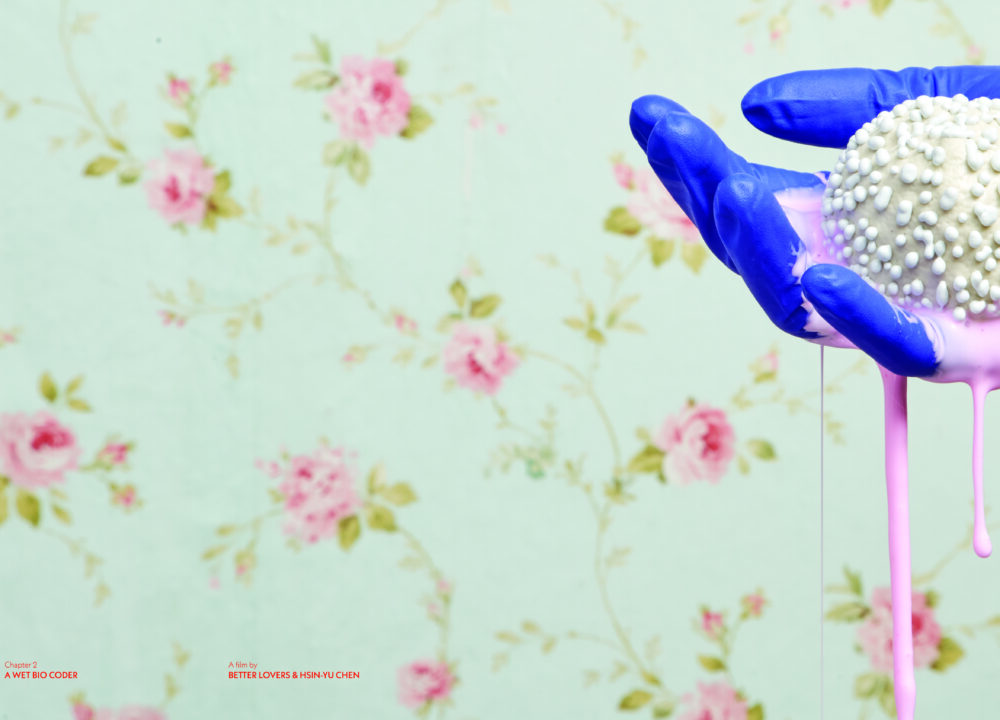 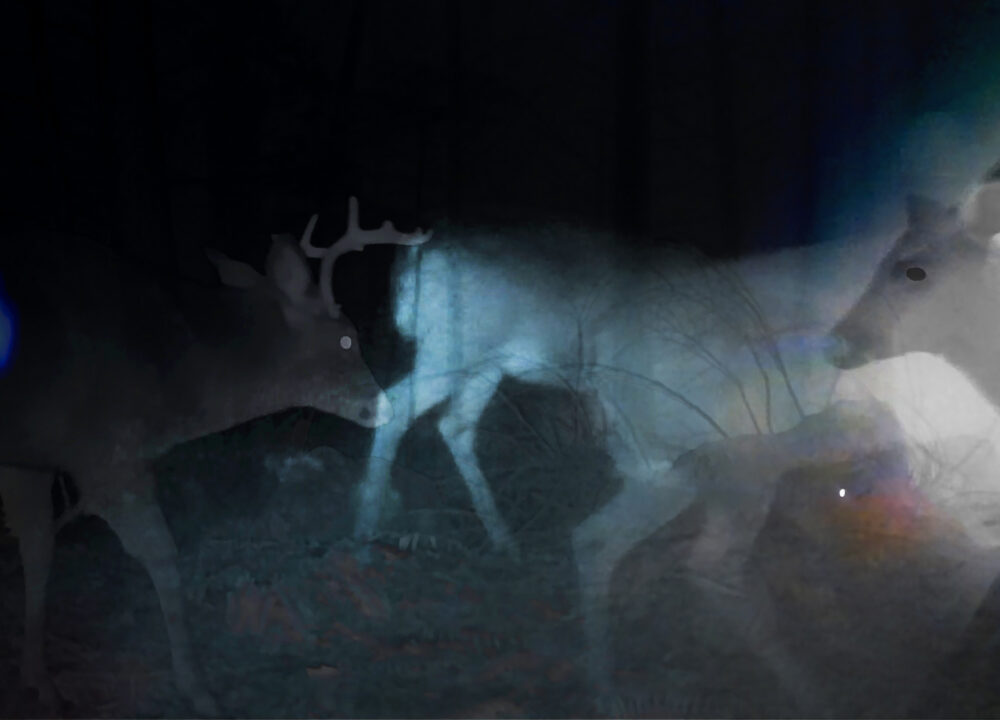 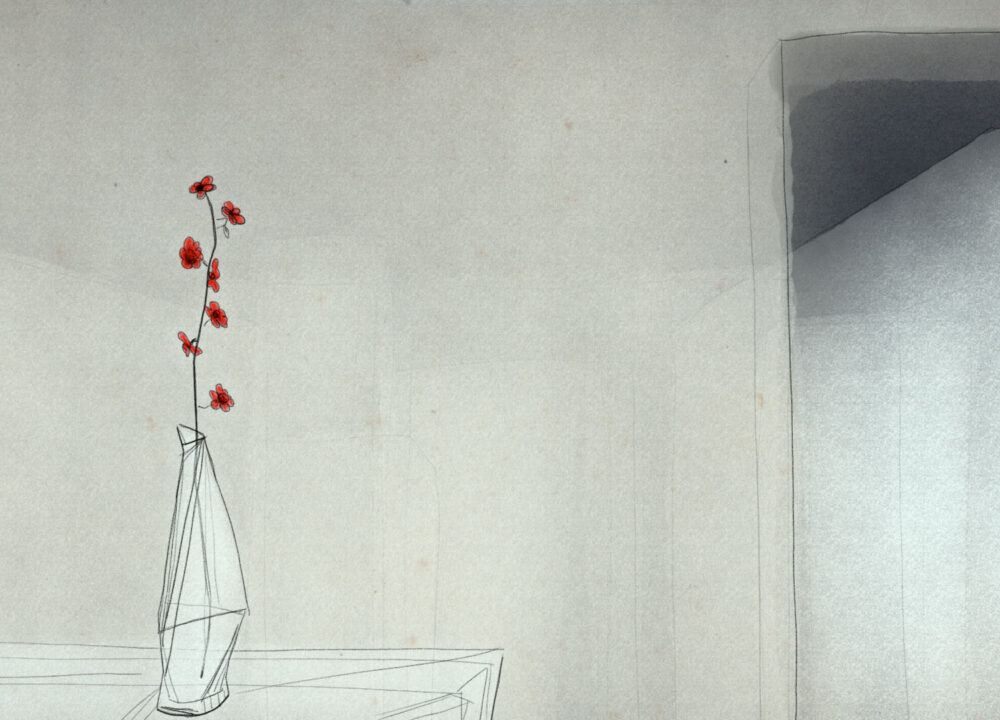 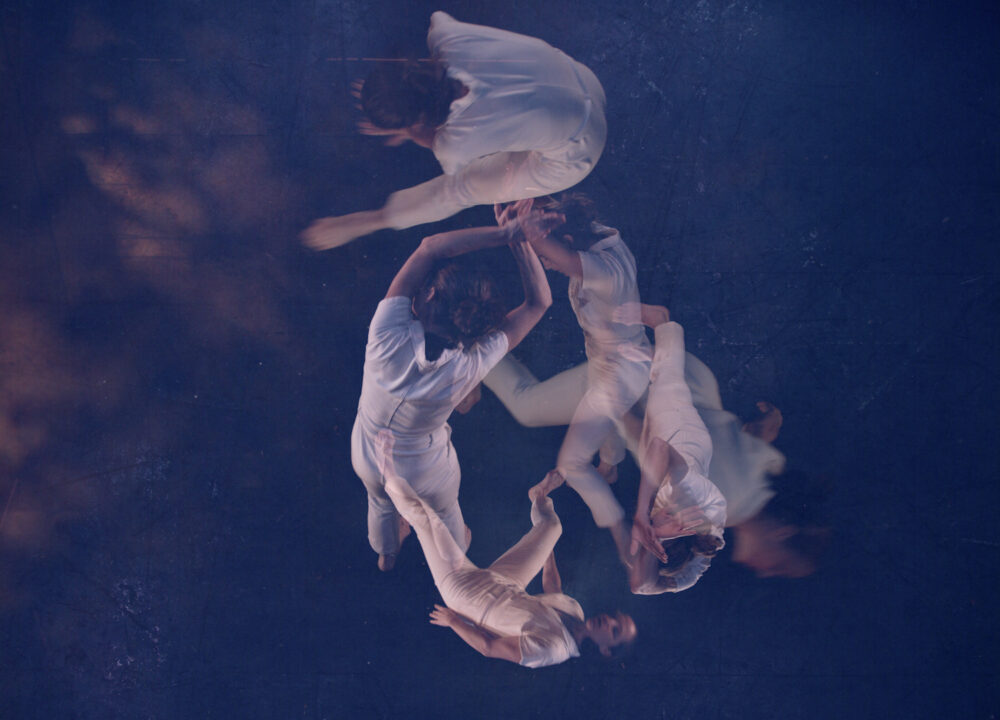 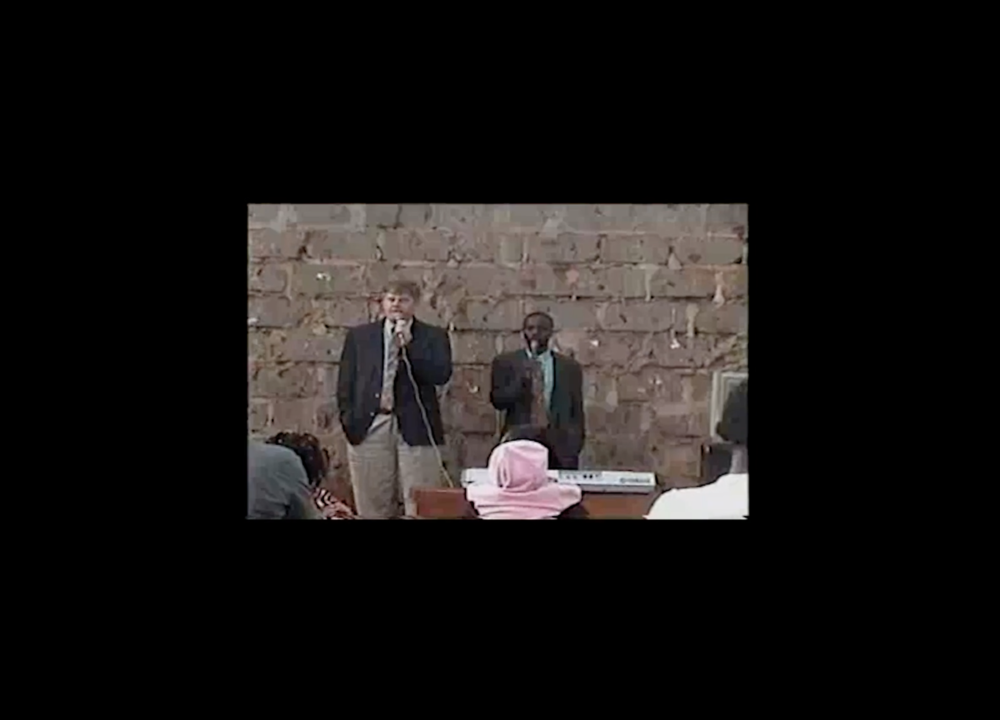