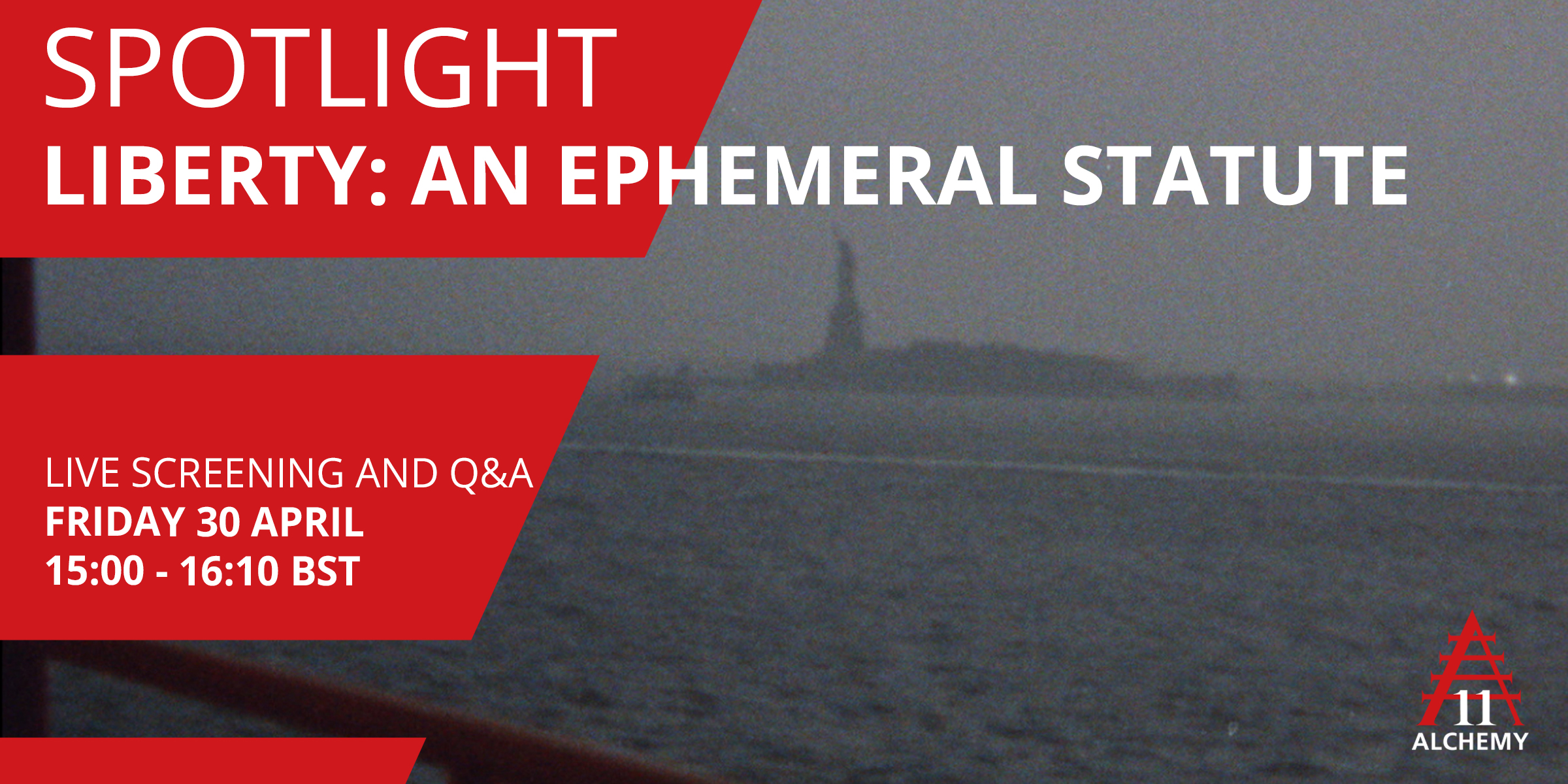 An impressionistic exploration of flight and return, from 1970s Scotland to America – and back.

Rebecca Jane Arthur’s Liberty: an ephemeral statute is an intimate portrait of Irene, the artist’s mother – her pasts, and her recollections between American travels and Scottish roots. Having myself grown up in a town thirteen miles from Irene’s hometown of Dunfermline, separated by the River Forth and a longstanding football rivalry, I am drawn to Arthur’s careful and specific depiction of a young woman’s experience in a small town in Scotland’s Central Belt.

Liberty opens with scrutiny and a sigh. Irene, Arthur’s mother and the film’s protagonist, worries about her capacity to recall and recount her time living in the US as a young woman – quickly asserting that the film will not trace the adventures of a wee girl from Fife. Nor can it.

Irene, we learn, sought escape from the domestic tropes that Dunfermline presented in the 1970s. Having failed the eleven-plus, an examination which in Scotland resulted in two potential fates – higher education and university, or junior secondary education and a life in a trade or domesticity – Irene journeyed to New York, and then San Francisco, and then Hawaii.

Arthur handles themes of emigration, emancipation and education in delicate tandem, showcasing the complexities and intersections between them. The artist articulates the continued relevance of conversations around movement, agency and hope, exploring her mother’s story as a mechanism for reflection on what limitations and expectations might still exist for women regarding travel, education and aspiration.

Through the generous narrative of Irene, Liberty shifts between time periods and perspectives, with rich and recent analogue footage bringing alive the historical voiceovers from ‘Irene’s American Tape’, and faded documents and excerpts of letters from family and friends. Glimpses of contemporary items keep us playfully tethered to a contemporary moment, resisting temptation to read the rich textures of Arthur’s analogue America as Irene’s own experience. These are fragments, constructed.

Liberty plays with the reliability of documentation, depiction and collective memory. The vivid imagery and text excerpts representing Irene’s journey are interrupted in the final third of the film by Irene’s own assertion that the tapes from friends and family don’t constitute her experience but an imagination of what her life Stateside was like. The film suggests nothing can represent that moment – not even Irene’s own testimony.

What is concrete, is how significant the relevance of failing the eleven-plus was to a woman with hopes and aspirations growing up in Scotland in the 1970s, rendering so many without a passport to university or higher education. As Irene recalls the dreams of girls to work abroad in order to find independence, to not be domesticated – and details the expectations and limitations of a woman in her 20s at the time – Arthur focuses in on close-ups of a clock spinning, a snow-globe twirling, and present-day Irene having her nails painted, jarring with the scale, quickened pace, blue skies and tall buildings of New York and San Francisco depicted earlier.

The visual contrast makes it hard not to see a hierarchy, favouring the buzz and variety of US street scenes against the domestic settings of Dunfermline. As the film develops, however, so do concepts of hope and freedom. We learn why Irene returned home – a pursuit of education so that she didn’t have to keep ‘floating’ around the world untethered. From the Forth Road Bridge, to the Golden Gate, and – significantly – back again.

The plurality of Arthur’s depiction of Irene challenges notions of aspiration, geography and movement. Arthur closes the gap between an ‘Irene then’ and an ‘Irene now’ through a voiceover suggesting that the potential to stand back and see things, to witness proximity and distance at once, is one of the most significant values of immigration to both the individual and wider society. In Liberty: an ephemeral statute, the sustained physicality of memory and lived experience are more important than Irene’s ability to retell her American tales.