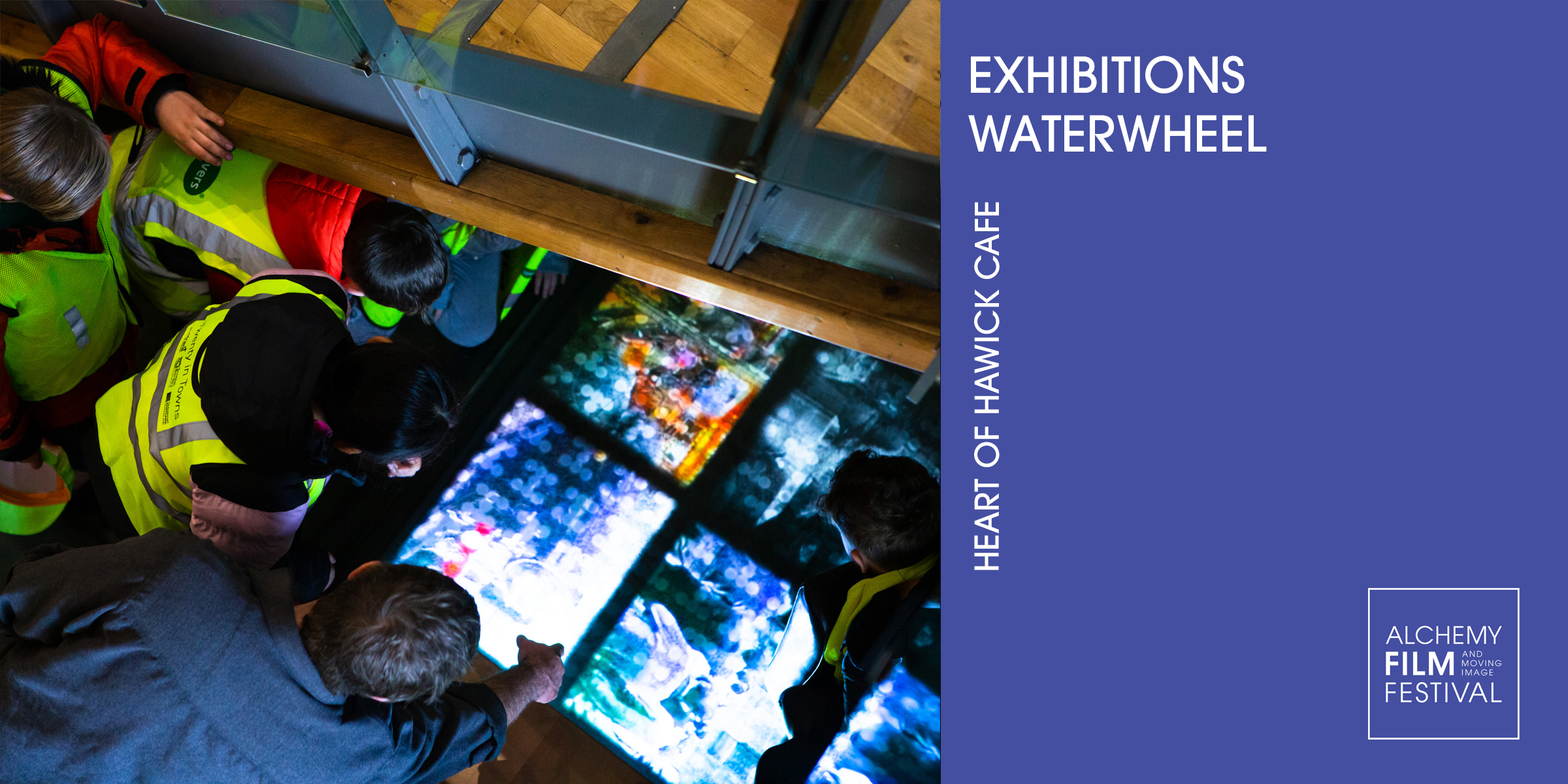 Waterwheel is a permanent film installation by artist Andy Mackinnon, which reanimates the Victorian mill wheel beneath the café bar in Heart of Hawick’s Tower Mill. Inspired by the spinning mill wheel, cinema reels and early cinematograph technology such as the zoetrope, the multi-channel video work brings the waterwheel to life through moving-image projection. Featuring newly digitised sequences of mill-sponsored material and locally sourced home movies from Borders Community Film Archive (a selection of which is available to view as a video jukebox during the festival), Waterwheel reflects aspects of Hawick’s social history and rich textiles heritage.

Looped continually during the festival, Waterwheel includes three moving-image projections of archive material onto the glass floor of Heart of Hawick’s café, and a projection onto the waterwheel itself, of a silhouetted flag-carrying cornet riding a horse. Evoking Eadweard Muybridge’s early studies of motion through still photography, the silhouette is animated to give the illusion that the mill wheel itself is turning. Year-round, the installation is looped at different intervals throughout the day, working with the existing fabric and present-day function of the building.

Waterwheel opened in November 2021 and was commissioned by Alchemy Film & Arts, with support from Live Borders and Creative Scotland’s Performing Arts Venues Relief Fund, as part of The Teviot, the Flag and the Rich, Rich Soil – our programme of residencies, commissions and community engagement exploring the borders, boundaries and lines of Hawick.

Waterwheel’s launch last year coincided with I’ve Only Been Here Half My Life, a temporary exhibition of a newly commissioned film by Jessie Growden connecting the artist’s experiences of growing up as a woman in Hawick to the town’s industrial heritage within the international textiles trade. One video component from the latter exhibition, I’m Not From Here, is screening as part of the Moving Images cine-caravan’s presentation. A book published to accompany Jessie’s work, featuring photographs and artefacts from Hawick’s former Peter Scott Knitwear mill, can be read during the festival in our Read More project library at Unit Four: The Cornucopia Room.