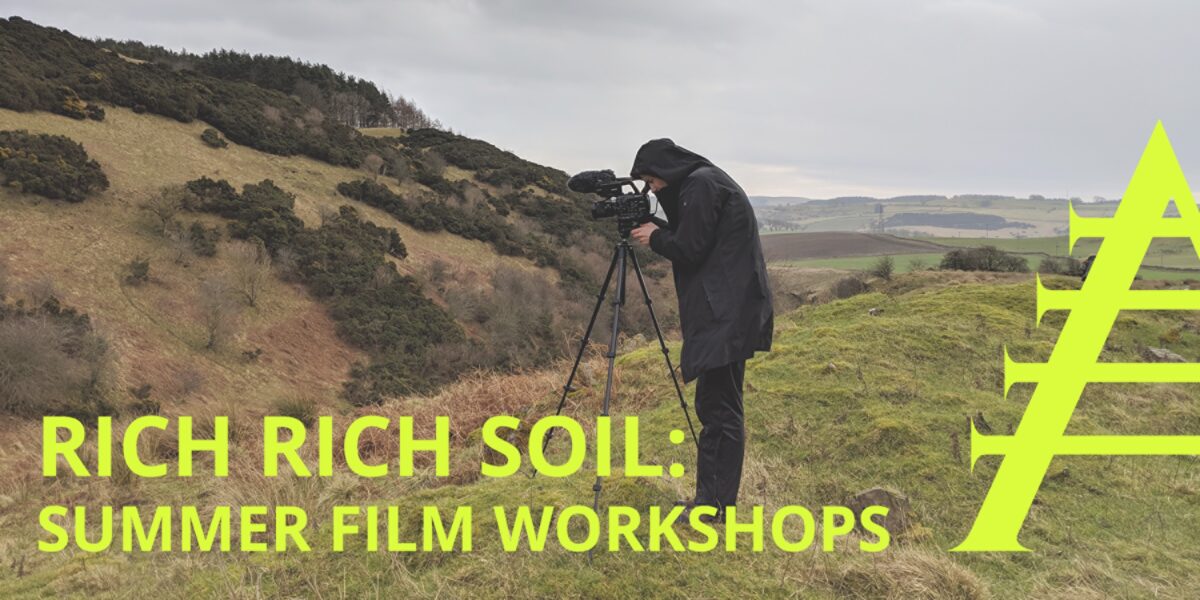 This summer Alchemy is focusing on the Rich, Rich Soil of Hawick and the Scottish Borders, delving into the ecologies and environments of the region through community film activities.

We are offering two workshop programmes to join this summer, inviting 16 – 30-year-olds to sign up for a series of film-based activities in Hawick.

Julia Parks, Alchemy Film & Arts’ current artist in residence, will lead a series of filmmaking workshops offering participants the opportunity to learn analogue filmmaking techniques, including direct animation and filming using a Bolex camera.
The workshops will culminate in the making of a film that explores nature, growth and harvest using 16mm film.
Together we will look at plants and the environment, and the impact that people, culture and industry have on the land. Plants and nature run through the whole of Julia’s process from inspiration to the actual processing of the 16mm film. This opportunity offers a chance to be involved in the entire process.
Workshop Details

Participants will learn about how to put programmes of films together, curating a programme of their own to be exhibited at Alchemy’s Harvest Festival which takes place on 10 September.

Limited spaces are available. To sign up for either or both of these opportunities, please email info@alchemyfilmandarts.org.uk, clearly expressing your interest, by 5pm on Wednesday 22 June.

Workshops will take place in Hawick. Preference will be given to 16 – 30-year-olds based in the Scottish Borders. Bursaries are available to participants for travel support and any other relevant costs. Lunch will be provided at various sessions, and additional support measures are also offered to participants where required.