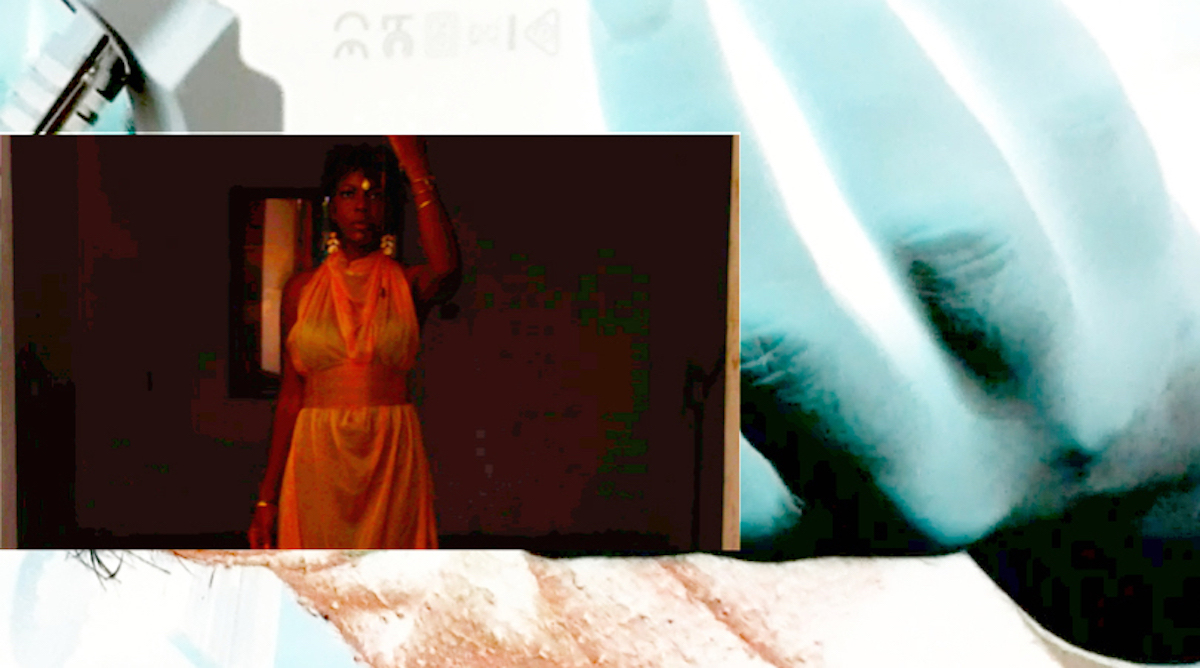 The following text was written as part of of the Writing Workshops that Alchemy Film & Arts ran, January – May 2021, in partnership with LUX Scotland and The Skinny. The Writing Workshops, delivered to eight early-career writers based in Scotland, were designed to broaden and deepen participants’ understanding of experimental film and artists’ moving image within a range of critical contexts.

Creatives are adaptable. They may not be able to charge inflated digital rental prices on Disney+ to shore up lost incomes but, as thorns in the system’s side, artists will adjust to whatever situation they find themselves in.

As the crisis got ugly, the art world pushed through to see the speckles of beauty. This is an insight into the Scottish arts during this period, the trials and tribulations, and the lessons learned.

The transition to a fully online space was unfamiliar territory for a lot of artists. Anne Colvin, an Edinburgh-based artist who works across moving image, poetry and ephemeral intervention, came across the dilemma of transitioning online as her project Dear Prudence re-imagined (2021) revolved around collaboration in a designated space: “We were in lockdown and had to work entirely remotely from our respective bases in Edinburgh, Glasgow, London and Lagos.”

The scrambling to get back to families and loved ones had made the project an international affair. Objects for the installation were finished in Anne’s home studio while costuming was done in collaborator Katie Shannon’s London studio. When the project was re-contextualised into its new form, vocalists Nichola Scrutton, Louise McVey and Bumi Thomas sent recordings from a home studio in Glasgow and a brewery in Lagos, respectively.

This change in circumstances shook artists out of their comfort zone. Ultimately this turned out to be a positive thing, allowing artists to rethink the relationship to their work and overcome the unfamiliar challenges that make success all the more triumphant.

“It was born out of adversity but was transformational, both existentially and psychologically.” says Colvin. “I don’t normally work collaboratively and this approach brought its own rewards and challenges but I feel that the success of the project and the work made under such difficult circumstances represents an amazing achievement, a state of mind even. Moving forward I will carry this with me.”

Although circumstances were less than ideal, artists like Colvin are used to operating on the fringes. Coming to terms with the new world revealed a will and strength that might have otherwise never been realised.

It was not just artists navigating the swamps of the new world. Festival curation took on a remarkably different approach, exchanging the communal nature of the festival audience for lonely laptop screens.

Michael Pattison, Director of Alchemy Film and Moving Image Festival, felt the rug being pulled when the work-from-home order was issued. The complex infrastructure involved in festival production meant that the workflow of such an intricate operation was significantly altered.

“Once physical workplaces close and internal communications become digital, these workflows are stripped of spontaneity, creativity, rest and the social context required of empathy, effective management and proper care,” he opined.

Transitioning to an online platform made many in the art world cognisant of the virtual spaces they now had to work with. Online festivals, exhibitions, concerts and film premieres were common occurrences throughout lockdown. The vast majority of these were built independently from the abundance of mainstream platforms that occupied the time and attention of many during this period. Michael notes the influence of corporations such as Netflix and Amazon.

“These platforms have monopolised audience expectations when it comes to consumption. More audiences want everything available all of the time – a kind of libertarian chaos that renders curation redundant, stretches worker capacity, and possibly limits artists from getting remunerated for their work and from showing their work and engaging audiences in meaningful settings.”

Independence from these platforms helps to facilitate a presentation closer to what the artist intends, as delivery orients around how to effectively communicate ideas through an online space. The rigid structures of more mainstream platforms discourage this sort of freedom. Restrictions on physical spaces seem to have cheered on outside networks elsewhere. The victory of artists making tangential dents in the cybersphere is celebrated by Michael.

The future of Scottish arts and culture cannot be sugar coated. The prevailing sense is that the sector will be in for a rude awakening once government spending drives cease to have effect.

Cuts to the arts have been government orthodoxy for an extended time and neither the UK nor devolved government is innocent. A year before the pandemic, Creative Scotland CEO Iain Munro remarked that the sector was at a ‘tipping point’. Failure to support creative institutions meant that the potential growth of the sector was undermined.

Despite increases to production in Scotland, this responsibility did not align with funding needs. The neglect has created problems within the workforce, predicating an industry built on freelance and temporary work, and creating a situation where increasing production without proper support has led to a skills gap issue. It is inevitable that these problems will increase post-pandemic without significant overhaul and review of government policy.

Glasgow-based artist Jennifer Wicks, who works across film, sculpture and music, reflected on the sort of crisis arts and culture is in, particularly at the education level.

“Art education has been in a seemingly permanent state of crisis particularly within smaller further education colleges which have always been looked down upon, perhaps because they’re more working-class. But now the Tories have cut funding even more with a focus on STEM. This ultimately means they are trying to harvest a generation of workers.”

“The access to art and the impact it has on mental health and wellbeing especially by lower socioeconomic groups, vulnerable groups and children often isn’t regarded.”

This drive to look at the arts as not a business but something that is imperative to the wellbeing of a country and its citizens should be reflected in funding structures and how funding is allocated, suggests Michael Pattison.

“If funding continues to be distributed by means of assessments and panel reviews, the arts will likely continue towards professionalisation in line with the bureaucratisation of funding infrastructures and the emergent top-down managerialism that overlooks the creative sector.”

As Hollywood invades the streets of Edinburgh and Glasgow to film next summer’s big blockbuster, the Scottish government promises ‘year-round engagement’ with the US film industry. It’s a lofty ambition but questions about how sustainable, practical and culturally fruitful this will be remain. Once the circus leaves town, what are the locals to do?

While established artists and curators struggled with an abrupt transition, emerging artists were not so dampened by expectations. The online world presented a blank slate for new artists, unhindered by the chaos and turmoil experienced by institutions and organisations.

Jonas Hämmerle, a recent graduate of the University of Glasgow, co-founded his own production company Air It Out Films in 2019 with the intention of independently releasing his directorial debut Getting By (2021). Jonas was in post-production when the pandemic took hold and had to reassess its release.

“A viewing in cinemas was obviously off the table for an unknown amount of time, which is why we decided to organise an online premiere and release of the film.”

The film was initially released on Amazon Prime Video but a policy change towards short films led to many smaller creators being wiped from the platform. Getting By, running at just over half an hour, was a victim of this change.

“It is unfortunate for smaller companies and emerging filmmakers like ourselves because we lose a huge opportunity for our films to be seen.”

Squeezed out by an arbitrary rule change, the film landed on YouTube, where Jonas noted the directness of the platform. With YouTube being user-based and easily disseminated, it at least provided a small way to deliver community to his online audience.

The attention to an online audience naturally paid off. Getting By received the Audience Award at the GlasgowON Film Festival. Without any prior expectations, emerging artists could mold and alter their situation amidst the chaos of ongoing circumstances.

It has been nearly a year and a half since the creative sector went through major upheaval. Although fears about its future are justified, hope still remains. New ideas will blossom and new voices will emerge. It is human nature to create yet we live in a world where that has not always been respected. These impulses find a way regardless.

The necessity of proper funding opportunities and institutional support notwithstanding, the passion and resilience of Scotland’s arts scene will secure its future. While the road ahead will no doubt be a long and frustrating one, now is not the time to let our identities be less heard.