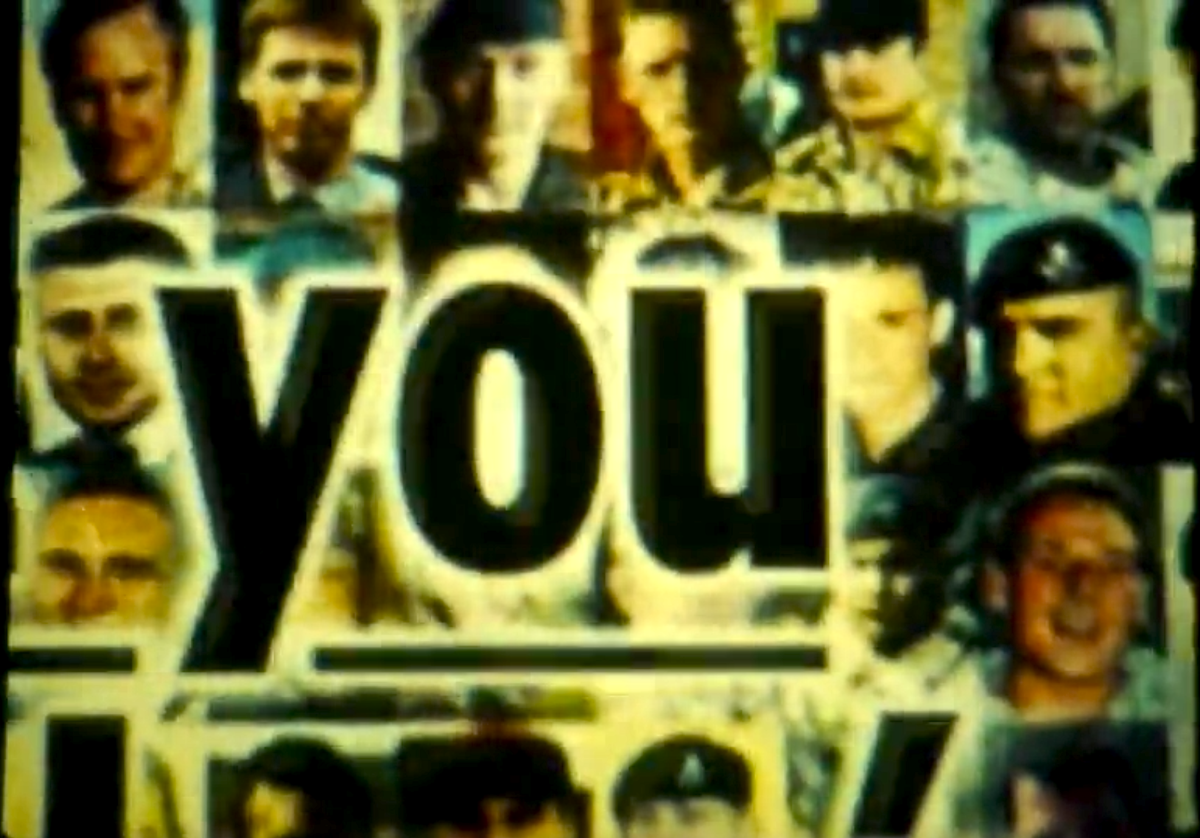 8 films that rhythmically crackle. Poetry in Lips Sigh Red is set to a singular image – ominous and meditative. In A Woman Returns from A Journey, sharply cut words and familiar scenes present remembered stories rising and falling throughout. Intimate thoughts of imagined situations play out in Scenes from the Life of an Impatient Man and We Need to Speak Tony with crackling subplots. Wilderness Series deepens its chemistry, utilising mud and salt to grow glowing crystalline abstractions on the film strip. By The Time We Get to Expo slowly appropriates archive Expo footage and future visions, whilst Mnemosyne (the Goddess of memory) rhythmically moves through a visual tapestry with invigorating spoken sonic layers. Finally, with News from the Sun the crackle and rhythm intensifies into an urgent remembrance of now. 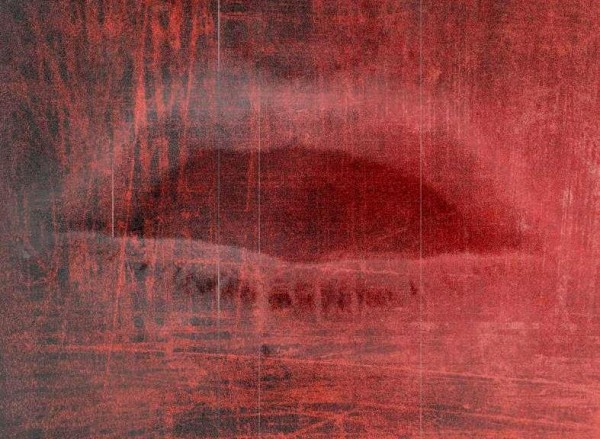 Dorothy Alexander will be present for a Q&A

Dorothy Alexander has lived and worked all her life in the Scottish Borders.
A writer and former tutor of Creative Writing for the University of Strathclyde, she has a Ph.D. in Creative Writing from the University of Glasgow. In 2002 she won the Macallan/Scotland on Sunday Short Story Competition.
An enthusiastic proponent of found techniques and visual poetry, her debut novel, The Mauricewood Devils, was published by Freight in 2016.
Filmography:
Jenny Corbett (2015), Alchemy Film and Moving Image Festival,
Sunday School (2016), Alchemy Film and Moving Image Festival,
www.dorothyalexander.co.uk

Scenes from the Life of an Impatient Man 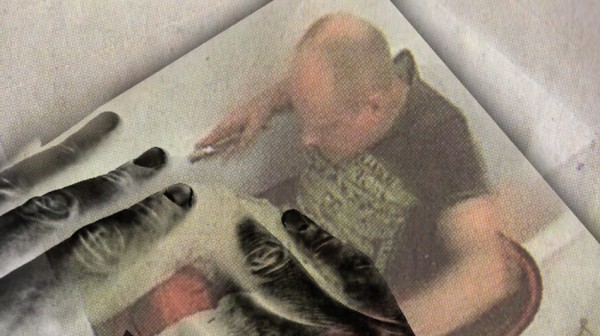 A video collage to accompany the poet Christopher Logue (1926-2011) as he recites a part of his autobiography “Prince Charming” in which he imagines scenes for a series of short films.

Stephen Sutcliffe was born in Harrogate in 1968 and studied at Duncan of Jordanstone College of Art, Dundee and Glasgow School of Art. Previous exhibitions include Calder Space, Hepworth Gallery, Wakefield (2016); Rob Tufnell, London (2015); Tramway (2013); Stills, Edinburgh (2011); Whitechapel Gallery (art in the Auditorium), London (2010); Cubitt, London (2009) and Nought to Sixty, ICA, London (2008). In 2012 he was awarded the Margaret Tait Prize and he was shortlisted for the Jarman Award in 2009 and 2014. In 2016 he won the Contemporary Art Society Award with Graham Eatough.

We Need to Speak Tony 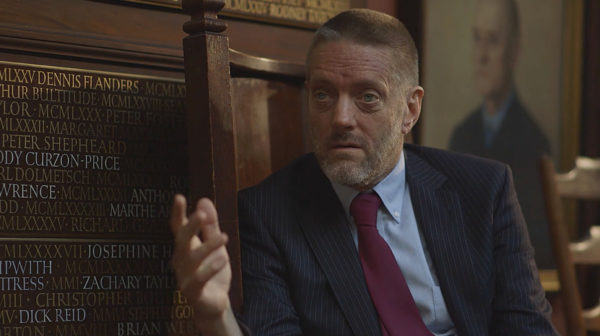 Five improvisers are asked to ‘channel’ the psyche of Tony Blair. The artist, George Barber, asks questions and also feeds the improvisers anecdotes from various sources about Tony Blair’s life and experience as Prime Minister.
The work’s unifying themes are Tony Blair landing in the Iraqi desert at night; meeting George Bush, and the regrets of his key decisions.
Today, Blair makes a fortune lecturing, negotiating, promoting business interests and also brokering arms deals. The Blair family also own large amounts of property in the UK and are big landlords.
But what does Tony feel at night? What does he say to himself? What would he say to the mother of a dead soldier?
Having made possibly the greatest foreign policy mistake of the 21st century, unfortunately now, virtually nobody supports or likes him in the UK. What does it feel like to be loathed – when once every world leader wanted to be photographed with you?
In this piece, the improvisers delve into his psyche and reveal his true feelings, motivations and guilt.
One final image: Tony Blair would be loved and regaled like Ghandi or Mandela now if today’s Iraq were a successful democracy. This is probably what Blair gambled on in his attempt to garner historical standing. True, he has achieved that but not as wished-for.

George Barber will be present for a Q&A

Going back, his early work on The Greatest Hits Of Scratch Video is internationally known and has been featured in many galleries and festivals across the world. The Independent and Sunday Times ran features on it, and the tapes, unusually for video art, sold in record shops. His two famous works of the period, Absence of Satan and Yes Frank No Smoke are screened regularly and many of the other works are considered seminal in the history of British Video Art. James Richards and Hanna Perry, two younger video artists, have acknowledged the artist’s influence.

By using plants, mud and salt in conjunction with alternative photochemistry, images are ‘grown’ on motion picture film. The ‘aliveness’ of the images is underlined by Andrea Szigetvári’s evocative sound-design.

Karel Doing will be present for a Q&A

Karel Doing is an artist and filmmaker who is working across analogue and digital formats, inquiring the medium and its perception. His work includes experimental films, expanded cinema, installations and documentaries. He has screened widely in a variety of venues ranging from established institutions like Museum Boijmans van Beuningen (Rotterdam) and Cinémathèque Française (Paris) to numerous DIY artist run spaces in Europe, Asia and America. After being based in Arnhem and Rotterdam (the Netherlands) he is currently living and working in London (UK).

Woman Returns From A Journey 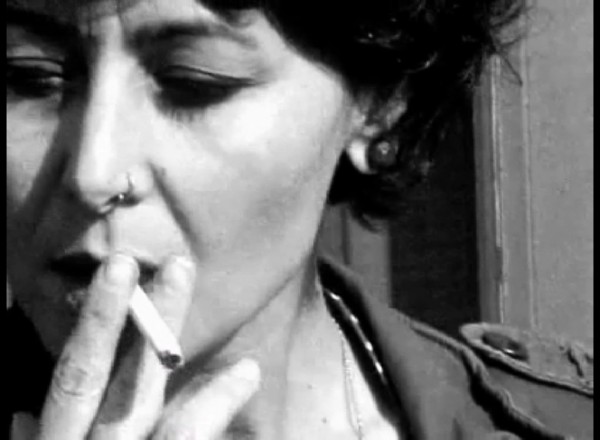 A narrative about memory and forgetting that mixes found footage and live action, citation and original text. The film portrays a feminist diaspora; part road-movie, part poetry, and is punctuated with Eileen Myles’ voice reading her poem ‘Dissolution’. It is a meditation on the role of memory and the inevitability of loss.

Novaczek is a filmmaker who has exhibited her experimental, vernacular films and installations nationally and internationally since the 1990s. She works with ecriture feminine, subjectivity and narrative, and uses found footage, live action, and documentation in mash-ups that challenge the ‘traditional’ avant-garde moving image culture. She addresses cultural and sexual identities through music, writing, and cinema which are embedded in her densely montaged films.
She studied film and video at St. Martins School of Art, and has a PhD by practice from the University of Westminster where she is a Visiting Research Fellow. She is an advisor at the Transart Institute MFA/PhD program.

By the Time We Got to Expo 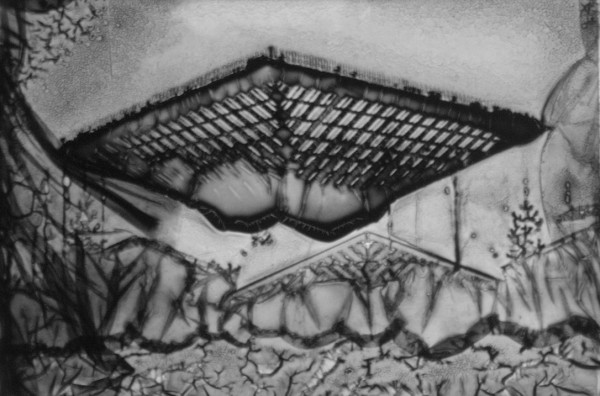 A meditative journey through Expo 67, re-visiting a significant moment in Canadian history using manipulated imagery taken from educational and documentary films. Footage has been re-worked using tints, toners and photochemical techniques The exhibition returns new, in a startling display of beauty and loss.

Phil Hoffman will be present for a Q&A

“Philip Hoffman is one of the few contemporary filmmakers whose work provides a bridge to the classical themes of death, diaspora, memory, and finally, transcendence.” (Martha Rosler)

He has been honored with more than a dozen retrospectives of his work. In 2001 the publication Landscape with Shipwreck: First Person Cinema and the Films of Philip Hoffman, was released comprising some 25 essays. He has received numerous awards including the San Francisco International Film Festival’s Golden Gate Award and the Ann Arbor Film Festival’s Gus Van Sant Award. In 2016 he received the Governor General’s Award in Visual and Media Arts. Hoffman currently teaches at York University, and since 1994, has been the Artistic Director of the Independent Imaging Retreat (Film Farm).

Artist Statement
Over nearly four decades my autobiographical works have grown to synthesize artisanal image production (shooting on photographic film and developing it by hand) with digital processes of image transformation and montage. From the Cagean aleatory procedures used in my four-part Opening Series, to new installations like Slaughterhouse(embedded in an historic slaughterhouse) through to my latest work, Racing Home (2015), an online interactive film, I have attempted to integrate and transform the rich terrain of analog processes into the digital realm. My film work combines the documentary aesthetics pioneered by the National Film Board of Canada’s “decisive moments” and small gestures with innovative forms of cinematic experimentation, influenced by such Canadian artists as Michael Snow, Joyce Wieland, Rick Hancox, Barbara Sternberg and Jack Chambers.

Eva Kolcze is a Toronto-based artist and filmmaker whose work explores themes of landscape, architecture and the body. Her work has screened at venues and festivals including the National Gallery of Canada, the Gardiner Museum, Anthology Film Archives, Cinémathèque québécoise, Birch Contemporary, International Rotterdam Film Festival, International Short Film Festival Oberhausen and the Images Festival. 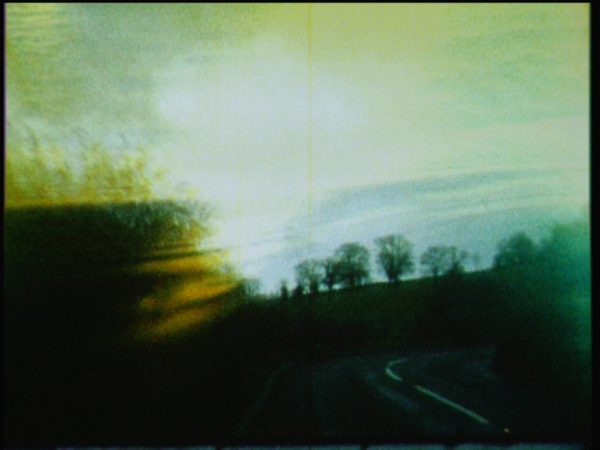 Mnemosyne: Muse of Memory, Inventor of Language. A blue road, an alphabet nursery rhyme, the country of the past, seen in dreams. A Super8 essay on time and simultaneity.

Louise S. Milne will be present for a Q&A

Louise S. Milne is a filmmaker, writer and critic. She makes experimental documentaries and writes on the history of dreams and nightmares. She is Associate Professor of Film at Edinburgh Napier University and lectures in Visual Culture at Edinburgh College of Art. Her films have been shown at festivals from Birmingham to Buenos Aires. Her most recent documentary (“A Boat Retold”) was screened at the 13th Royal Anthropological Institute Festival of Ethnographic Film. She is currently working on a book about the history of the imagination (“Carnivals and Dreams”), and on a documentary about Andrei Tarkovsky.

News from the Sun 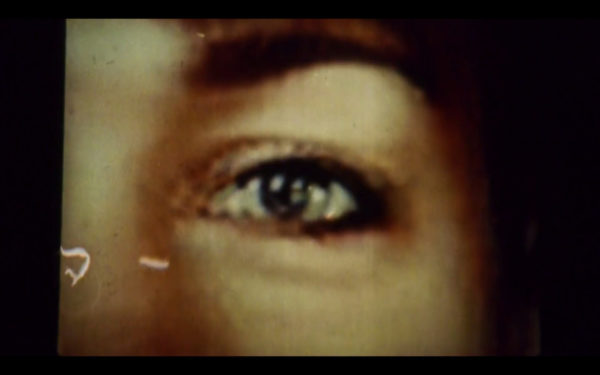 An apocalyptic narrative unfolds through the words of “The Sun”, a British tabloid created by media mogul Rupert Murdoch. 4000 single frames were exposed and accompanied with the pulsing rhythms of the sun collected by NASA, resembling the Buddhist “Om”, the sound of our universe.

The Smyth Brothers were commissioned to make this film by Ben Russell for Moogfest 2016 in Durham, NC as part of a series entitled “Memories of the Space Age”. Thanks to Josh Lewis at Negativland Motion Picture Lab for his beautiful processing/printing work!

Brendan and Jeremy Smyth are 16mm experimental documentary filmmakers who explore the globe in search of cultural oddities. Their interest in visual anthropology has sent them from Mexico to Indonesia showcasing the economic plight of workers through unique methods of storytelling. The twins’ Kickstarted-funded work has won multiple awards and screened at notable festivals/venues including $100 Film Festival, Anthology Film Archives, Antimatter, Athens Int’l, Atlanta, Chicago Underground, Columbus Int’l, Edinburgh Int’l, FLEX, Virginia and Indie Grits. The two are the directors/programmers of the Haverhill Experimental Film Festival in Massachusetts, currently gearing up for its 5th year. Currently, the Smyth brothers live in Durham, NC, where they run a venue downtown called UNEXPOSED Microcinema- a space dedicated to experimental and independent film.