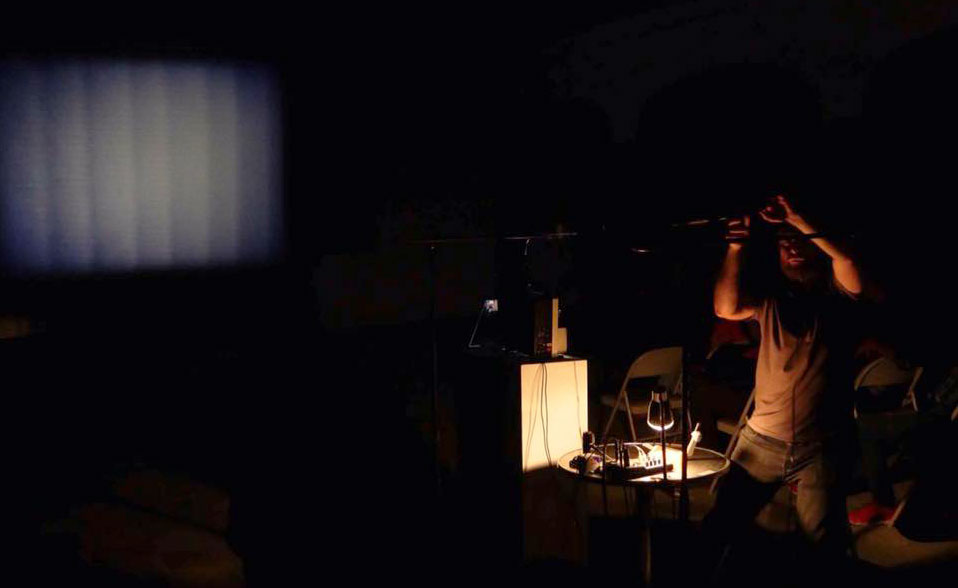 An evening celebrating the resurgence of artist interest in Super 8, embracing the experimental and performative potential of the format through three expanded cinema performances.

The Eye of Amsterdam 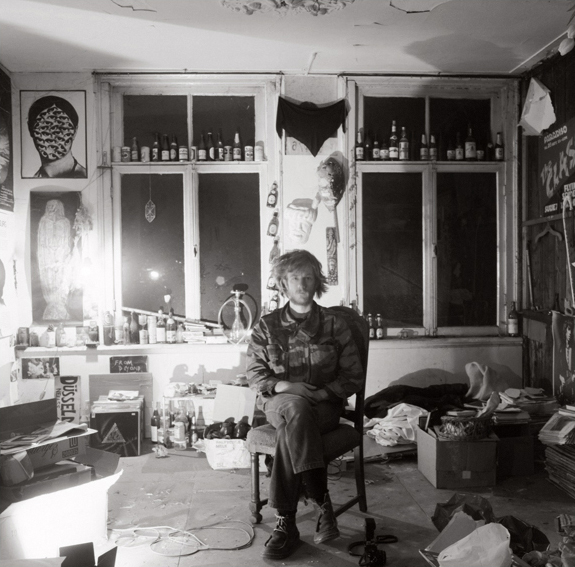 Dutch artist Jaap Pieters has been working with Super 8 for the past three decades. Known as “The Eye of Amsterdam,” he predominately shoots from the window of his apartment, documenting the events of the street below and confining himself to the 3-minute duration of a standard film reel. Widely exhibited across Europe, Pieters joins us at Alchemy for the first time to present a selection of his strange and compelling shorts with a live commentary.

Draft for a Scenario 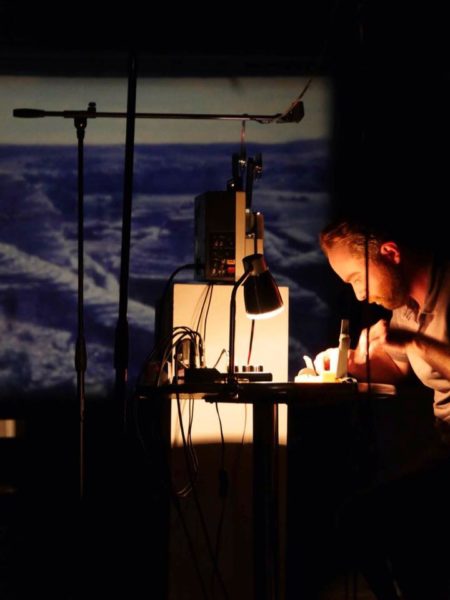 Draft for a Scenario is a live cinema work comprised of a single Super 8 colour film loop with an accompanying generative live-soundscape made by custom electronic synthesizers controlled by light. The film loop is created in-camera and then edited live for an audience, by physically cutting and splicing the Super 8 film material in motion, as it is projected on screen. Positioned firmly within the tradition of expanded cinema, this live cinema work is intuitive and reactionary, leveraging an aleatoric process. Being an improvised work the content exists in a state of flux, both visually and sonically – as much about composing sound with images as it is about re-composing the images themselves.

Film editing is often referred to as the “invisible art”, and at its most fundamental level it is a practice intended to hide or obscure the traces of its own interventions. It is an enigmatic process, black magic conducted in secret, a phenomenal deception in which the audience is entirely complicit. Draft for a Scenario subverts this established relationship by foregrounding the re-composition, or editing of the picture as the primary cinematic experience. Making no effort to conceal the editing process, the viewer sees the images first as they were exposed, and then in new combinations and iterations as the sequence of images is re-organised over the duration of the performance.

Biography/Filmography
Kyle Whitehead is an artist working primarily with small-format film to create experimental and expanded cinema projects. He prefers a careful and considered approach to image making; which should not be confused with best practices, as his work is about embracing the potential of indeterminate process. What he wants is the definitive by chance – leveraging trailing-edge technologies often with unusual or startling effect. His films, performance work and installations have been shown nationally and internationally with recent exhibitions at the Museo Tamayo (CDMX), Antimatter Festival (Victoria, Canada), The 8 Fest (Toronto, Canada), WNDX Festival (Winnipeg, Canada), Smiths Row Gallery (Bury St. Edmunds, UK) and in solo exhibitions at Galerie Sans Nom (Moncton, Canada), and TRUCK Contemporary Art (Calgary, Canada). Kyle is a graduate of the Alberta College of Art and Design and currently resides in Calgary where he spends most of his time in the dark. 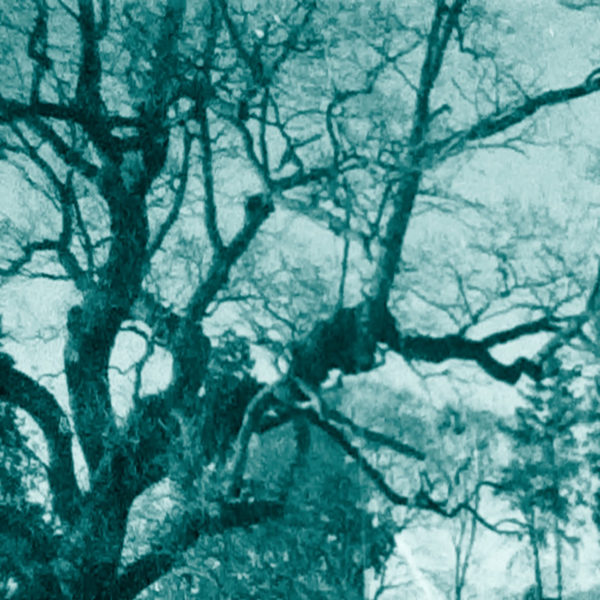 Scottish Borders based artists Avant Kinema (Sarahjane Swan and Roger Simian) have collaborated on music, film, art & writing since 2010. The pair frequently experiment with analogue filmmaking techniques: shooting with batches of long-expired Super 8 film-stock which they process at home using household products, such as coffee and vitamin C, often handcrafting the finished results by directly scratching and painting the film itself. Through the marriage of Super 8 moving image and partially improvised music, the duo aim to channel voices from the Ghost Worlds.