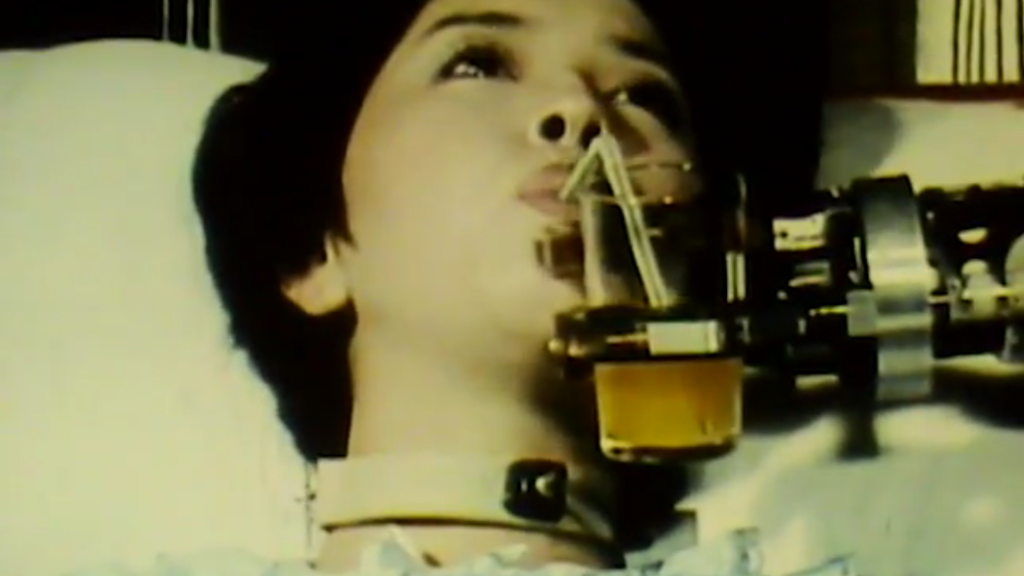 Secret signals stir from the colourful static in this collection, transporting us to trancelike states and higher consciousness. The stuttering parade of patterns in Dot Matrix could conceal any number of hidden codes, while whispers of technological threat lie behind the vivid re-appropriated archive images of Sky Room. Fearful interactions between the living and the electrical similarly underpin the powerful In Glass Houses and the enigmatic The Forest is Offended is just as unsettling, as a forest begins to speak to us in a strange, semi-human voice. Psychedelic, swirling patterns hypnotises us into submission in Hynagogia, an intensity matched by the flickering repetitions of the similarly mesmeric Wishful Thinking and the glitchy video of Towards the Experimental Control of Dreaming. 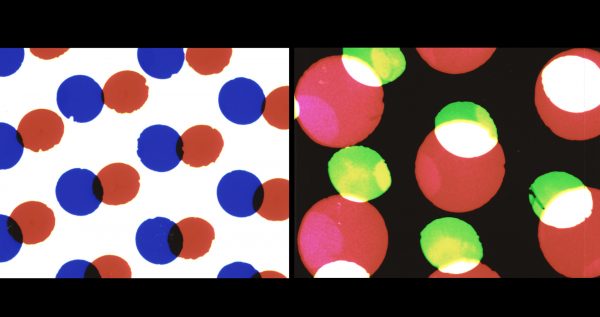 Dot Matrix is a sound and image composition of two 16mm film tracks, made by hand in a darkroom, without any digital intervention. The projectors become instruments that read the images as waveforms. Colorful and fun circles are menacing when played back as sound. 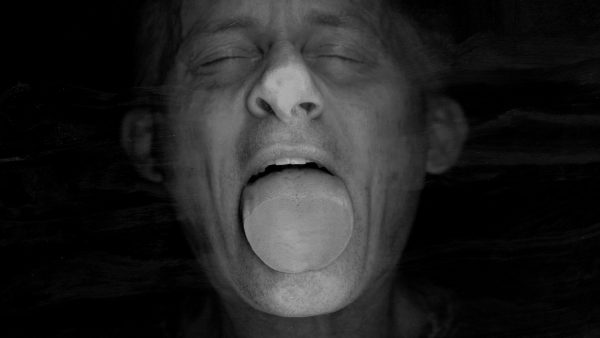 An interview is conducted exploring methods used to facilitate a real research project whose aim it is to capture and analyze human micro-expressions for use by a variety of industries. But the particular research or the use of human subjects is really just a point of departure. This film takes a moment to touch on our use of technology and vice versa. The images in the film are created in three ways; 1. by scanning the actor and two other support figures interacting with the scanner glass and each other, one frame at a time 2. By filming the actor revealed by the light of the scanner as he is being scanned. (Each light pass represents a frame of the reanimated scanner image) 3. through line drawings and smears which trace or mark points of contact between the actor and the scanner glass. 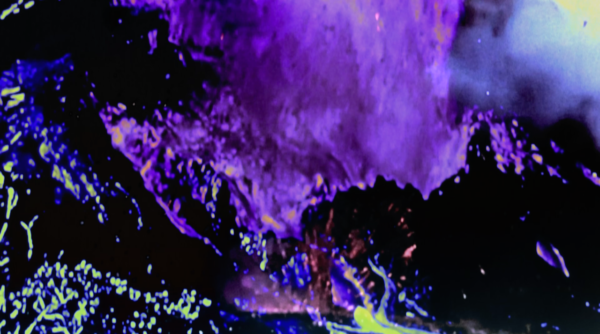 Marked by an intense hypnotic dimension, HYPNAGOGIA amplifies geophysical forces and propels telluric powers. The experience is an ontological fire, a cerebral blast of volcanic sensuality. 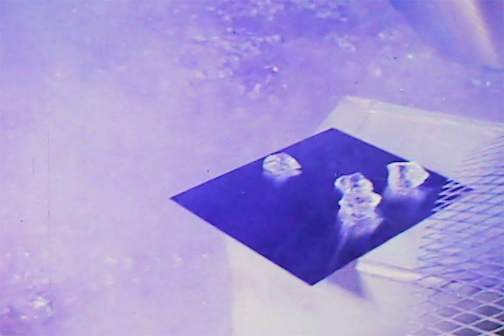 Someone is missing. Plants grow, but at what cost? Technology threatens and seduces as humans attempt to solve a mystery through telepathy and mirrors. Stainless steel and broken glass strewn about an intergalactic discotheque.
Commissioned by the Chicago Film Archives and made in collaboration with sound artist Brian Kirkbride, with footage and sound from the archive chopped, manipulated and arpeggiated into a fertile mix of anthem and narrative.

Biography/Filmography
Marianna Milhorat is a Chicago-based filmmaker and educator. Working in film and video, she utilises landscape and duration to disrupt and transform notions of space and perspective. Her work has screened internationally at festivals and galleries, including the International Film Festival Rotterdam, the Ann Arbor Film Festival, Videonale, and the Museum of Contemporary Art, Chicago. Her work has received awards at festivals including the Images Festival, EXIS (Ex-Now), and the Chicago Underground Film Festival. 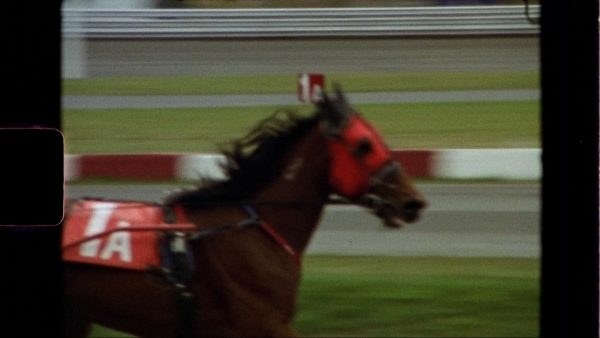 Trotters come round the bend with Immanuel Velikovsky as race caller.
“…the audio interference that he whips up and cycles has the effect of sounding like a brewing storm. The stuttering images of horse-drawn chariots again evoke a coming apocalypse. Is Brown wishing for the end of the world, or for aesthetic gale winds that can bring order to chaos?” Greg de Cuir film curator/programmer

Biography/Filmography
Allan was born in Shawinigan, Canada. His films have won awards in such festivals as the Semana de cine experimental de Madrid, Fesancor Santiago, Chile, Stuttgart Filmwinter, Alternative Film Video Festival Belgrade, Bearded Child Film Festival, and flEXiff Sydney, Australia as well as screening in dozens of festivals worldwide including IFF Rotterdam, VideoEx, Kurzfilm Hamburg and Curtas Vilo do Conde. He most recently had a survey retrospective as part of the Kinesthesia screening series at Dom Omladine in Belgrade, Serbia (2017) as well as the Montreal Underground Film Festival (2017). He was a member of the Volatile Works media arts collective who had retrospectives in New York City (2007), a spotlight screening at the Fantasia Film Festival Montreal (2007) and a soirée carte-blanche at the Cinémathèque Québécoise.

Towards the Experimental Control of Dreaming 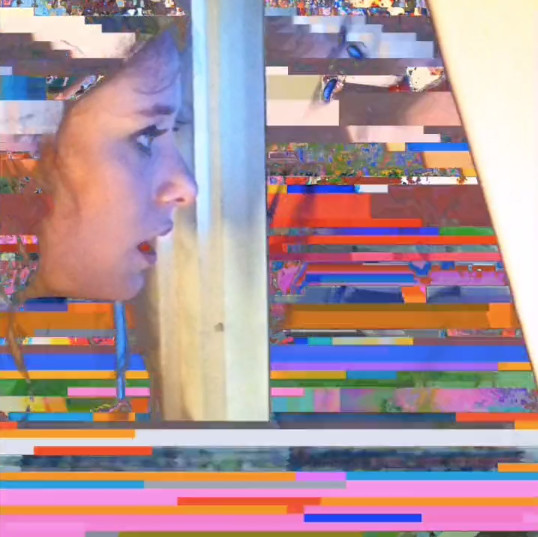 A visual prose poem on a missed encounter during a brief period of altered states of consciousness.

The “Monroe Techniques” of outer body travel can be found in Robert Monroe’s 1971 book Journeys out of the Body, or summarized in D Scott Rogo’s Leaving The Body (1986)

The title “Towards the Experimental Control of Dreaming” is taken from a chapter in a book of essays collected by Professor Charles T. Tart called Altered States of Consciousness (1961)

The Forest is Offended 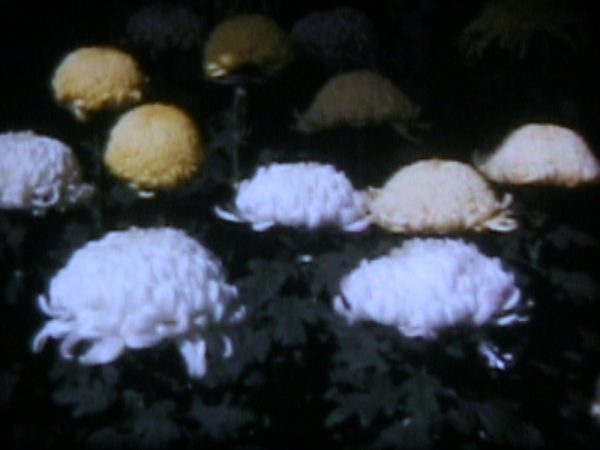 This is a short 16mm film poem thinking about the physics of sound, the need sound has to vibrate and bounce off a molecule or atom to return to our ears; it is thinking about this physical property as a metaphor for spirituality or love. This film was shot on expired film from 1970 whose own molecules needed to be called back. To us.