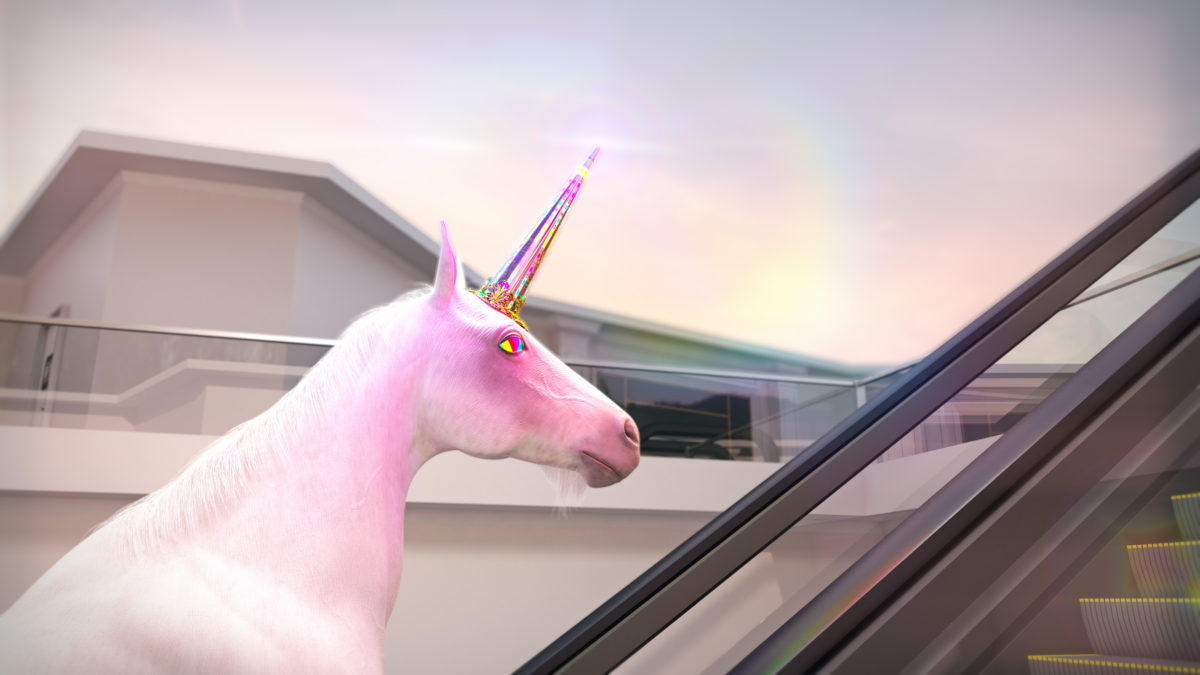 Like the last soul left on the dancefloor, these films teeter on the verge of collapse, jerking to the beat and crackling with electricity. The eerie computer-generated Disco Beast and the frenetic Lagos-set All My Phone Numbers Drowned In, both use dazzling, surreal visuals to raise uncomfortable questions about the insatiability of western capitalism. Deconstructed text and images collide to a clanking soundtrack in glitch collage L’inter-code. Hey You! is just as rigorous, taking the menacing perspective of a hovering drone to observe a world enslaved by screens. Altogether louder is Patches of Snow in July, a wild ride through religious fanaticism, environmental apocalypse and punk rock, while in PINGPINGJERKSPASM a cast of simulated avatars gyrate dispassionately to convulsive rhythms. If the apocalypse is coming, let’s go down dancing. 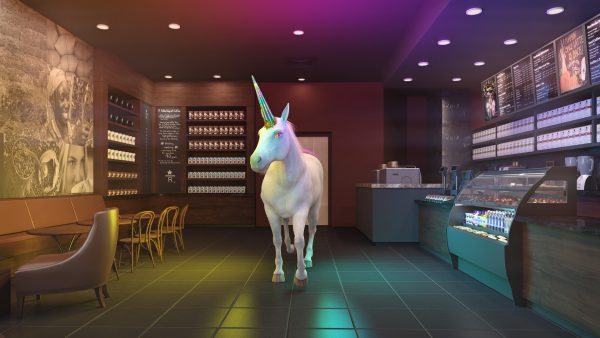 A unicorn loses his rainbow magic in this surreal and dystopian animated film.

Biography/Filmography
Jonathan Monaghan (born 1986, New York) is an artist working with animation, prints and sculpture. His works are dreamlike explorations of fear and desire in the digital age, critically examining issues surrounding wealth, consumerism, authority and technology. Past exhibitions and screenings of his work include The Sundance Film Festival, The Minneapolis Institute of Art, The Hirshhorn Museum, and The British Film Institute. His work has been featured in several media outlets including The Washington Post, VICE, The Wall Street Journal and The Village Voice. Monaghan is represented by bitforms gallery in New York and Galerie 22,48m2 in Paris. 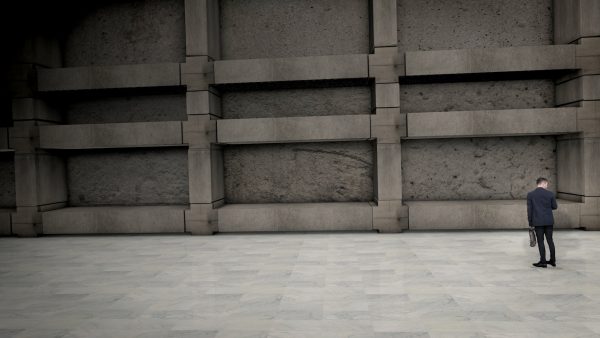 The work takes the perspective of a menacing drone: watching people on mobile phones, hovering over shoulders and darting away to avoid detection. The work asks questions about an obsessed screen based culture, about control and the power of information.

Biography/Filmography
Tessa Garland’s work has been shown in events, screenings and exhibitions in numerous locations internationally including the ICA, Whitechapel Art Gallery, The Wellcome Trust, Dias Digital Art Space, Denmark, Queens Museum of Art, New York, the MACVAL Contemporary Art Museum, Paris, and the Australian Centre for Moving Image, Melbourne. Tessa Garland is organiser and curator of the highly regarded International moving image and performance arts festival Visions in the Nunnery, the Nunnery Gallery, London. She has been in receipt of numerous arts awards both to support her own practise and to organise ambitious arts events and exhibitions.

ALL MY PHONENUMBERS DROWNED IN 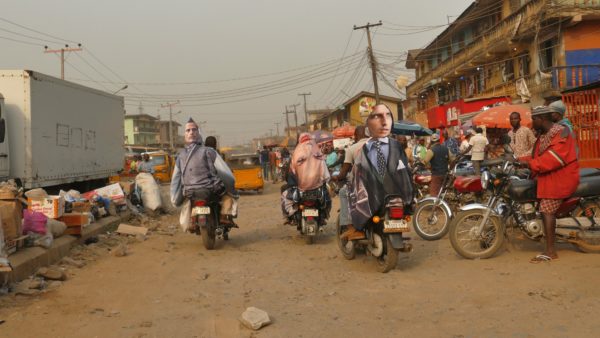 Miss Lipstick is the only thing right-side-up in a topsy-turvy western world. How is she doing in Lagos? In times, when life happens behind glass and mirrors our natural landscape our habitat becomes information. The minds of our society have been conquered. We are not willing to discuss fetishism, global shifting in media and methods, postcolonialism from a white anglo saxon protestant view, nor a university, or theoretical choreographical point of view. “Since everything is digital – it is mixable” By painting collages the performers are intentionally questioning the classic definitions of mediums and techniques. The painted collages become tableau vivantes. They lease their life from others. I am working at the schism between image and substance. Aren’t we already living in a collage? Didn’t we notice? 3 fashion models on their way through the megacity of Lagos, Nigeria 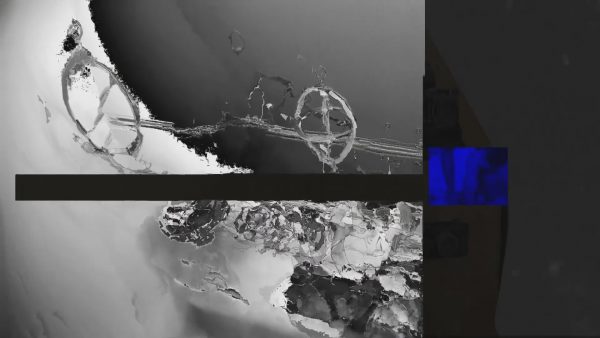 Strengthened by the soundtrack, this animation opposes images and texts in line with the ideas of Vilém Flusser: texts and images confront one another in the representation of the real world. This dialectical relationship, whose synthesis is yet to be discovered, is matched in the video by another opposition: tribal men living in equilibrium with nature, contrasting with the divergences of technical progress. L’inter-code questions the possibilities and limits of science and its materialisation in technology.

Biography/Filmography
Visual artist living and working in Paris. After a first autodidact experience with film photography, followed by studies in Art History and Archaeology in Lille III University, and Photography and Contemporary Art in Paris VIII University, Pablo-Martín Córdoba organised his work around image in his relationship with duration: subjective temporality which introduces the possibility of movement. As much the latent movement that is present in still images, as the stillness constructed from animated images defines for the artist a homogeneous domain in which the undifferentiated image becomes plastic material. Thus conceived, photography is capable of generating new forms that speak differently of reality, without excluding shifts towards fiction. His work has been exhibited in Europe (France, Portugal, Spain, Romania) and in America (Argentine, Canada, Colombia). He was awarded an international prize for his series Rémanences in 2017. His video L’inter-code was selected for the international festival Encontros da Imagem 2017 in Portugal, and Traverse Vidéo 2018 in France.

Patches of Snow in July 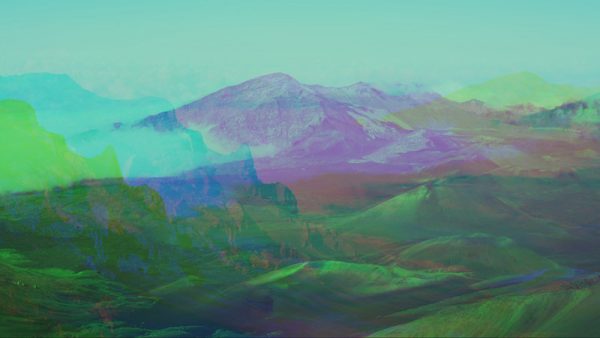 Gods, natural disasters and the end of radio… mythology, religious fanaticism, climate deniers, environmental profiteers, natural disasters, and the threat to free speech reflected in the mirror of an unnatural, morphing landscape. 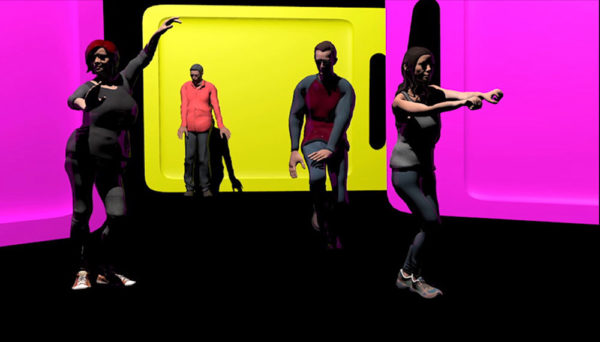 Biography/Filmography
John Beagles and Graham Ramsay are based in Glasgow, Scotland. They have worked collaboratively since 1996. Their work has been exhibited internationally at venues including the Venice Biennale 2003, PS1 MOMA, New York the Migros Museum, Zurich, The New Museum of Contemporary Art, New York, YY Artists Space Toronto, Living Art Museum, Reykjavik and the Rotterdam International Film Festival. They have also exhibited widely in the UK at venues including Tramway and Transmission, Glasgow, The Fruitmarket and Collective in Edinburgh, Chapter Arts Centre Cardiff, Gasworks, and The ICA, London.