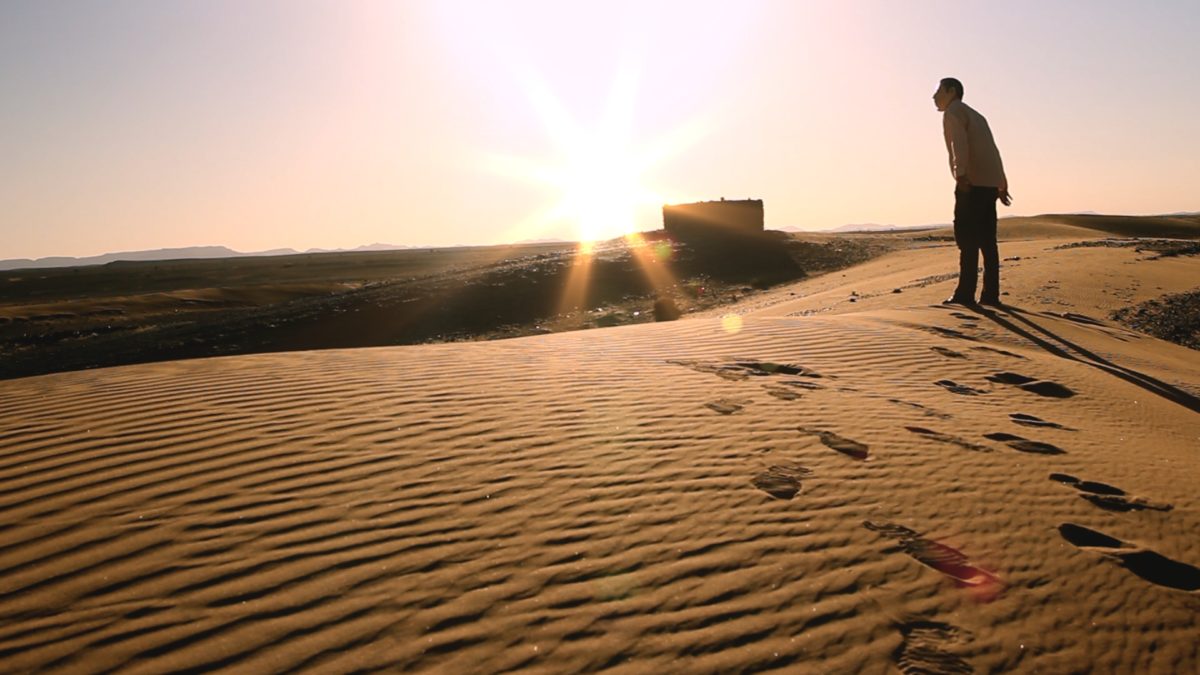 From October – December 2017, Alchemy ran two one-month residency programmes at Café Tissardmine, on the edge of the Sahara Desert in Morocco. This curated programme showcases a selection of the work created by the filmmakers who attended. These films demonstrate the different ways in which these artists responded to the beautiful but unforgiving desert landscape that surrounded them, touching upon themes of dislocation, myth, ecology and identity. Just as intriguing, is seeing the deeply personal and sometimes surprising ways their work reflects the creative possibilities and limitations of the residency experience itself.

Read more about the residencies here. 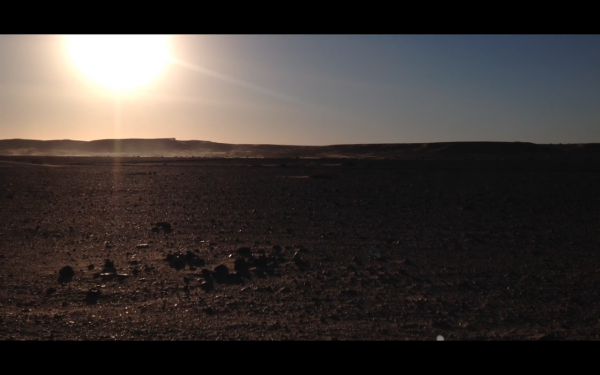 A film documenting the hostile yet alluring nature of a landscape. 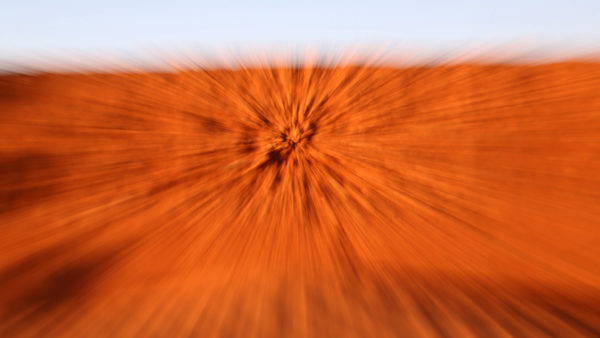 A heart desires to break through invisible walls by means of a meditative walking practice, in order to connect the near and the far and to achieve the state when the self vanishes.

Based in Scotland, Lin Li has been using moving image and sound in her creative practice since 2011. Her works roughly fall into two categories: short meditative videos on subjects such as the ephemeral elements of nature or the transience of life; and documentaries which involve varying degrees of experimentation. Her films have been screened in the Alchemy Film & Moving Image Festival and other festivals in different countries.
Read more about Lin’s residency experience here. 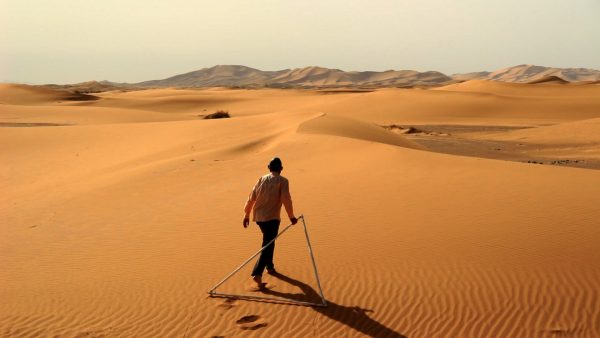 The Moroccan desert provides the backdrop to a poetic meditation on the search for and nature of meaning. 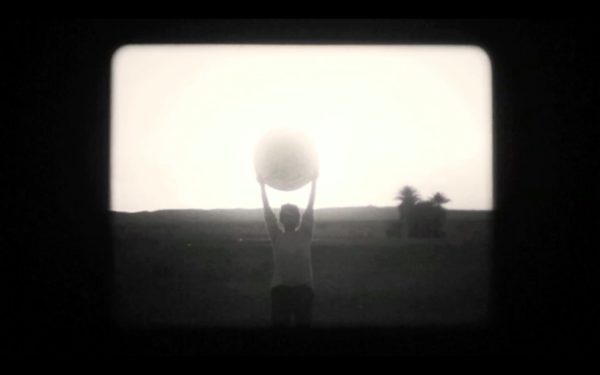 An attempt to block the last rays of daylight from the camera using my shadow and a lighting reflector.

Biography/Filmography:
Laura Hindmarsh is a visual artist working across performance, text, analogue photomedia and moving image. In each incidence the work is an interrogation of the chosen medium, often pushing the mode of production and the body’s engagement in this process to a point of exhaustion or collapse. Working with processes of embodiment, repetition and layering, Hindmarsh highlights and questions established modes of representation and knowledge systems.
Read more about Laura’s residency experience here. 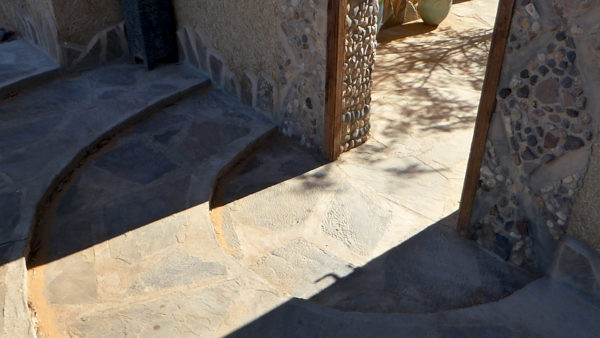 Every day thresholds are crossed both literally and metaphorically. This action helps to define decisions made and, in turn, lives that are led. However, even if enticing or inevitable, there are times when crossing a threshold might be better delayed or avoided.

Biography/Filmography:
Jane has worked extensively in dance and theatre in a number of countries across the world. She is now bringing those skills and the eclectic experiences of her past to explore and develop new ideas in film. She has already had work shown at a number of film festivals, had her first solo exhibition in 2017 and was pleased to be chosen for the Alchemy Film Residency in Morocco.
Read more about Jane’s residency experience here.

Sixty Three Plastic Bottles and One Aluminium Can 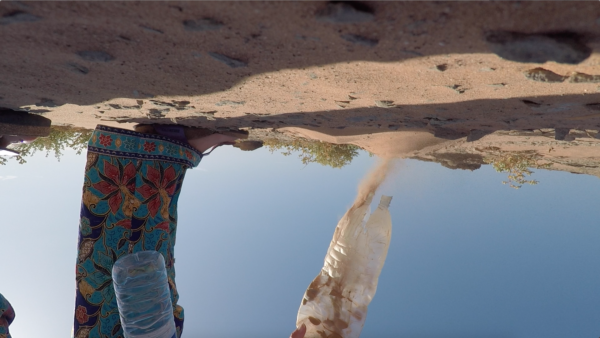 A woman walks in a foreign desert, attempting to make sense of a trauma. A new relationship with inanimate objects who inhabit the landscape.

Biography/Filmography:
Jessie Growden started making films in 2014 as a participant in an Alchemy Film & Arts initiative. She is a founding member of the Scottish Borders based Moving Image Makers Collective. Her films explore place and landscape through a playful approach with small cameras placed to experience moments. 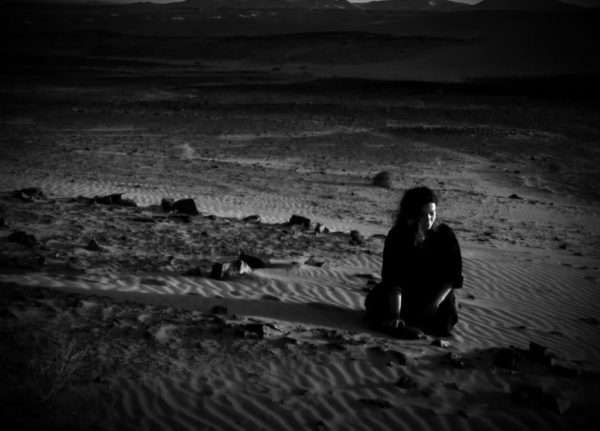 Amidst the vacuum of the Sahara, the blended emotions are purified for reflection and meditation, revealing the futility of Self — the legacy of inherited and mutilated identity.

Know What is Above You 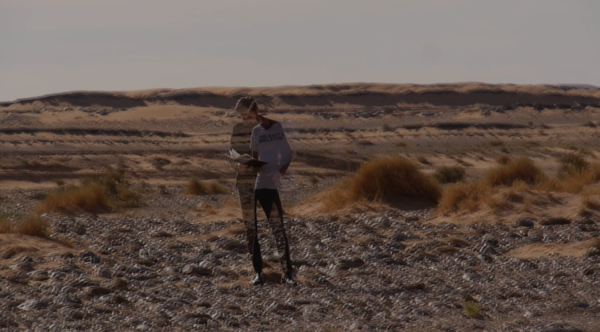 What if the poetry of the desert is the art of not speaking, but just listening?

Biography/Filmography:
Sebastian Cordes is an experimental documentary film maker, with a background in philosophy, writing and wine. With an interest in the slow style of film making, long takes, anthropological voyeurism and a keen interest in exploring boredom as a creative force. His latest film include A Place Called Lloyd – a portrait of a Bolivian airline that went bankrupt in 2008, but where 100 employees still show up everyday, and NONPLACES, an exploration of places that could be anywhere in the world (highways, parking lots) edited by an randomizing algorithm. 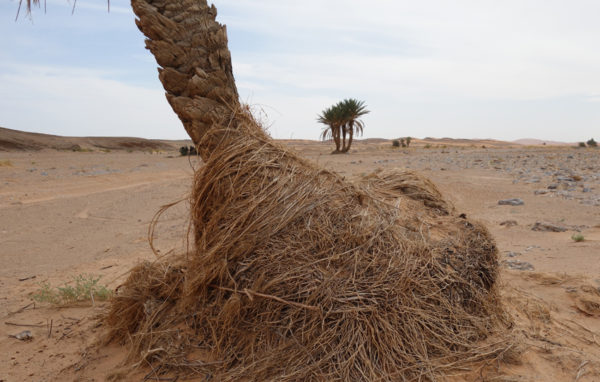 This film, created during the recent Alchemy Film & Moving Image residency in the Sahara Desert, has a tripartite structure inspired by the Chinese name for Morocco (摩洛哥), with the parts focusing on three different sensory modalities (touch, seeing, and hearing) through which the visiting filmmaker experienced the desert environment. Underlying the whole film is the question of how she positioned herself in relation to the host country during her short stay, whilst acknowledging that her subjective experience of the place was inevitably fragmentary and limited.

Biography/Filmography:
Based in Scotland, Lin Li has been using moving image and sound in her creative practice since 2011. Her works roughly fall into two categories: short meditative videos on subjects such as the ephemeral elements of nature or the transience of life; and documentaries which involve varying degrees of experimentation. Her films have been screened in the Alchemy Film & Moving Image Festival and other festivals in different countries.
Read more about Lin’s residency experience here.