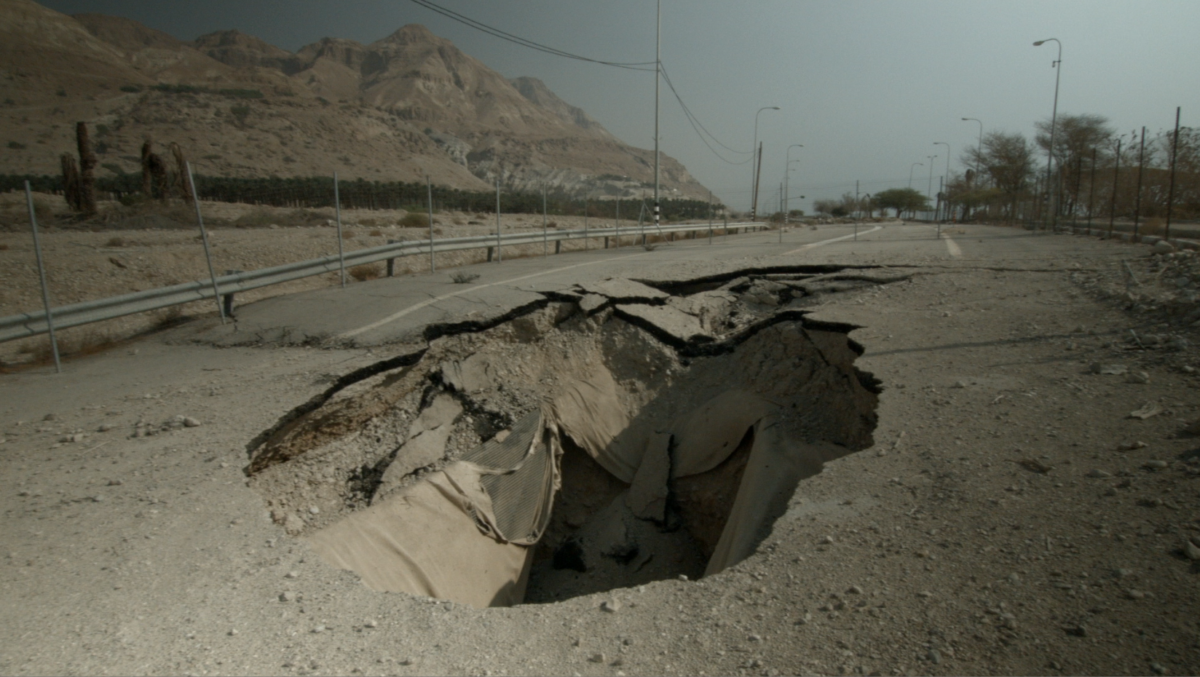 A double bill of beautifully observed and politically charged films that place us within the volatile geopolitical contexts of Bosnia and Herzegovina, Israel and Palestine. These films offer subtle explorations of the way economic and military forces shape our experience of place, the devastating consequences of human violence, and forms of resilience.

* Didem Pekün and Sasha Litvintseva will be present for a Q&A. 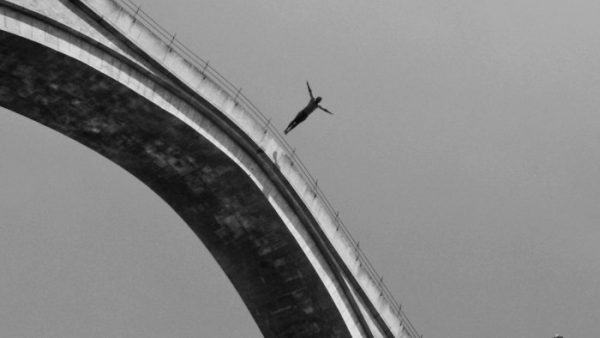 Araf is an essayistic road movie and diary of a ghostly character, Nayia, who travels between Srebrenica, Sarajevo, and Mostar in Bosnia. She has been in exile since the war and returns for the 22nd memorial of the Srebrenica genocide. The film is guided by her diary notes of the journey, which merge with the myth of Daedalus and Icarus – Icarus being the name given to the winner of a bridge diving competition in her home country. The story of Icarus and Daedalus, a myth symbolic of man’s over-ambition and inevitable failure, is woven throughout the film as a way to think about exorcizing the vicious cycle of such events happening in the future and of a possible reconciliation. Nayia also thinks of Icarus from a different perspective, that of seeing the optimism of such a leap, his braveness in taking a leap into the unknown in this era of radical instability, that perhaps Icarus wanted to write a different narrative. Araf thus traces these paradoxes through Nayia’s displacement and her return to her home country post-war – that of a constant terror and a permanent standstill, and the friction between displacement and permanence.

Biography/Filmography
Didem Pekün was born in 1978 in Istanbul, Turkey. Her work explores both artistic research and practice; conceptually it deals with the production of subjectivities within violent geographies, displacement, and the different forms they take on screen. Her studio practice includes documentaries and video installations, which have screened internationally and received awards. She is a founding member of the Center for Spatial Justice (MAD). Following a BA in music at SOAS University of London and an MA on documentary at Goldsmiths, she holds a practice-based PhD from Visual Cultures, Goldsmiths. She is a faculty member at the Media and Visual Arts Department at Koç University, a Research Fellow at Visual Cultures, Goldsmiths and a Teaching Fellow at the Institute of Advanced Studies, CEU, Budapest. 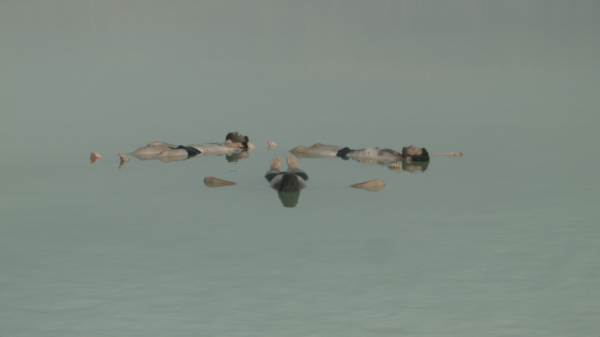 Departing from the etymological derivation of both “salary” and “soldier” from “salt”, the film Salarium captures the entanglement of economic, military, and geological forces, which manifests in the figure of the sinkhole. Thousands of sinkholes are today perforating the shores of the Dead Sea in Israel and Palestine, covering a wide strip of land that stretches between the water and the vast Judean desert around. Swallowing the remnants of what used to be a popular beach, a water park, or a settlement, the sinkholes make the land uninhabitable and hazardous. What Zionists once called a Natural Treasure to attract tourism and investment, is today a dilapidating site erected on unstable grounds. The sinkhole appears as both visible symptom and active cause of the failure of a colonial project to instrumentalise nature, collapsing together two temporal scales: the micro-histories of settler colonialism and the slow disaster produced by the exhaustion of natural resources. It appears as the collapsing of the surface into the sub-terrain, with that collapsing the possibility of thinking of territory as mere surface.

Daniel Mann is a London based filmmaker and writer. He is currently completing his PhD thesis at Goldsmiths College on image warfare and the integration of habitual media into armed conflict. Mann’s films were shown internationally. His latest feature film was premiered at the 2017 Berlinale’s Forum and received the best first feature award at the 2017 Haifa Film Festivals.