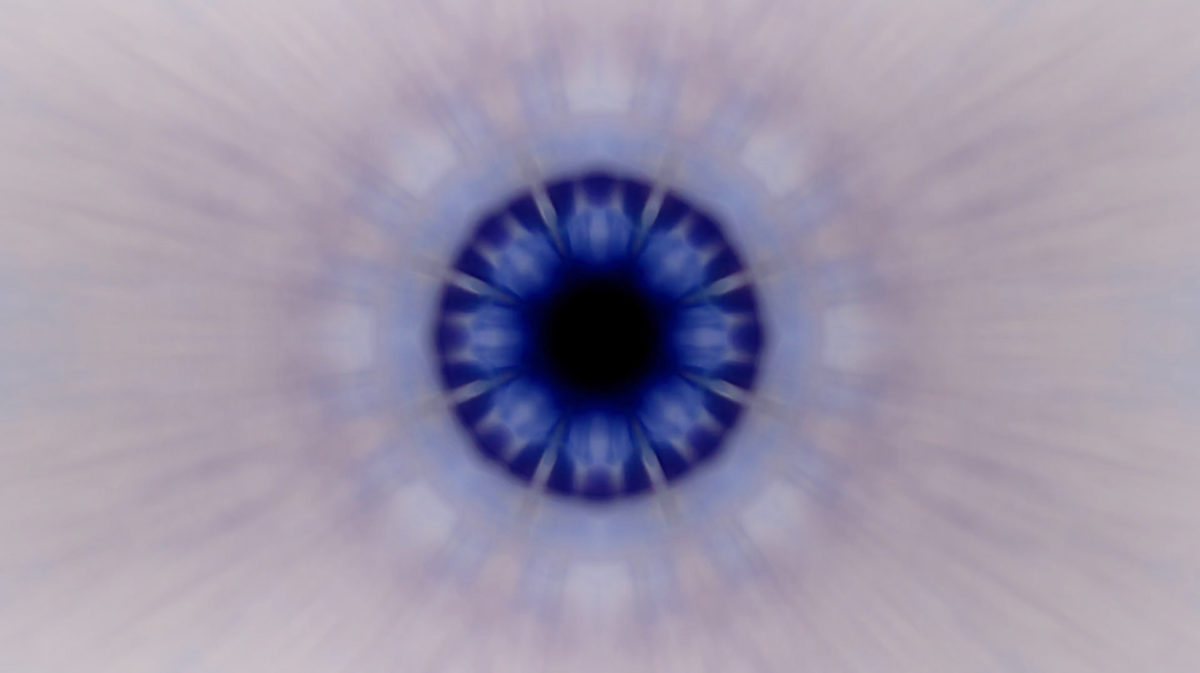 Night vision, quantum physics, entanglement and Johnny Golding’s philosophy of radical matter are investigated in Entangled Nightvisions. Transitions takes us on a journey from the civilising void of the desert to a maximal urban, capitalistic and hedonistic density. A sofa becomes a carriage in Drag, as the familiar furniture of home is invested with new vitality. A rigorous investigation of Frames, shapes and symbols heightens the experience of a woodland walk, leading to a meditative journey into perspective, shapes and landscape in Demarcation of a Dream. The unseen slowly erupts through the quietly banal surface tensions of mundane leisure time in Errata, to surprising effect. Alkaid takes us on a nocturnal wandering across the starry sky, an earthly pilgrimage looking for epiphanies.

*Aurèle Ferrier, Bea Haut, Jason Moyes and Lea Petrikova will be present for a Q&A. 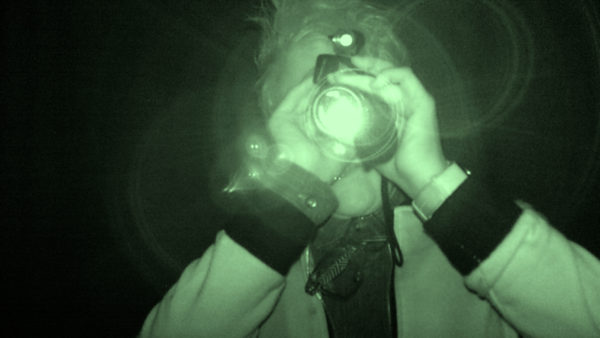 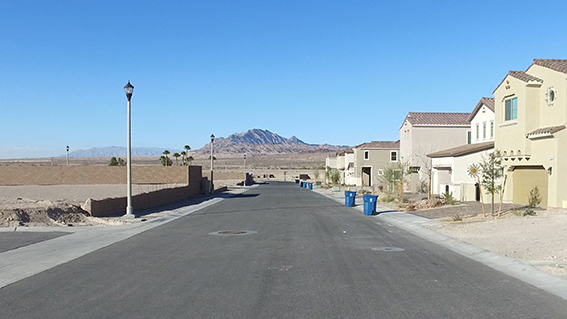 TRANSITIONS is a journey from the civilising void of the desert to a maximal urban, capitalistic and hedonistic density, which in the case of Las Vegas assumes some bizarre expression. The film is a contemplation without any people or moving machines in it, focussing on the built and designed. The narration is fragmentary and works with calm frontal, raw tracking shots. TRANSITIONS is also a narrative of “city-becoming”.

“The work Transitions (2017) by Aurèle Ferrier examines the traces left by human civilisation – the conquest of the unwelcoming hostility of the desert ends in the surreal and hedonistic consumerism of Las Vegas. The camera leads us, with a menacing langour, through a backdrop of deserted city-outskirts. The buildings, cars and billboards speak of people’s dreams as they strive for a version of happiness. The prevailingly eerie, apocalyptic mood draws you along on this filmic journey. These traces of humanity seem increasingly laughable and helpless, they vibrate with a peculiar melancholy. Where have the people disappeared to? One has the impression a catastrophe has occurred, an epidemic, or maybe it is simply an empty film set after a shoot? The film with its calm and assured grasp on image and sound is able to produce a refined suspense. The film takes the viewer on an odyssey, one that could also be a metaphor for the boundaries of human endeavour. The human culture and civilisation that emerged from the desert, will in the end be desert again.”
Esther Eppstein & Elodie Pong

Aurèle Ferrier (1975, St.Gallen, CH) lives in Zurich. He attained a BA in Theatre and an MA in Fine Arts at Zurich University of the Arts. With his video and cinematic works, actions and interventions he explores the limits and connections between nature and civilisation. “His video works display a calm contemplation and visual precision” (Alexandra Blättler, curator). He has exhibited on all the continents and won prizes, i.a. a Grand Jury Award at the Slamdance Film Festival. 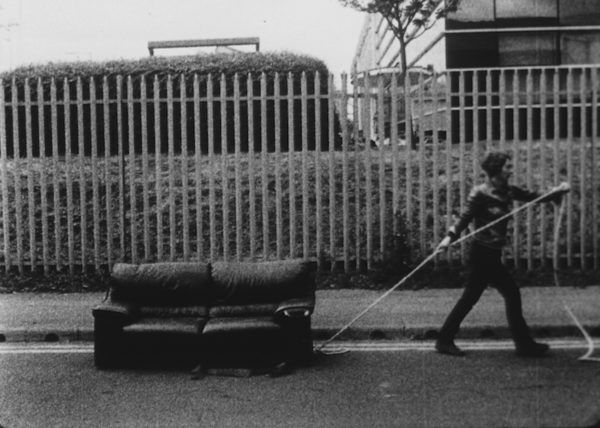 Poetic Theater of the Overlooked. Inspired by a dejected sofa left in the street, ‘Drag’ became a comic interruption of the rule of the road.
A road test of materials, bylaws and nerve.

Biography/Filmography
Bea Haut is an artist who works primarily with 16mm film. Manifesting as sculpture, installations and projections, her works allude to perceptions of inter-related moments, spaces, and actions in between. During the 90s she worked with Loophole Cinema, and recently has been producing Analogue Recurring, a 16mm screening event in London. She is a co-founder of Film in Process which is an artist-run service for B&W 16mm processing in the UK. Her films have been shown internationally in festivals such as Media City Film Festival, Edinburgh International Film Festival, Experiments in Cinema, Alchemy Film & Moving Image Festival, and at venues such as the Museum of Moving Images, New York and the ICA, London. 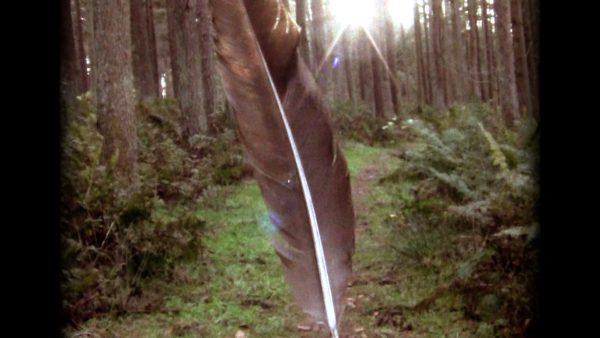 Subtle shapes and symbols followed on a woodland walk leads to a forgotten, abandoned landscape.

Biography/Filmography
Jason Moyes gained an interest in short film in 2007 after producing no budget DIY music videos for his band. He has worked in a range of creative roles including radio producer and presenter, music journalist and photographer. His experience working creatively with sound and other media has informed his work and although he has gone beyond producing music videos he still embraces the DIY approach to film making.  Jason has had work shown in the UK, Europe and America and is a founding member of the Scotland based Moving Image Makers Collective.

Demarcation of a Dream 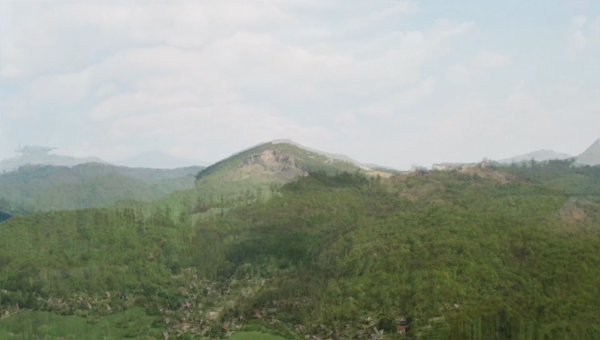 A meditation on perspective, shapes and landscape.

Biography/Filmography
Based in Prague, Czech Republic, Lea Petrikova is a visual artist. In 2016 she received her MFA (MgA.) from the Center for Audiovisual Studies (CAS) at Film and TV School of Academy of Performing Arts, Prague (FAMU). Works on personal projects, commissions, different collaborations and also on a theoretical research. Since 2017 she has been a PhD Candidate at FAMU. 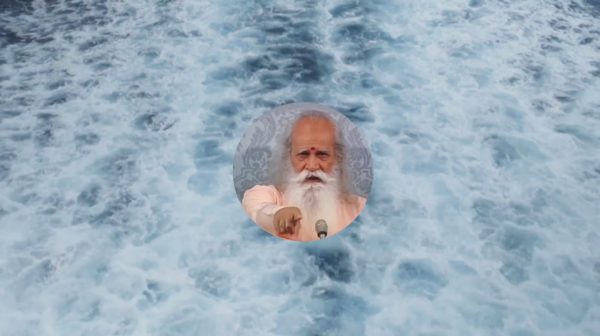 Rhythms of the mundane become a meditation on leisure, work, and time. As the visual cycle repeats – passengers load, unload, reload, boats arrive, depart, arrive – the reading of the Italian ferryboat schedule – town names, times, and departures – morphs from announcement to chant, boats transform, deconstruct, and twist into a mindscape, rendering the unseen, the errata, seen. 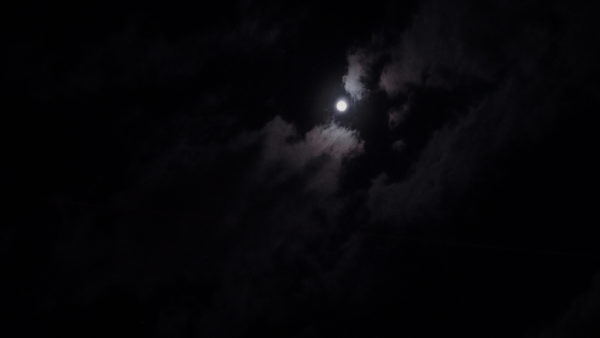 Vaghe stelle is a seven-chaptered film, conceived as a musical album and composed of seven movements, which can be watched singly (like songs), or in the established order (like a record) or also mixing the films creating new combinations or possible narrations.

Biography/Filmography
Since 2000, Mauro Santini (Fano, Italy, 1965) has composed a series of video diaries, stories told in the first person about time, memory and the search for oneself. One of these, ‘Da lontano’, won the Italian competition at the 2002 Torino Film Festival. He has participated at the international film festivals of Locarno, Venezia, Oberhausen, Jeonju, Annecy, Rencontres Paris/Berlin/Madrid, DocLisboa, Cinémas Différents Paris, Montpellier and Pesaro amongst others. In 2006, he made the feature film Flòr da Baixa and participated in 2008 with different works at “La cité des yeux, une saison italienne”, about Italian avant-garde cinema from 1968 to 2008, which was organized by the Cinémathèque Française in Paris and curated by Nicole Brenez.